Gorgeous globetrotter Josephine Cox tells us of the joys of a winter break in sunnier climes. 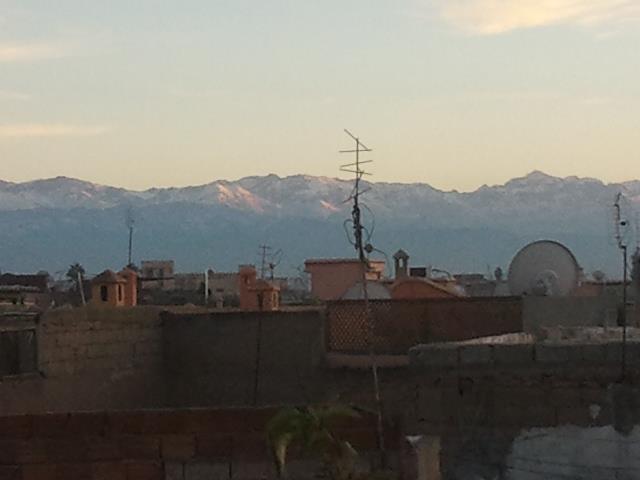 Too many late nights of trudging home through rainy London, dark mornings commuting on flu-infested tubes and sickly-sweet Christmas songs blasting from the radio, encouraged me to make some significant changes to my run up to Christmas 2012. Faster than you can say Rudolph, I agreed to swap snow boots for flip flops, mince pies for couscous, and bustling through the mobs of shoppers on Oxford Street for a relaxed mini-break in the magical town of Marrakesh.

Now I’m no scrooge and can’t deny my love of crisp walks in the snowy countryside, nights in by the fire and the succulent smell of baking that fills the air at this time of year. I’m also a lover of Christmas markets and carving down the slopes on freshly-waxed skis, but if three days of vegging on rooftop terraces and ambling around the lively souks is ever on offer again, I’ll certainly be the first in line.

Thanks to the nations favourite orange airline, tickets to the Moroccan capital didn’t break the bank and a four-hour flight is a small price to pay for being transported into to what can only be described as a different world. 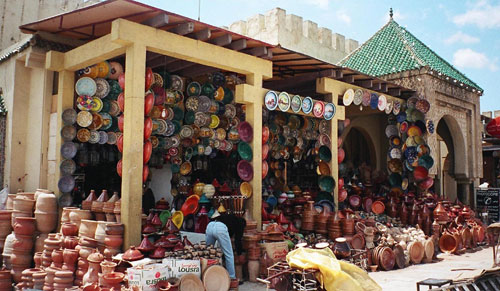 My friendly cab driver Kamal was only too keen to give me a brief lesson on the history of his country during our twenty minute drive into the old town. Some facts – like that the city has been a UNESCO World heritage site since 1985 – fascinating. Others – like that he lives in the royal palace – also fascinating. Though strangely unconvincing.

Arriving in the town centre, I was immediately struck by how friendly the locals are. Kamal effortlessly dragged my wheelie case full of wrapped gifts through the dusty backstreets, and at the guest house – or “riad” – I was given the warmest of welcomes – and not just by the members of my family, who had all flown in from various location around Europe earlier in the day.

Over a dinner of aromatic Tagine infused with mouth-watering spices, roasted vegetables, traditional flat bread and deliciously sweet mint tea, we pooled the few Morocco facts we’d each garnered from various battered guide books and later – over a eye-wateringly sugary dessert – mused at a miniature turtle that had decided to join us for dinner. I named him Thomas, though the waiter later curtly pointed out that his name was actually John.

OASIS FOR THE SENSES 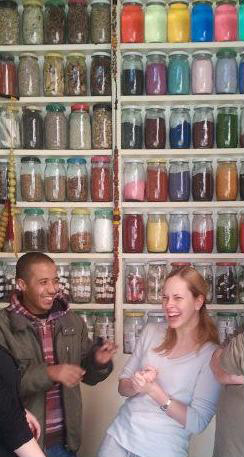 Morocco, perched at the foot of the Atlas Mountains is the country’s third largest city and comprises an old fortified city, known as a “medina”, and more modern neighborhoods.

As well as being one of North Africa’s busiest cities and a major economic centre, it’s a flourishing tourist destination which the reigning Moroccan monarch, Mohamed VI, strongly advocates. He’s even set a goal of doubling the number of tourists visiting Morocco to 20 million by 2020.

The city is an oasis of colors, aromas and sounds and throughout the three days that we spent absorbing the city, there was never a dull moment.

Highlights of the first day included meeting a family of chameleons, learning about the healing powers of lavender, rosemary, coriander, mint and co. experiencing the stench of the tanneries and exploring the Jemaa el-Fnaa (or Djemaa el Fna) – one of the most famous squares in all of Africa. 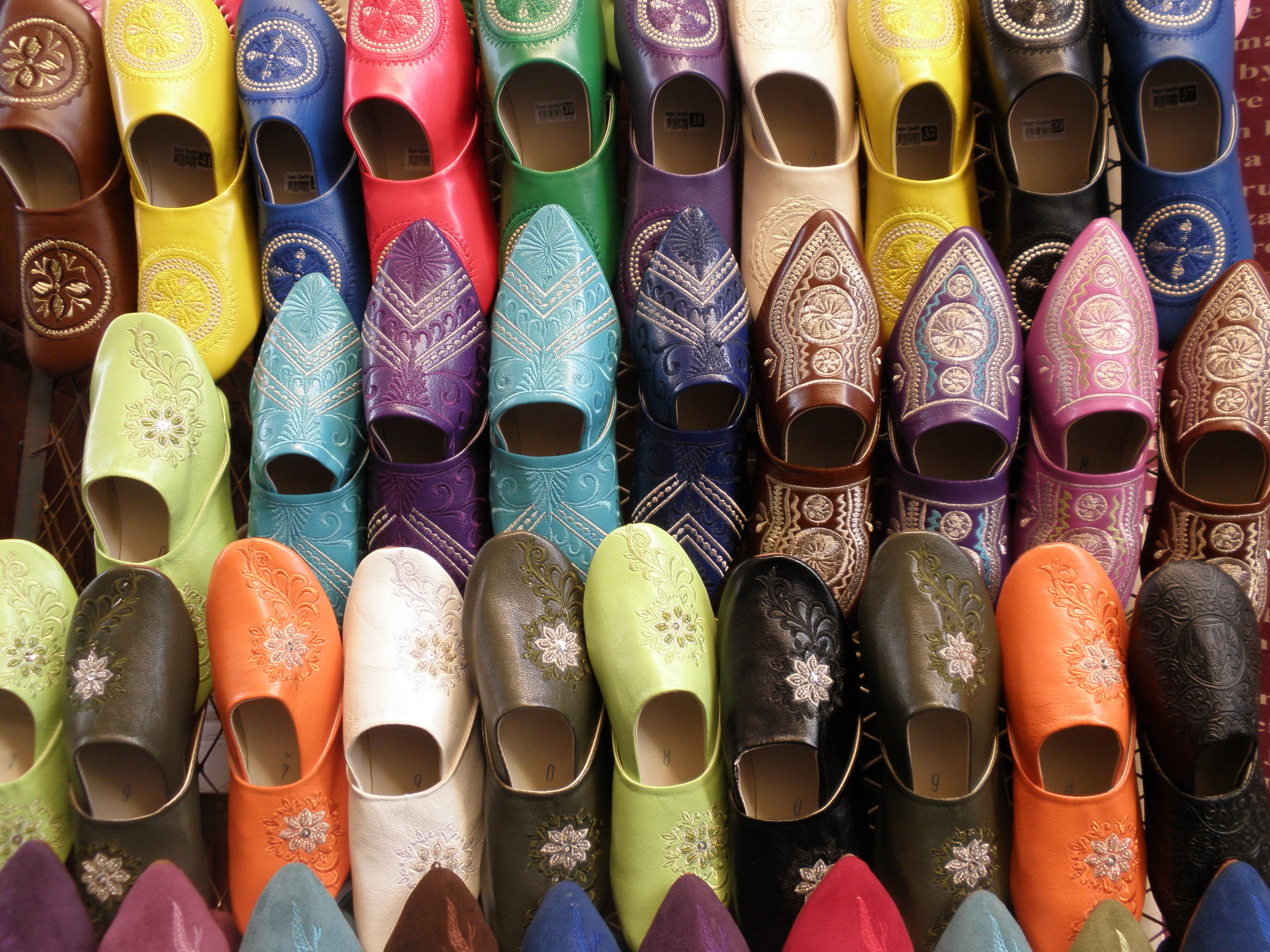 Later that day, we all treated ourselves to a hamam – or traditional Moroccan scrub-down – followed by a blissful massage with oil won from the kernels of the argan tree, endemic to Morocco.

Day two gave retail therapy a whole new meaning and my haggling efforts were rewarded with a beautiful leather handbag – likely to have been mooing just weeks earlier – and a traditional palm-shaped amulet, or “hamsa”, which market salesman Asi said would protect me from “the evil eye”.

My parents, meanwhile, got their hands on a set of intricately decorated silver water decanters, several types of soap, spice and oil, and a camel bone walking stick, which can be transformed into a rather frightening silver saber – a fact strategically concealed from airport security.

Unlike the stall keepers in other market towns, Moroccans seem remarkably content and are perfectly happy to let you pass by if you decide not to buy their llama wool shawl or brass bottle opener in the shape of a camel – despite being offered a “special price”. They tend to be outspoken and hugely trustworthy – often leaving you in their stalls for five or even ten minutes unattended – while their fetch you a glass of complementary jasmine, mint, lemongrass or star anise tea to sip while perusing their goods. 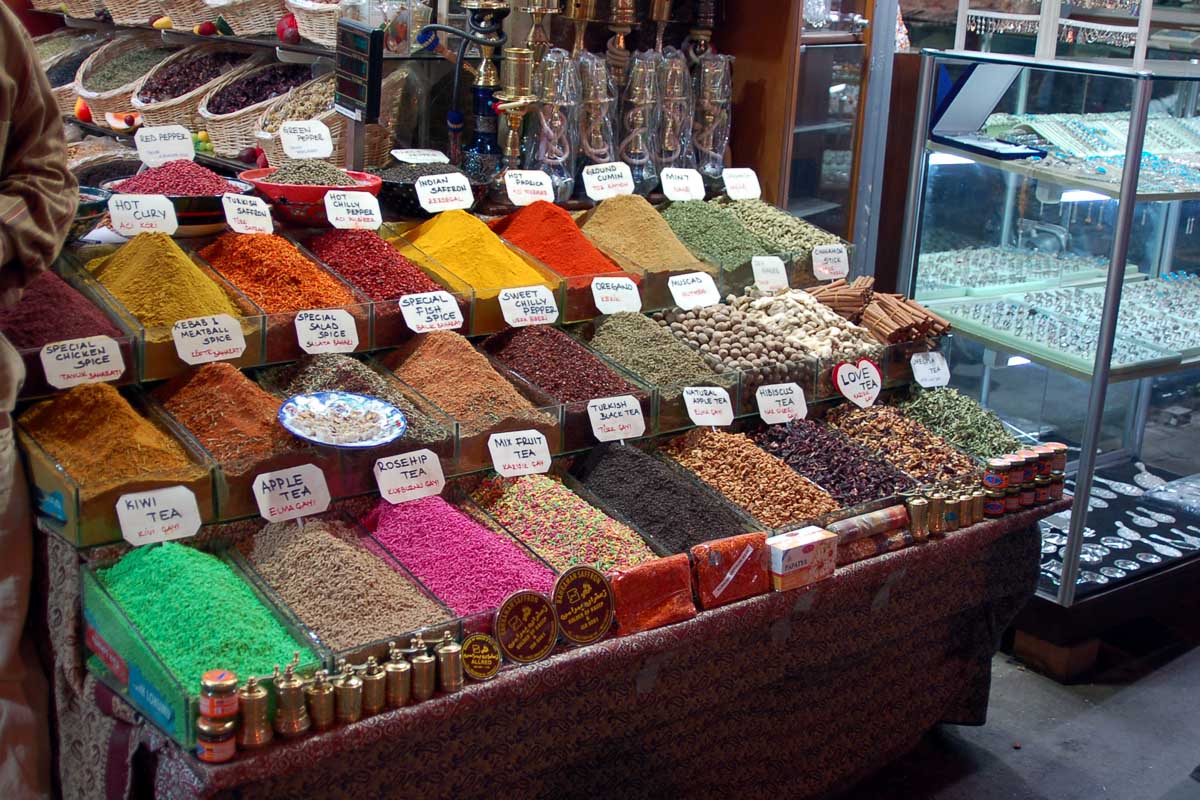 If you’re brave with your haggling, be patient too and don’t be shy to let the fabrics seller take you to his cousin’s jewellery stall, his brother’s spices store or his uncle’s crockery shop. Allow yourself to drift through the city and let your senses run wild. Sample the fresh oranges, nut pastries and marinated olives.

And don’t worry: if you find that you’re missing mulled wine, Slade and eggnog too much, there’s always next year.