Sean Conway interview: A speedy chat with the rather epic Sean Conway, who this summer will attempt to become the first person to swim round the British coast from Land’s End to John O’ Groats. No biggie – he’s already cycled the world, climbed Kili dressed as a penguin and grown a ginger beard of fearsome proportions. 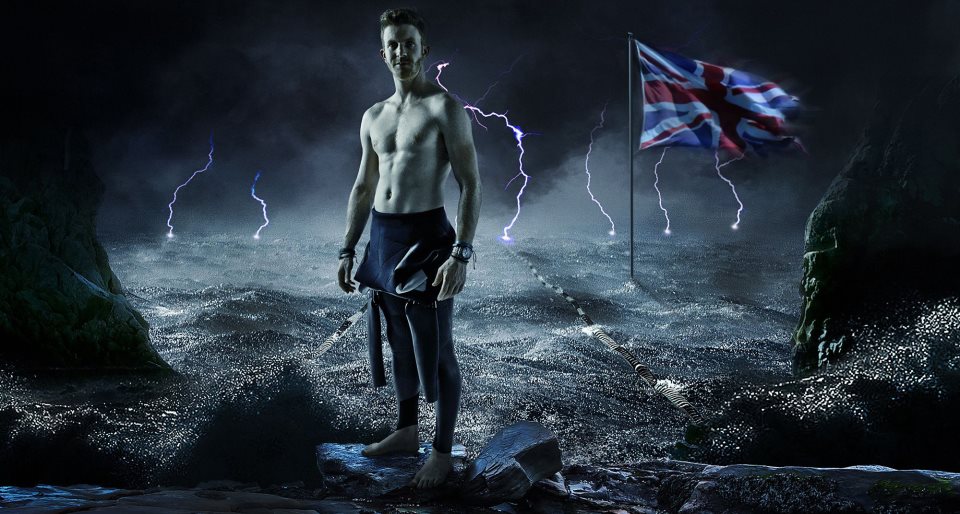 Sean’s setting out on the 1st July 2013 to attempt to become the first person to complete the 1000 mile swim around the UK’s coast from Land’s End to John O’ Groats, raising money for War Child. I caught up with him between training stints to find out more about his latest challenge.

How are you preparing yourself physically and mentally for the swim?
I follow a strict training plan. Mileage makes champions – get the hours in and you’ll get 80% of the way to your goal. My swim isn’t going to be a race, so I’m concentrating on making sure I avoid injury. I’m doing long swim sessions and heavy gym work to strengthen my upper body, as at the moment I have pretty weak arms!

What will your days be like once you hit the water?
I want to be able to average more than the distance of the Channel each day, which is 21 miles. To do that I’ll need to spend about ten hours a day in the water. I’ll have to stop and eat every two hours, and I’ll have a support boat following me – when I stop for the night I’ll sleep in the boat. In the morning I’ll go back to the exact point, marked by GSP, where I stopped, and carry on swimming. To keep my strength up I’ll be eating whatever my body can stomach – ideally a good mixture of carbs, fat and protein. I often don’t feel like chewing when I push myself, so liquid diets from MyProtein.com help. 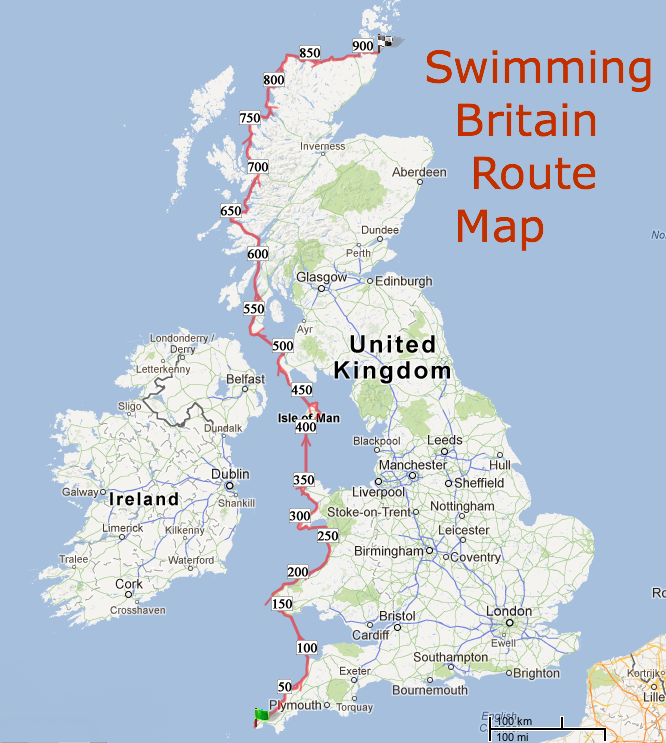 How about your previous challenges – which was the hardest and how do they compare to Swimming Britain?
Trying to break the work record for round the world cycling was hard. I was pushing 180 miles a day and cycling from 3.30am to 9.30pm every day. I didn’t know my own name half the time. That was especially tough because it was a race. This will be tough in a different way – I’m the first person to attempt the swim so I have no one to ask for advice. I’m literally in at the deep end.

Why do you keep on searching for new groundbreaking things to do?
I’m not sure if my swim is groundbreaking but it’s always cool to be the first to do something. I get to make the rules, that’s the best bit. I like to push myself – it’s my oxygen, it’s the reason I get up in the morning. My biggest fear is being average and I love being able to make a living from adventure. 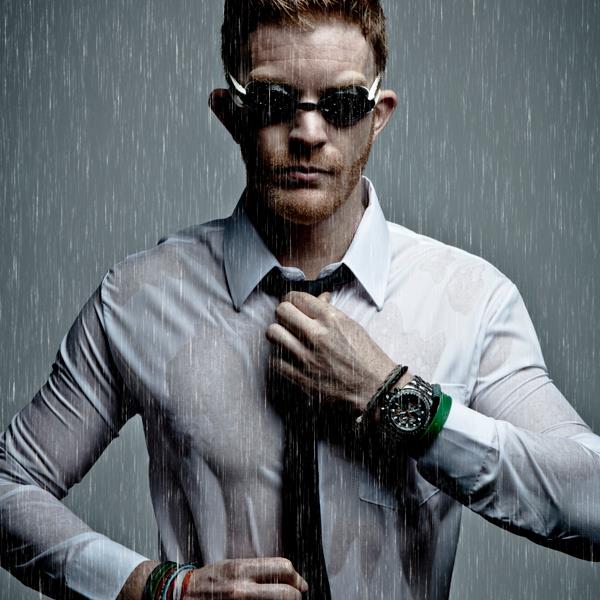 Do your friends and family think you’re mad?
They used too, but not anymore. In fact, they are getting a bit nonchalant about my adventures. Its great, as new challenges can become these big monsters that take over your life. It’s nice to go to the pub with my mates and talk about normal stuff and not think about the next adventure, as it’s important to have a balanced life. I’m slowly getting all of my friends into cycling, though, which is awesome!

Is there another challenge lined up for after the swim?
Loads! I can’t tell you about any of them unfortunately, but they may include jungle in Peru, The Rocky Mountains and the Yukon River!

And finally.. do you miss the incredible 365 day-old beard?
No! I hated the bloody thing. After day 173 I went from looking like a cool adventurer to resembling a homeless person. I am glad I did it, but I don’t think I will do it again. Not until I find a girlfriend at least!