Cornwall’s a bit nice isn’t it? There’s surfing and sunshine and pasties. It’s the stuff bucket-and-spade-holidays were made for. My favourite thing of all to do in the land of cream teas is to bike along the pretty cycle paths that meander through the Cornish countryside, and these five lovely routes from West Cornwall Cottage Holidays are suitable for all riding abilities, and perfect for little ‘uns. 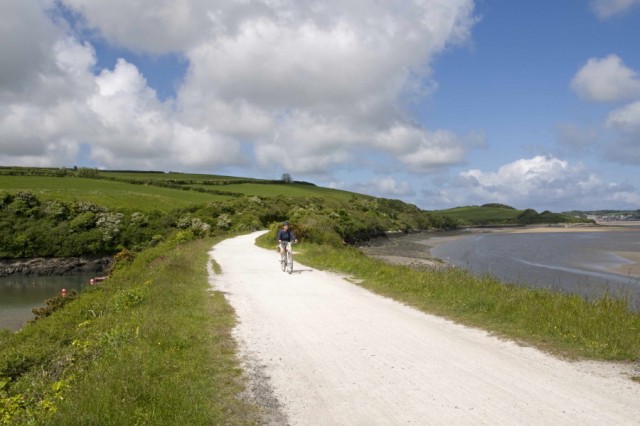 1. Wadebridge to Padstow (the Camel Trail)

If you’re expecting camels, you will cycle bereft. If, however, you feel like a gentle, flat 12 mile pedally round trip from Wadebridge to Padstow past stunning coastal views and far from busy roads, this is the trail for you, my biking buddy. If you haven’t brought bikes worry not, as there are lots of bike shops in Wadebridge and Padstow that will kit you out for the day. Countryfile are fans too:

2. Portreath to The Mineral Tramway

Cycle 14 miles of gentle inclines past the rather austere beauty of Cornwall’s old mining sites. The abandoned mining buildings now covered in ivy that dot the route are eerily pretty, and Poldice Valley, in particular, looks distinctly like a set from Dr Who. Portreath itself is perfect for a celebratory ice cream at the end. 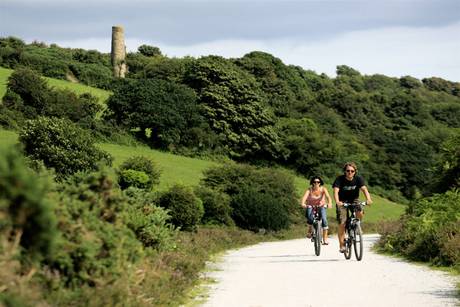 A little longer at 19 miles and with some hills and inclines, the Coastal Trek is less suited to teeny weeny cyclists but is hugely rewarding if you feel like a little more of a challenge, as after biking miles of beautiful empty country lanes arriving at St Ives and savouring the panoramic views (and a pint) feels pretty epic. 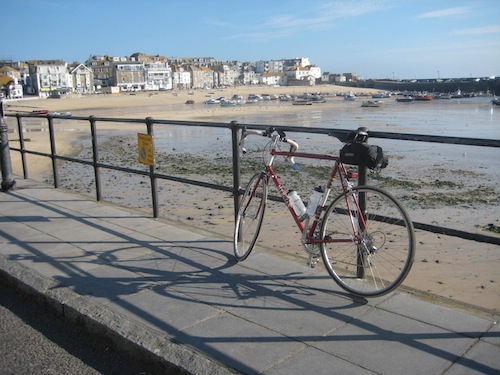 Only four miles and all along the coast, this is a really family (or lazy exercise-phobic mate)-friendly route that can last all day if you do it right. Pretend to be pirates in Penzance, have a dip in the sea at Marazion and then cross the causeway to ‘the jewel in Cornwall’s crown’, the breathtaking island of St Michael’s Mount, dominated by a 12th century castle looking out to sea.

A delightful little seven-miler through farmland and woodland, this is the route to pick if you’re wildlife spotting. Take a picnic and stop for a forest feast halfway through, or detour to the Lost Gardens of Heligan, an enchanted Victorian pleasure garden full of sleeping giants that feels like a fairytale glade.