In June I spent a week in Israel discovering the delights of Tel Aviv, biking in the Negev Desert and wandering around the labyrinthine streets of old Jerusalem. Here’s the final part of the journey – exploring Jerusalem by foot and bike. 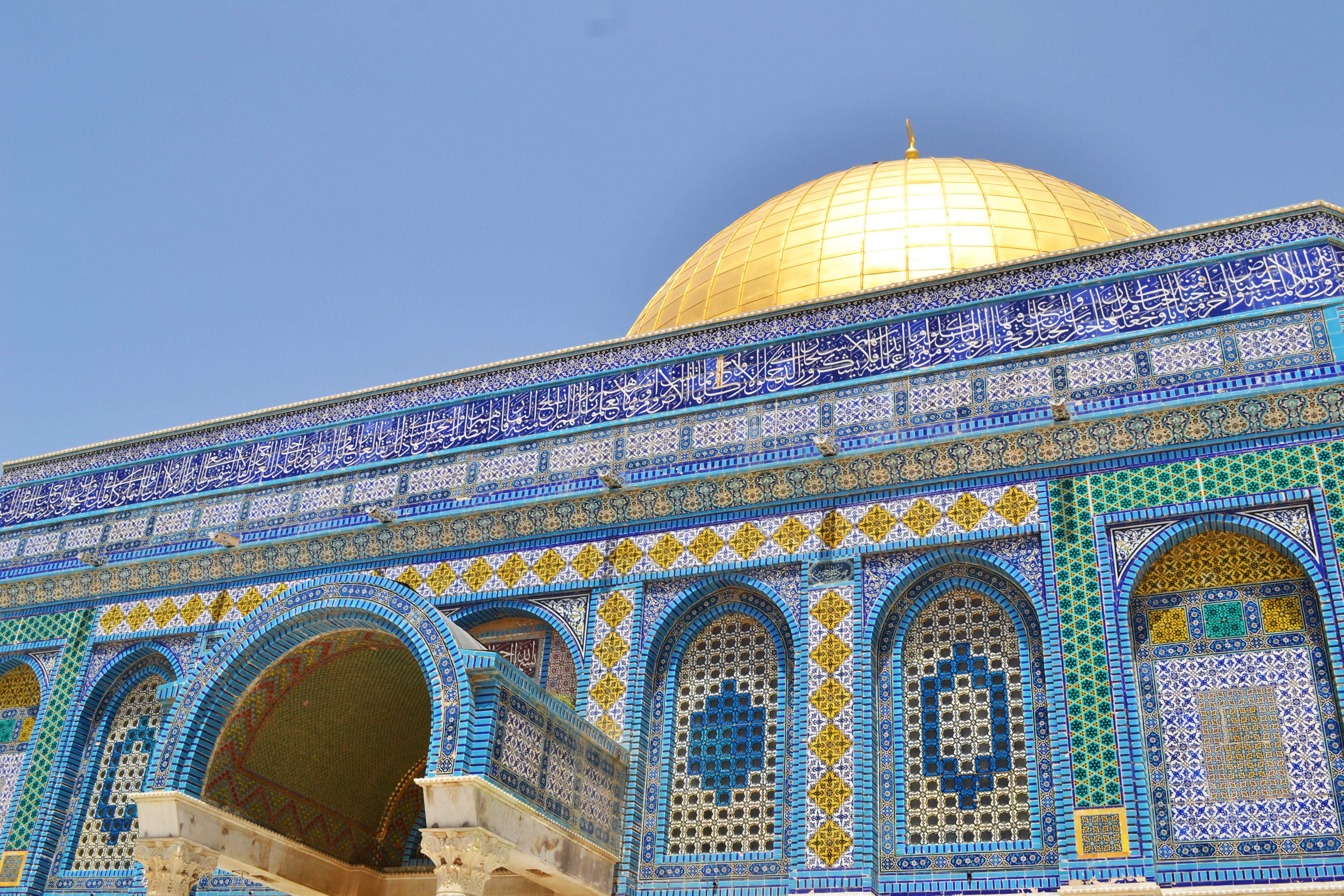 The drive into Jerusalem from the Dead Sea is a strange one – you pass through the West Bank and various checkpoints staffed by young Israelis toting machine guns, whilst on either side of the road expanses of desert are host to makeshift Bedouin camps, huddling from the harsh winds under black canvas.

Once out of this no-man’s land and inside the city limits, old Jerusalem dominates the skyline, the ancient walls guarding a tiny city-within-a-city a mile square. Walking through one of the seven gates, the names of which immediately conjure up biblical times – Herod, Lion, Golden, Dung, New, Jaffa and Damascus – you’re immediately swept up and lost amongst the winding streets of souks and, above them, the rooftop passageways and secret squares in which children play.

Old Jerusalem is divided, Crystal Maze-like, into four quarters – Muslim, Christian, Armenian and Jewish, all unique in style and all jostling for space in this tiny labyrinth, a colourful jumble of religions and cultures. Jerusalem native Hilal told me that as children, he and his friends would spend their days jumping from roof to roof, James Bond fashion, exploring the entire city without touching the ground. 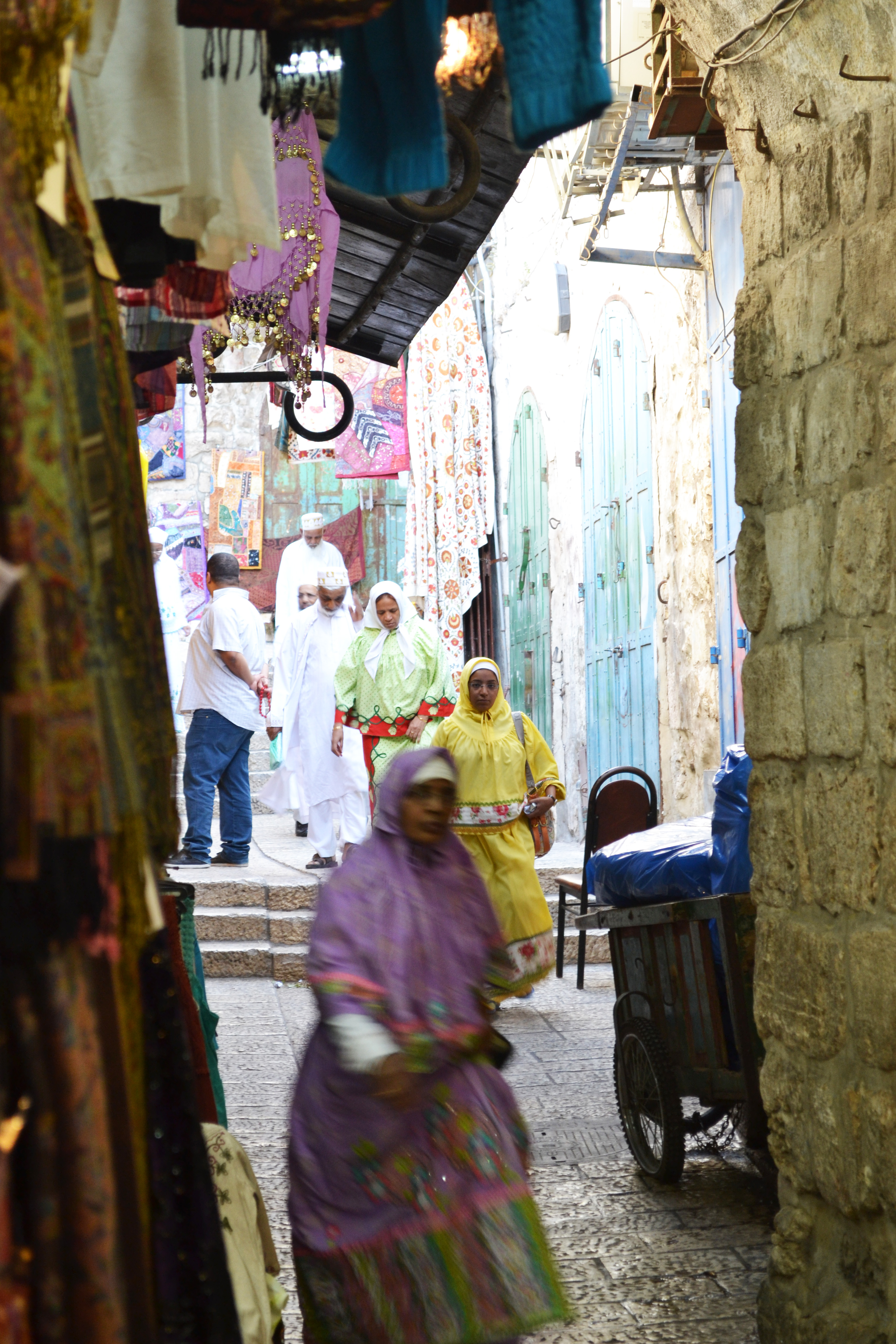 The souks themselves are a riot of colour, noise and people, perfumed with spices and the rock incense that is sold in huge rainbow sacks. Sellers peddle everything from silver hands of Fatima that protect against the evil eye to knockoff football t-shirts, but the real gems are the falafal shops that will stuff you a pitta bread with freshly fried chickpea balls and lashings of tahini for mere pennies. 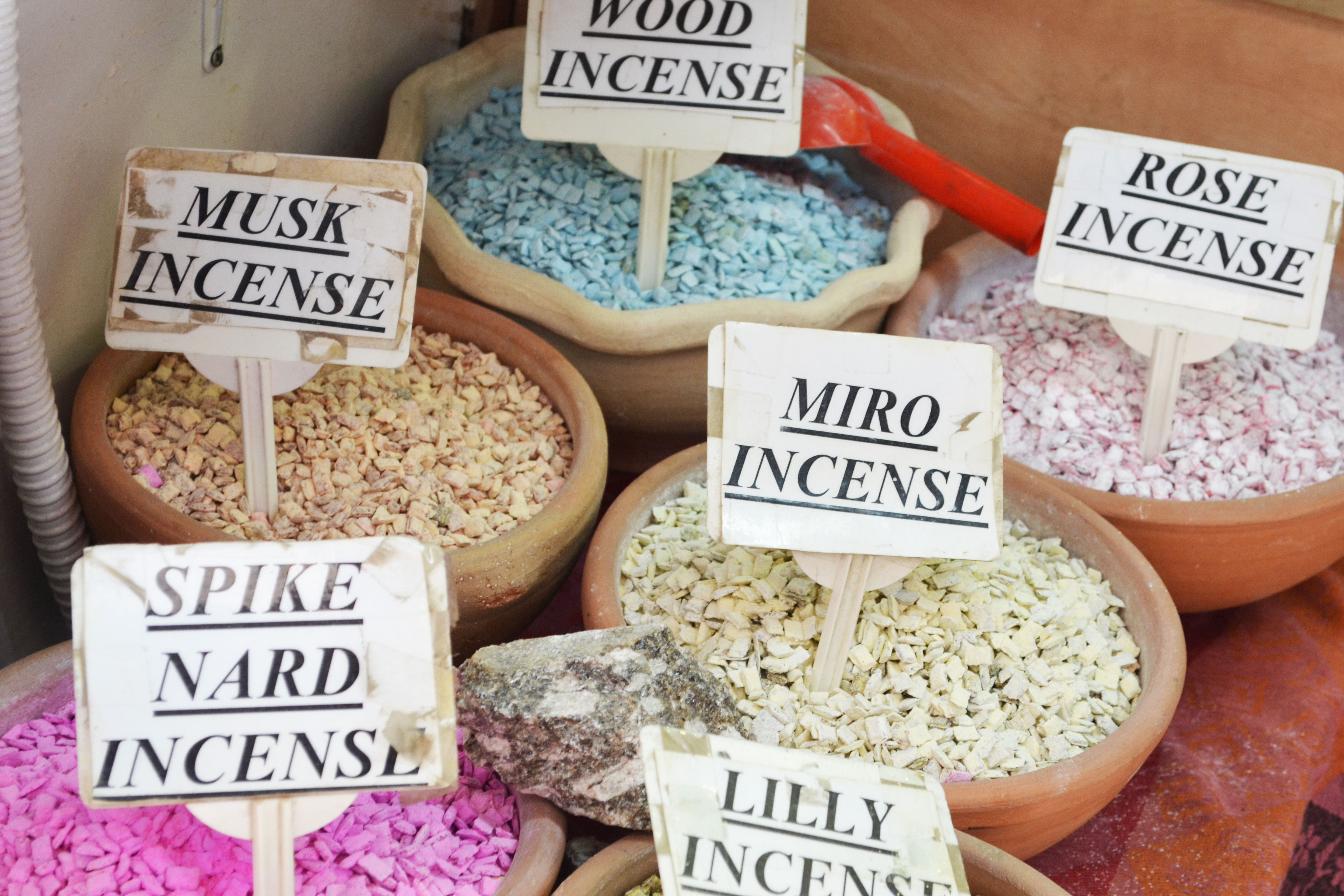 Lost somewhere in the maze, we suddenly tumbling out of a staircase and into to the imposing square in front of the Wailing Wall. Well, we tumbled and then were immediately made to queue in an orderly fashion through a metal detector. Your behaviour feels closely watched everywhere in old Jerusalem – I was instantly stopped and kitted out in a long swirly skirt to cover my un-modest knees before being directed to the half of the wall specifically for women. The huge, crumbling yellow stones of the wall tower over the square – at its bottom, sobbing women rocked over bibles and stuffed handwritten prayers into crevices before backing away in reverence. 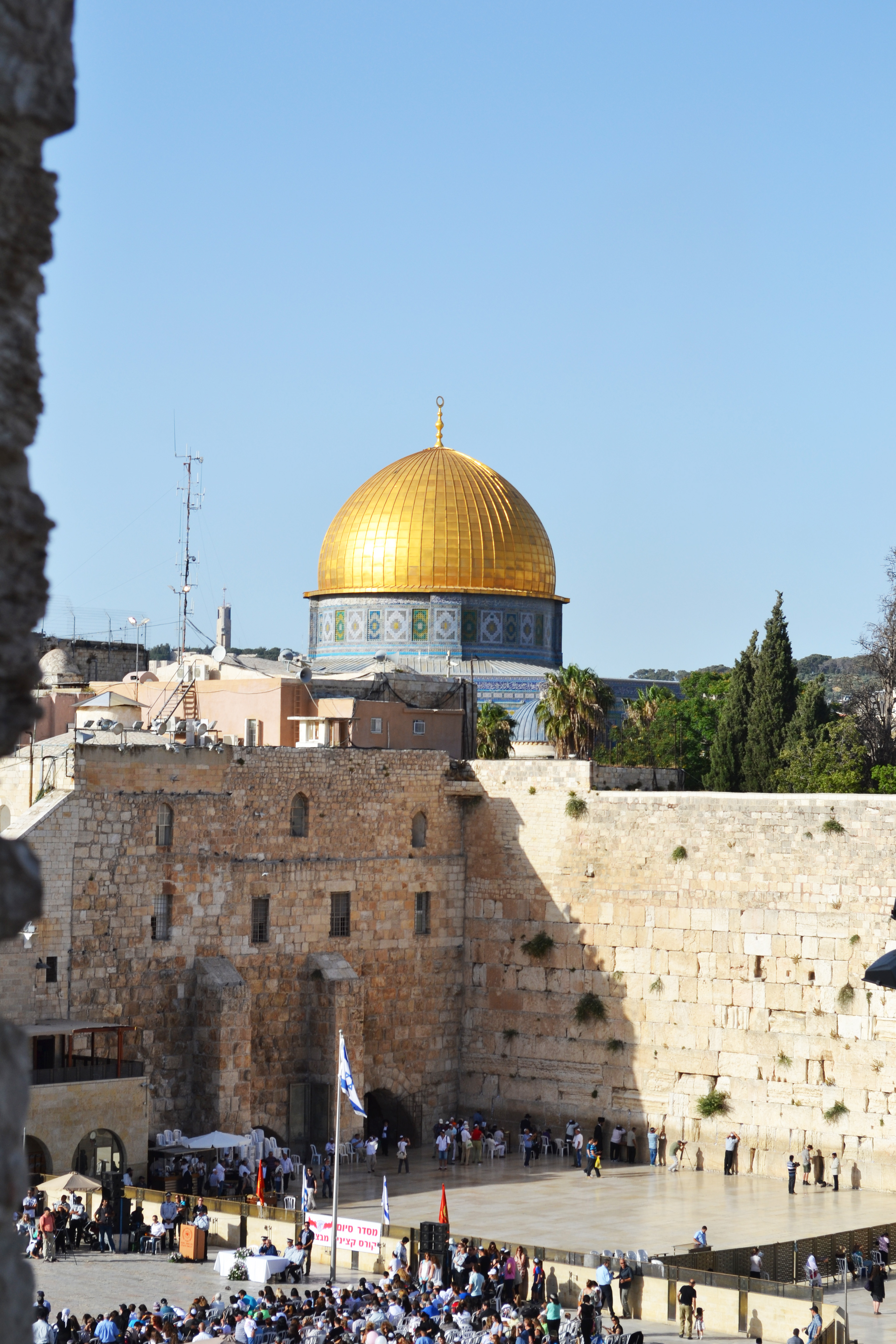 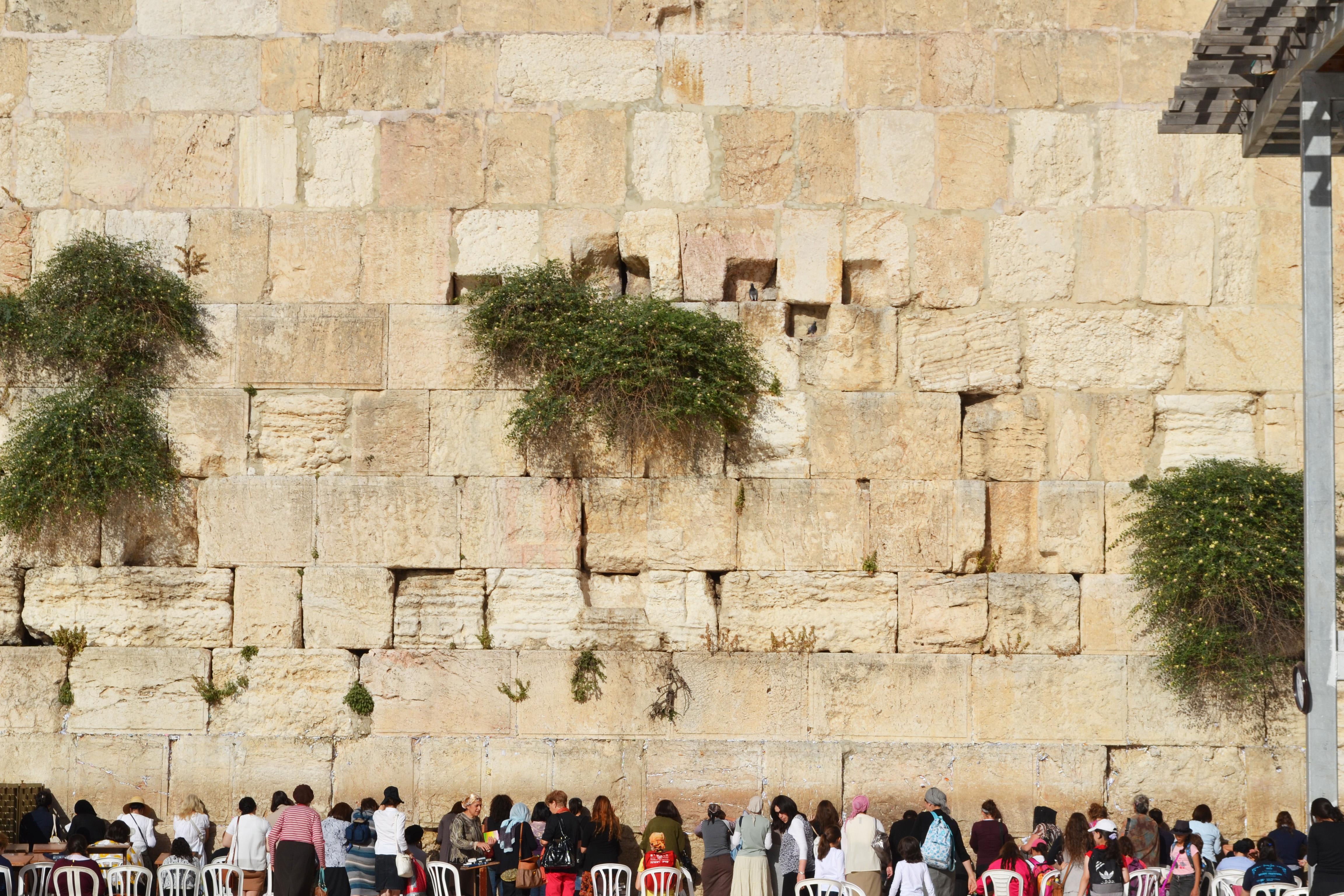 From the Wailing Wall we walked on into the Arabic quarter, far more lively and unkempt than its Jewish counterpart – rainbows of graffiti cover the walls, loudspeakers play traditional music at ear-splitting levels and gangs of screeching kids run through fruit stalls, under arches and past trilingual street signs written in Arabic, Hebrew and English.

That evening was one of the most surreal of my life – we returned to the meandering alleys of old Jerusalem for a night cycle. So incredibly packed, pungent and lively in day time, after dark they are an oasis of calm, lit by warm yellow lamps and strings of fairy lights. The city was preparing for its annual light show, and every square we cycled through had classical music playing in it whilst projectors played dancing figures and rainbows of colour onto the ancient walls, like ghosts of the daytime inhabitants. 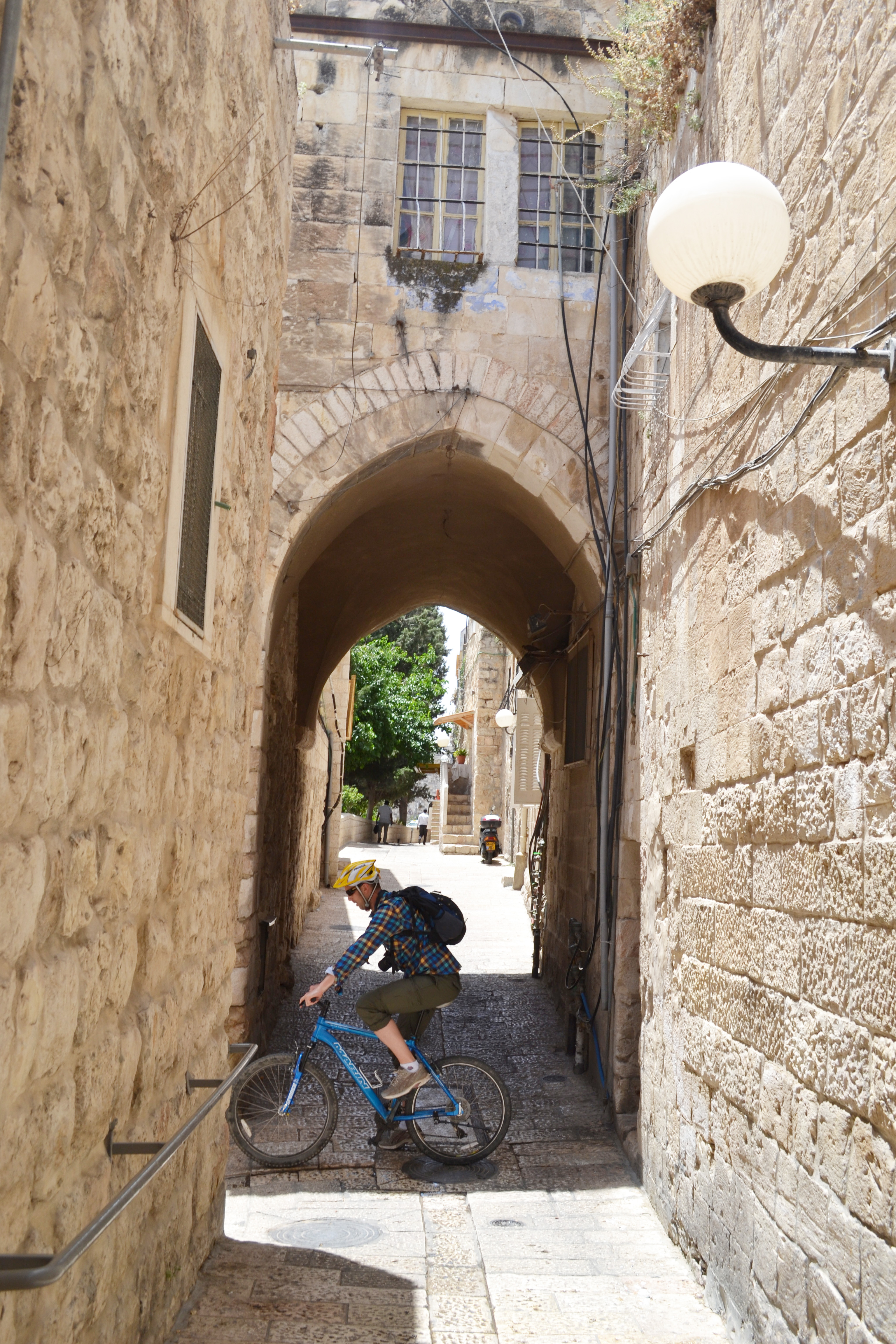 The next day, our last in Israel, we left our bikes behind and wandered the old city by foot, past tiny cafes and Holy Bagel shops, stopping for baklava on the way to one of the most holy sites in the world – the Dome of the Rock.

Temple Mount, as the Dome is also known, glitters like a golden beacon over all of Jerusalem and is even more astonishing close-up. Before entering, visitors must leave behind any bibles and crosses, and women must cover hair, shoulders and knees. Inside the huge inner walls of the temple, the peaceful square is a mecca of calm after the jostle of the old city. My hastily made t-shirt hijab protected me from the fierce heat as I looked up at the temple, decorated in painstakingly painted blue mosaics and topped by the huge golden dome that commands the city’s skyline like a burning sun. 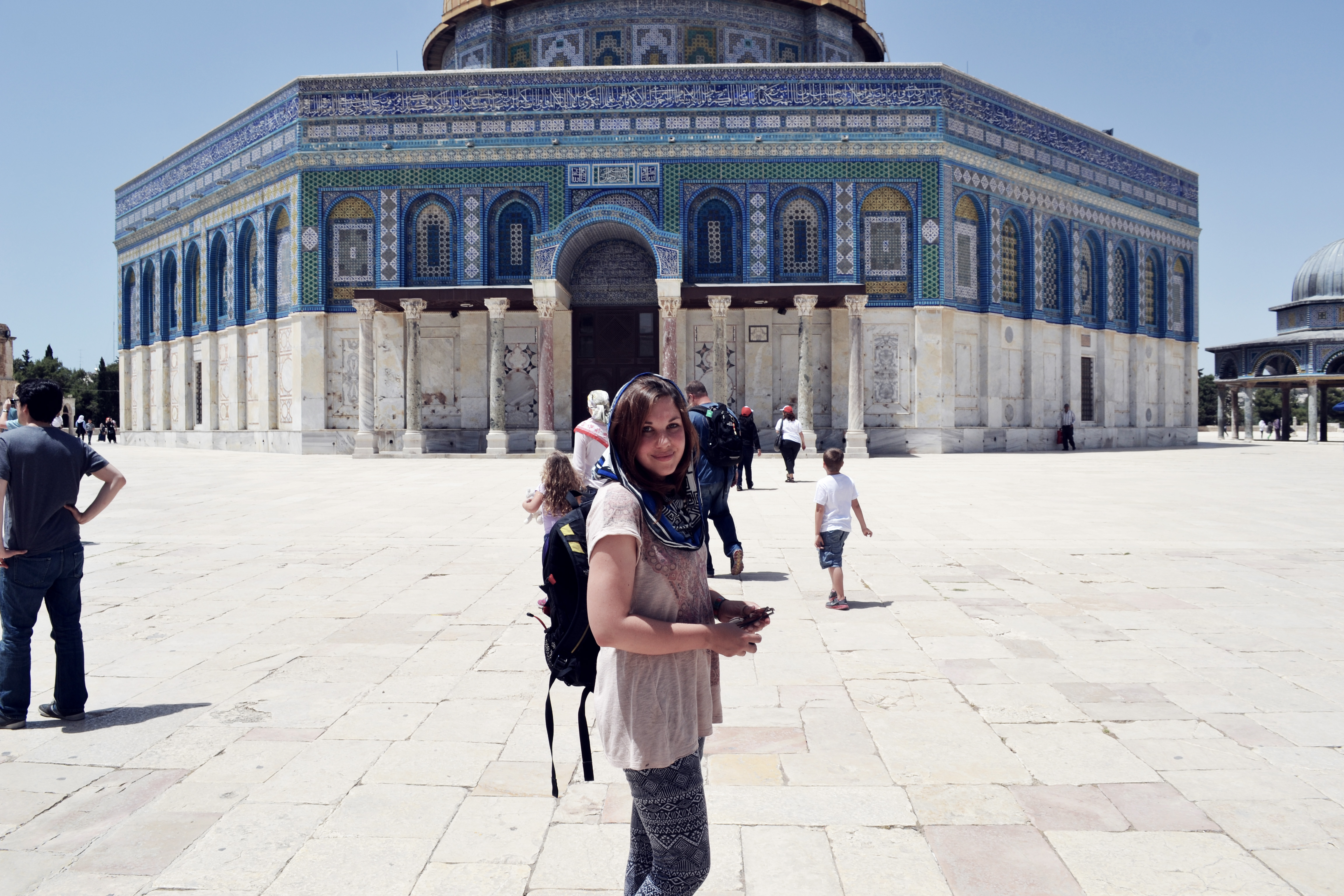 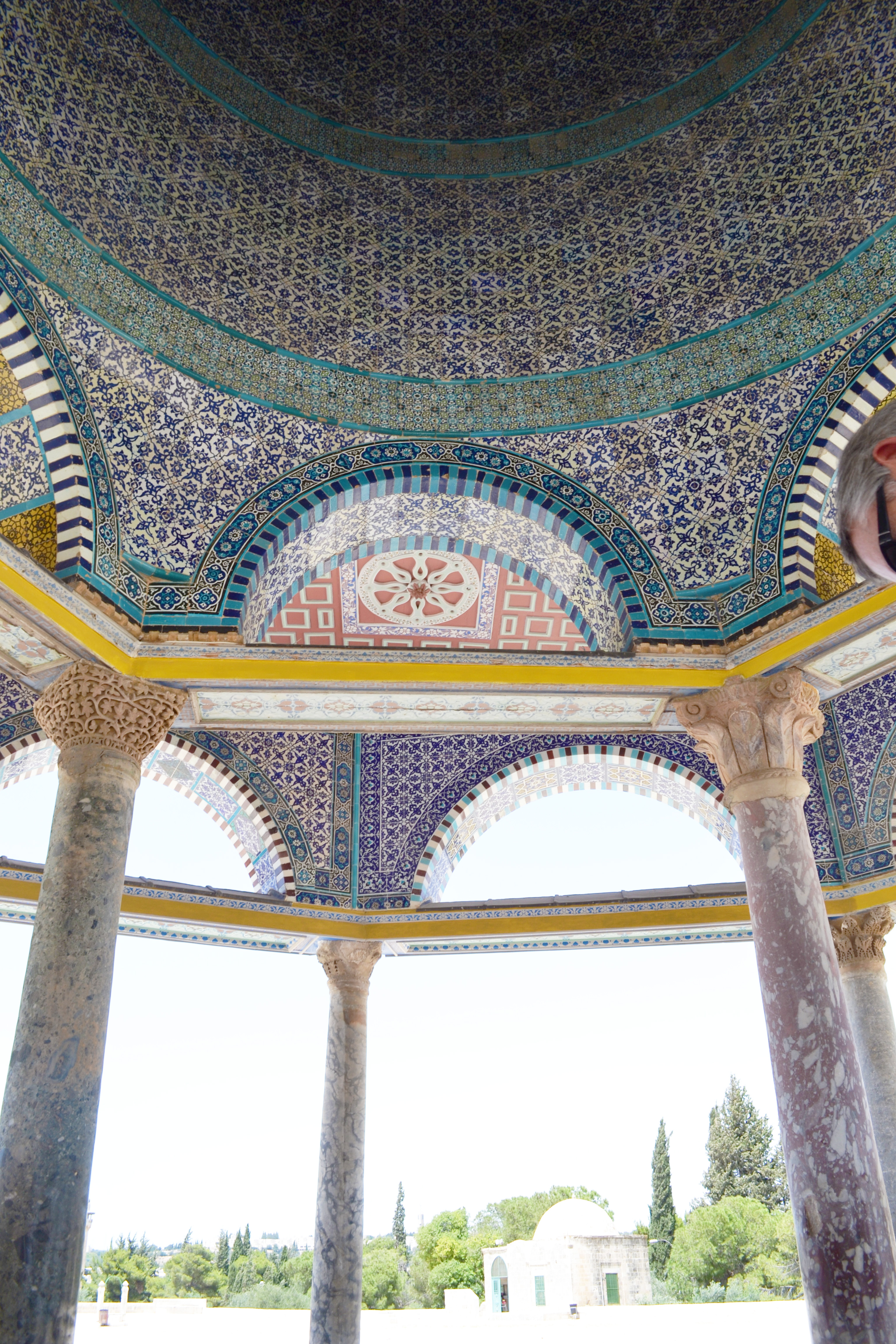 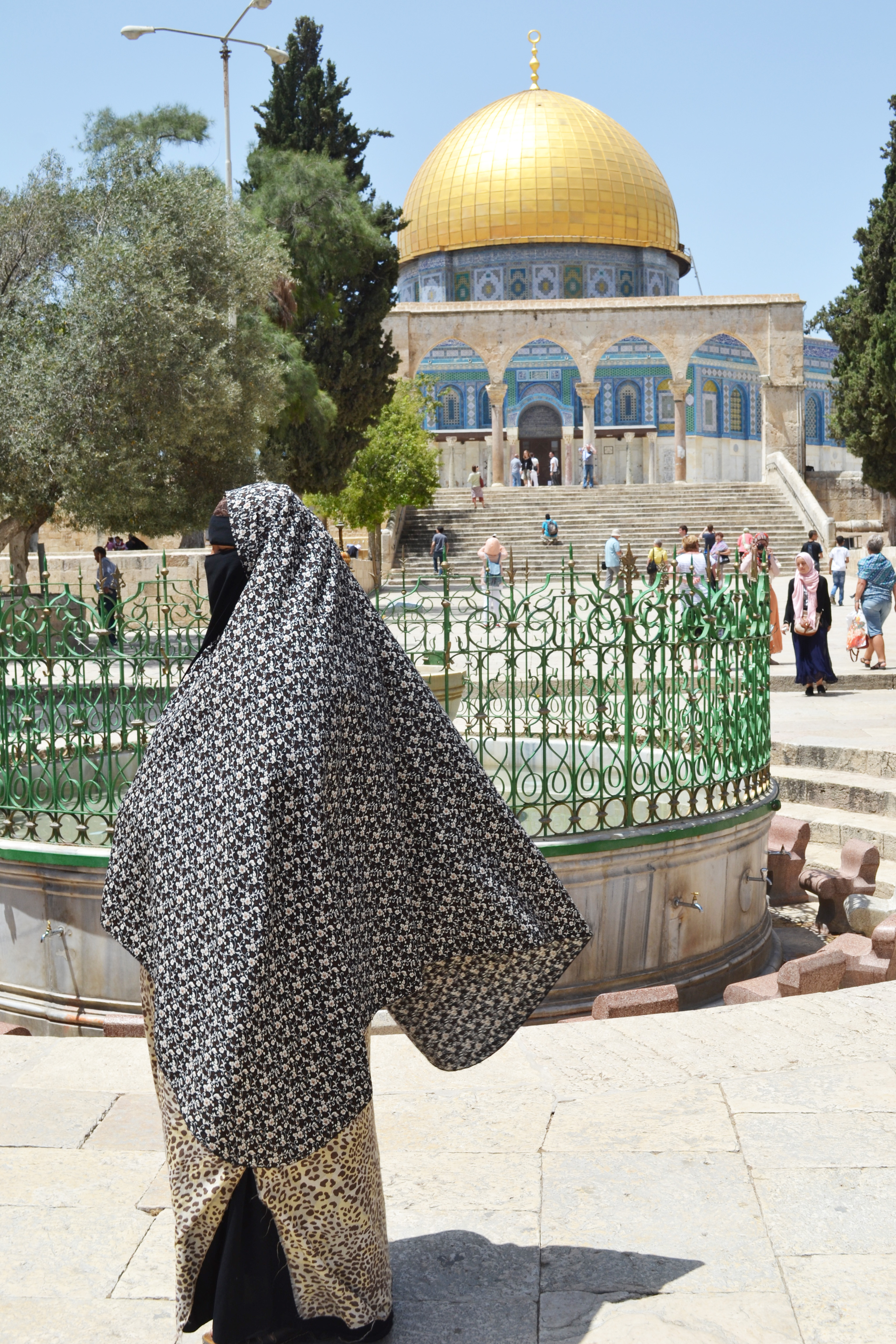 We cycled with Chaim and Amir Rockman of Gordon Active and stayed at the Dan Boutique hotel courtesy of the Israeli Tourism Board.