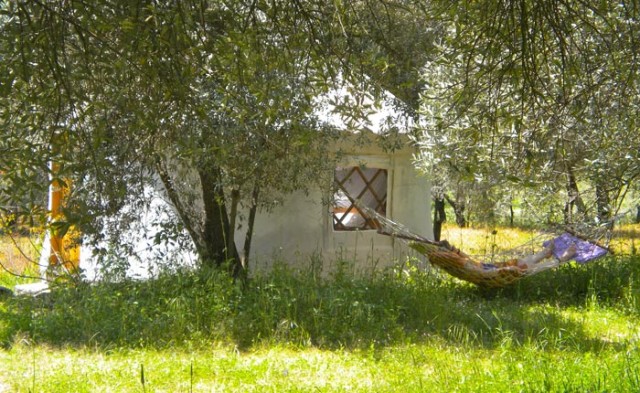 In the midst of a grey London winter, battered by colds, flus and social drama, a week-long yoga retreat to the foresty mountains of Turkey appeared to be the perfect tonic.

The only flaw was that the trip wasn’t scheduled until July, so even though the Christmas decorations had barely been taken down when I booked my tickets, by the time I started packing my bags, I was wholly content with sipping Pimms in the parks of the capital with a new set of friends and a restored immune system.

The last thing I felt like doing was contorting my body into painful shapes, eating organic cucumber and getting feasted on by an array of insects for a week. And missing Wimbledon was another bother.

Torn between apprehension and annoyance I therefore trudged to the airport somewhat half-heartedly on Monday morning hoping that at least my roommate – or “yurt mate” in this case – wouldn’t be a wheatgrass-munching nirvana-seeking mantra-chanting hippie.

I spent the flight with my head buried in chick-lit and four hours later found myself getting out of a minibus and stepping into what can only be described as the purest of nature.

It was midnight and 700 meters above sea level and 16km from the nearest village, the darkness was filled with the sound of millions of crickets and insects chirping and singing. It smelled of rosemary, mint, lilac and pepper and about a million other oriental scents that no one could ever bottle. In the distance, the call to prayer rang through the night punctuated by the peaceful hooting of an owl.

Under an oil lantern the owner of the retreat served me a plate of okra, chickpeas, rice and aubergine before guiding me down to a yurt where – enveloped by crisp white sheets and protected by a mosquito net – I closed my eyes on a very different world the one I’d left.

The next morning, and much to my relief, I met Roxie: a restaurant manager from east London and everything but a wheatgrass-munching hippie.

I shared my yurt with Roxie for the week, and together with the CEO of a mining company, a novelist, a food blogger, a PR manager in the wine trade, a personal stylist, two psychiatrists, a charity worker and an occupational therapist, we made quite a colourful bunch.

The day started at 7:30am, and while that may sound like an ungodly hour considering that I was meant to be on holiday, lights were usually turned off by around 10pm – on account of an electricity shortage – meaning that we got more than enough shuteye.

Following a pre-breakfast of juicy cherries, fresh melon and herbal tea, sweetened with local honey, the first yoga practice started at 8am.

The morning session was generally invigorating and Naomi, our Brighton-based and India-trained teacher, certainly didn’t hold back from getting our bloods flowing and hearts pumping. Styles ranged from Hatha to Karma, touching on Mantra and Kundalini, and the practices were peppered with breathing exercises and stretches.

Despite the temperatures regularly peaking above 30 degrees Celsius, the shape of the open air yoga studio promoted a steady breeze, especially during the early hours of the morning. Often birds and butterflies would come in and settle next to us on our mats, before fluttering out into the nearby forest.

After the morning practice we usually spent at least an hour lingering over a hearty breakfast of cereals, fresh yoghurt, mountains of sumptuous fruit, crunchy bread, fragrant olive oil and tomatoes and fresh basil.

Later in the morning, some of us would chill by the natural stone swimming pool, while others would take to the forests for hikes before collapsing in a hammock for a well-deserved nap.

Lunch always consisted of an extensive buffet of delectable vegetarian dishes, of lentils, rice, beans and vegetables followed by the sweetest fruit and cups of fresh mint and lemon tea: more than enough to carry us through the last two-hour yoga practice, before tucking into yet another veritable banquet, as the sun set on the closest I will probably ever come to paradise.

I must admit, there did come a time when I found myself longing for a bubble bath, for curling up on the couch and watching rubbish TV while noshing on some Ben & Jerry’s – and not having to share it with a host of mosquitoes or even scorpions. But that feeling didn’t last.

Once I’d given up searching for at least one meager bar of mobile phone signal, I didn’t miss my Blackberry. I didn’t even care when Federer got knocked out of Wimbledon or that I missed some great summer BBQs back in London.

After the first two days my arms, legs and backs stopped aching too, and the practices became smoother and more natural. I even managed a head stand on the final day – without feeling like my skull was about to crack.

My skin cleared up, my hair thanked me for being allowed to dry in the sun and my body didn’t once cry for coffee or booze. The dry skin on my knees and elbows smoothened and for eight nights I slept better than I had on any one night during the previous eight months.

I made friends with people I never even would have spoken to in a different environment and regained some perspective on my life back home. I thought about my job, my friends, my flat, my family, my health, my priorities and my passions.

Was it as “Eat, Pray, Love” as I hoped it would be? Well I certainly ate like a king. I might not have found god, but I think I did (re-)find myself. And love? Well that’s a story for another day. 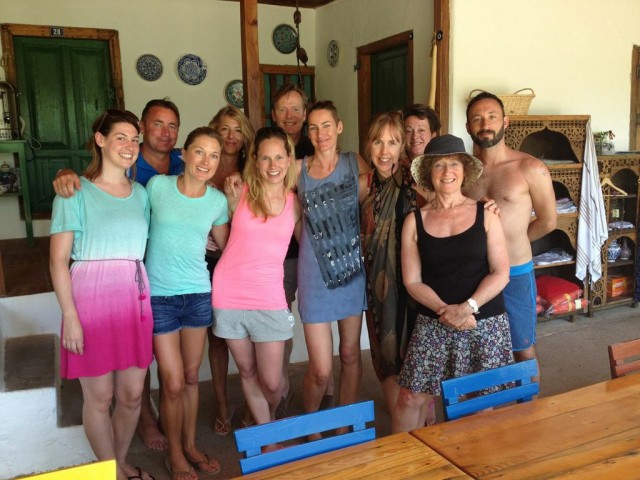