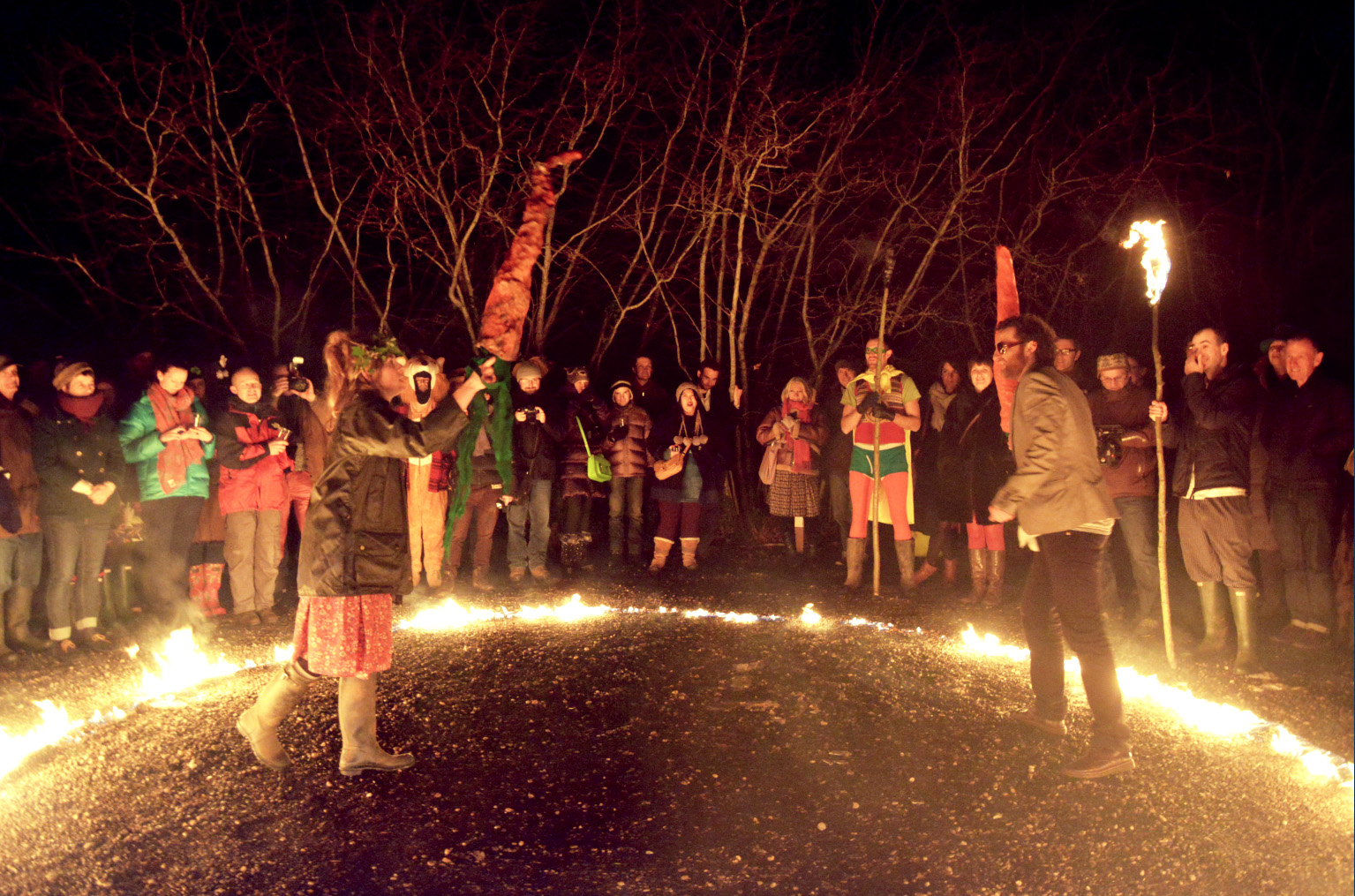 The Ethicurean is a pretty special place. The lovely lot running it like local, seasonal produce (often straight from their walled garden) served up within the light and airy glassy walls of an old orangery. They like decorating with dried apple slices, glowing candles and jars of interesting fermented things. And they like having parties.

After a feast of rarebit, pork belly and sticky toffee pudding, washed down with paper cups of mulled cider, we tramped out into the garden for the Wassail itself. A toast to the guardian robin of the orchard, the celebrations were a mix of the hilarious and the visually beautiful – a torchlit parade through the garden to a wizened apple tree strung with little lanterns where the Wassail King and Queen hung actual toast in its boughs. The Mummers performed a very silly play inside a burning ring of fire and then we all had a lot more cider. A fine Pagan tradition indeed!

Here’s the Guardian’s video of the mummers play (see if you can spot my yellow wellies!) 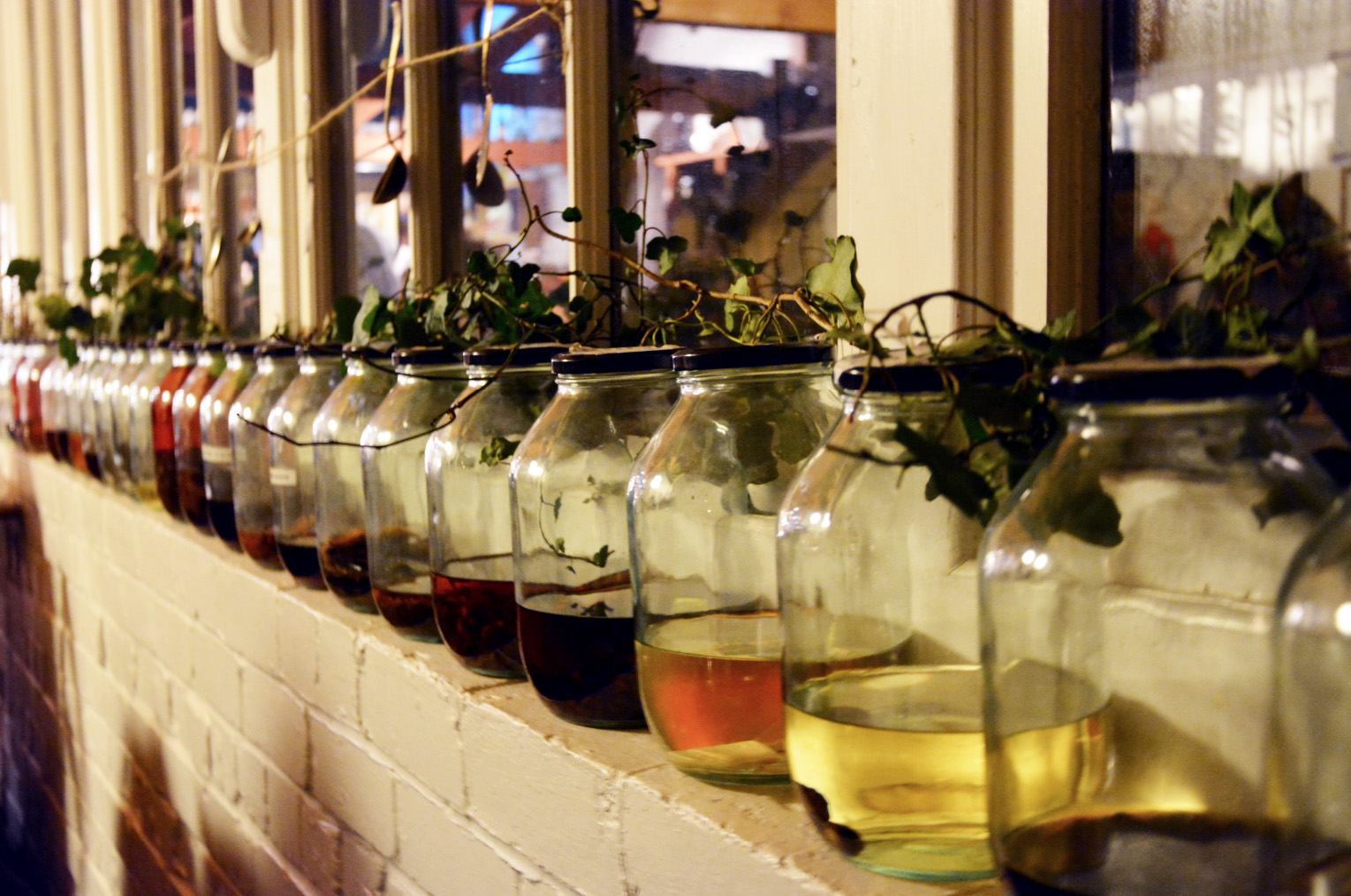 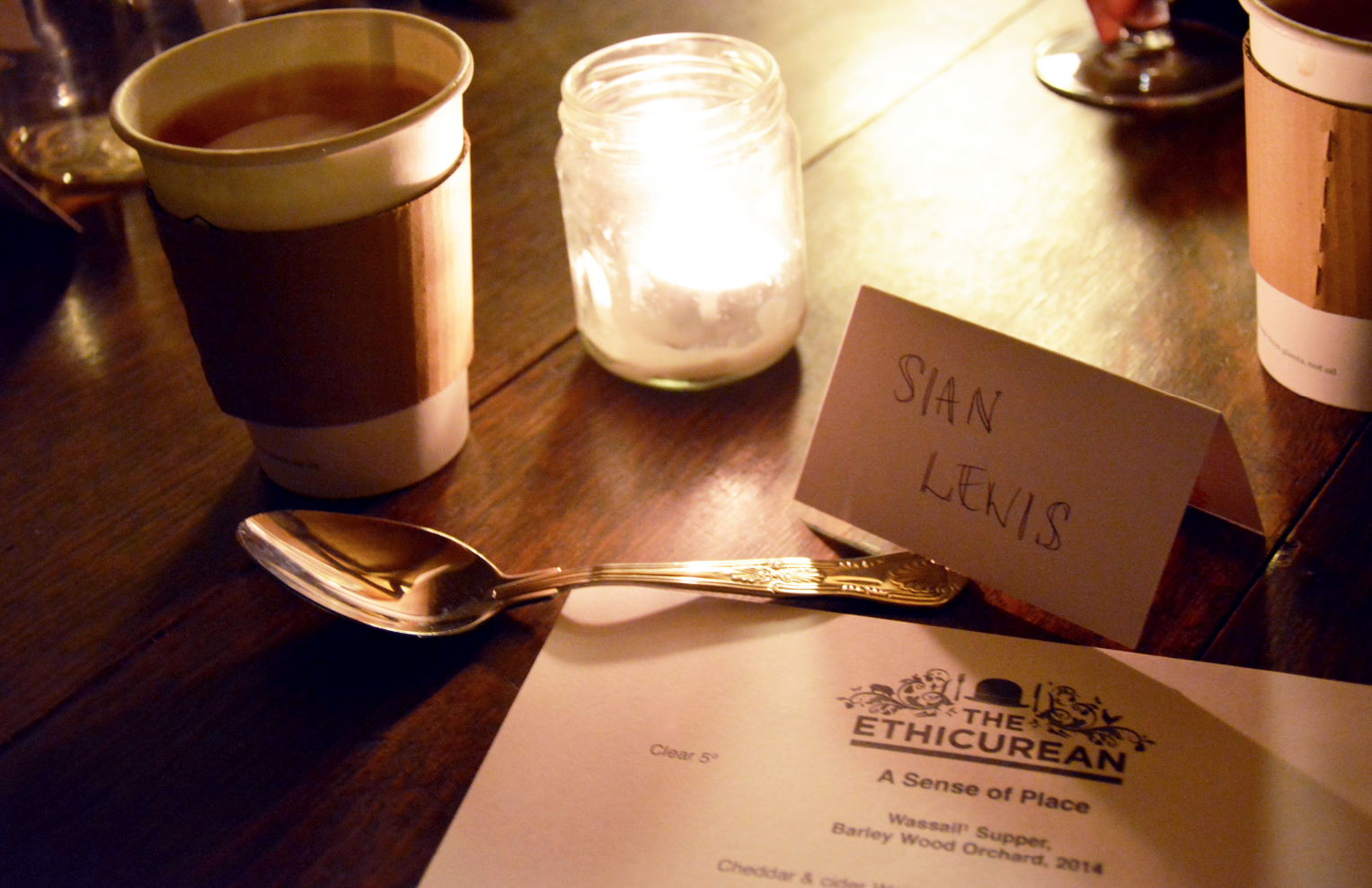 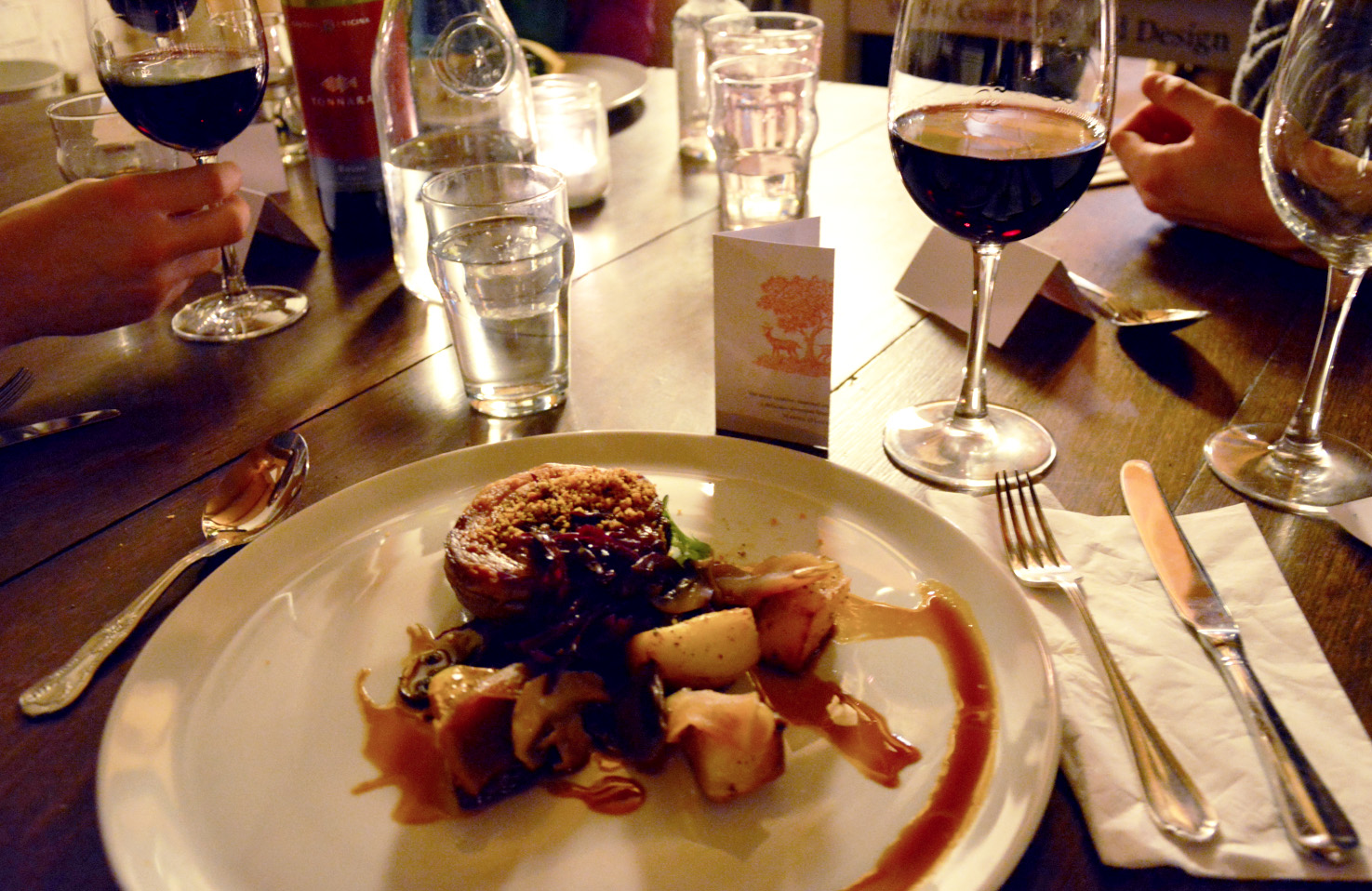 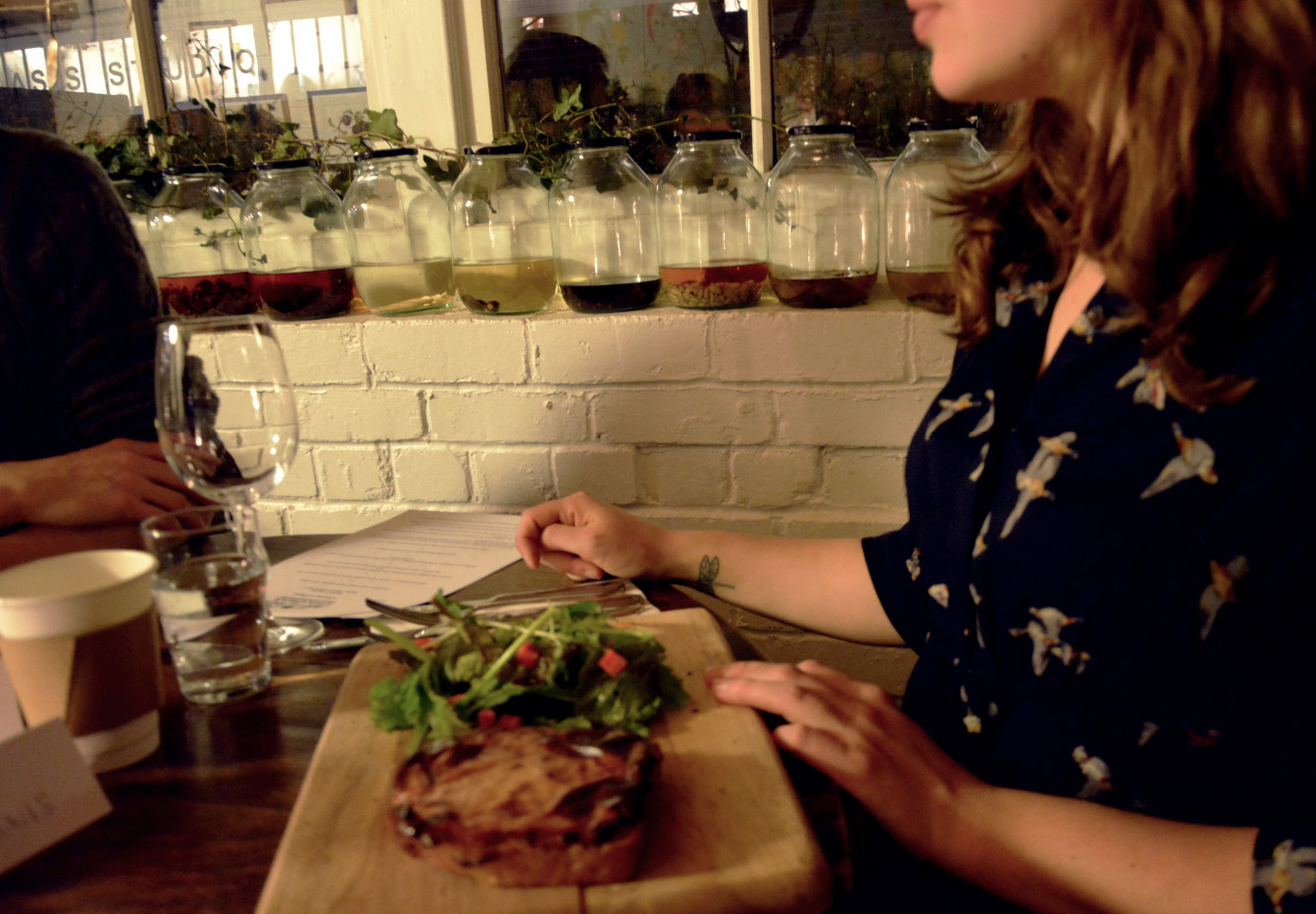 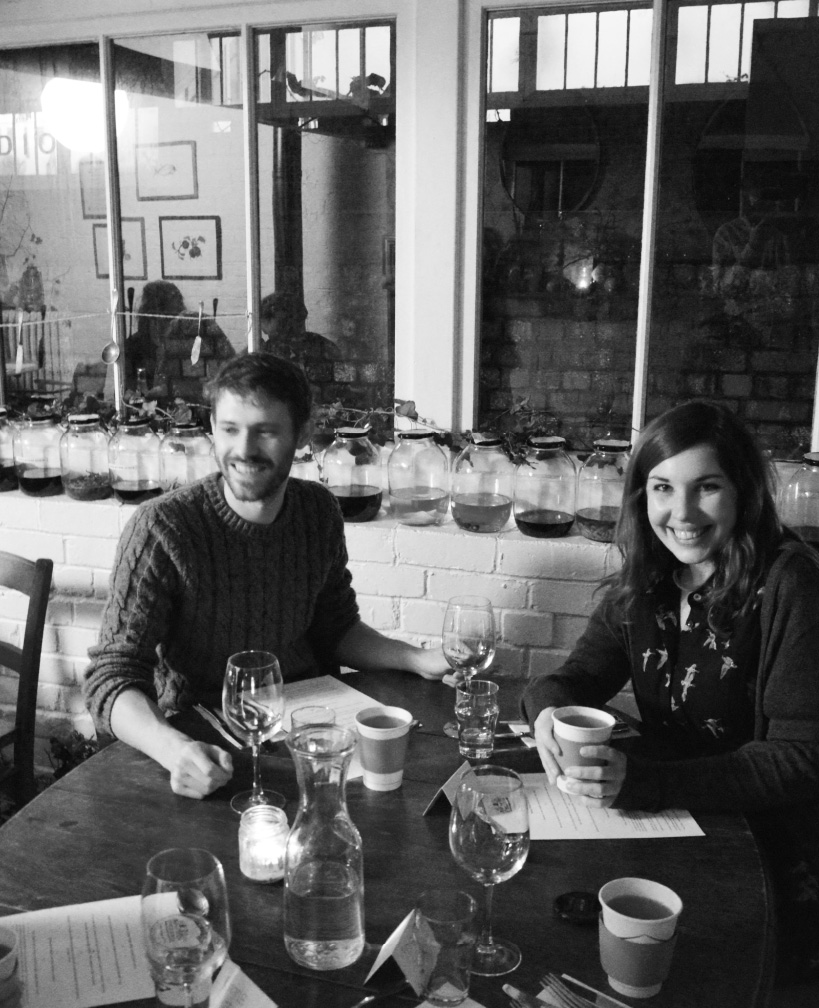 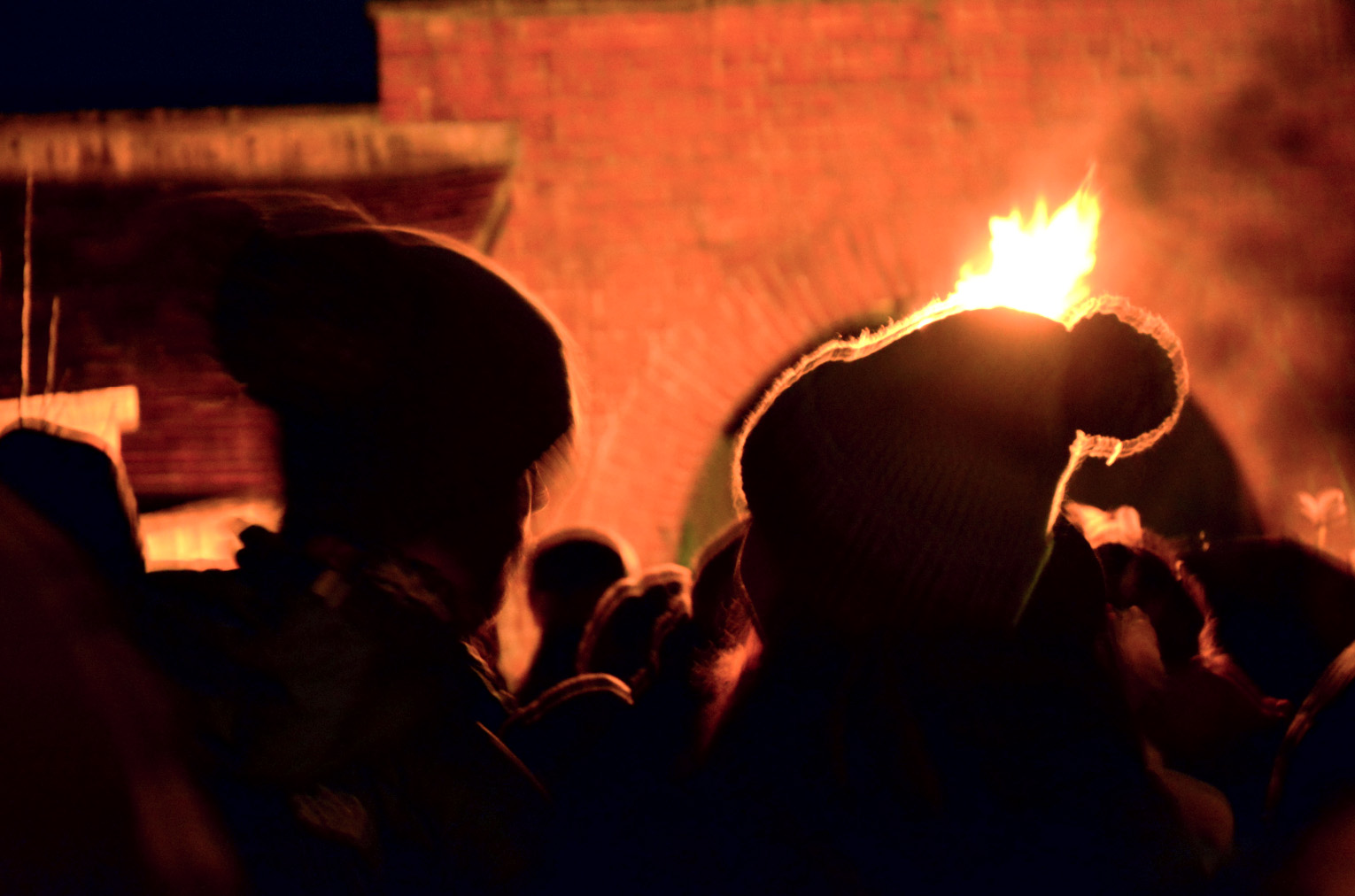 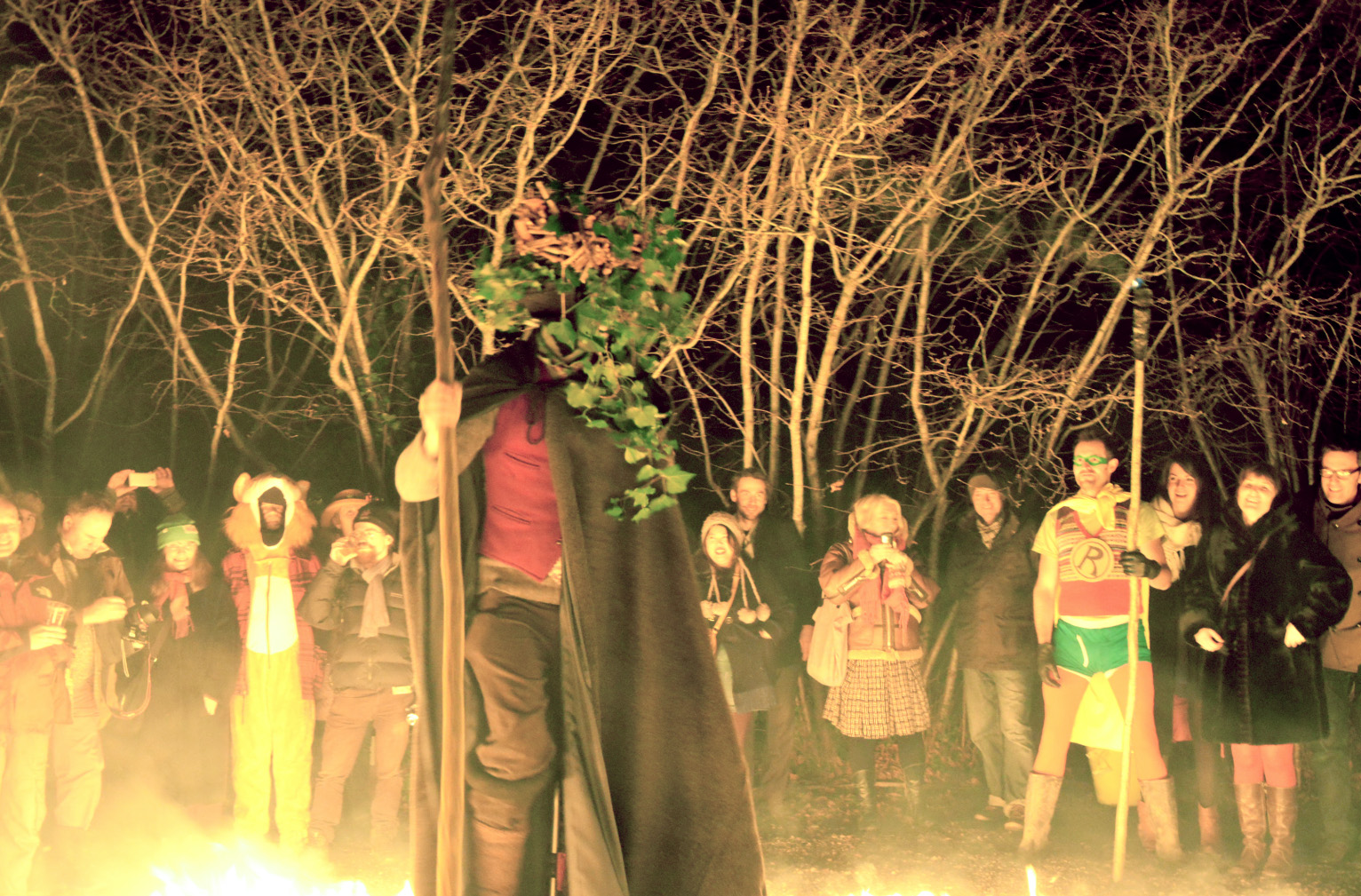