Itching to get out into the wilderness? Some of the finest scenery in the whole of the UK is only a couple of hours away from Edinburgh’s city centre. Hire a car in Edinburgh and take an epic road trip to the outdoors paradise of Loch Lomond and the Trossachs. 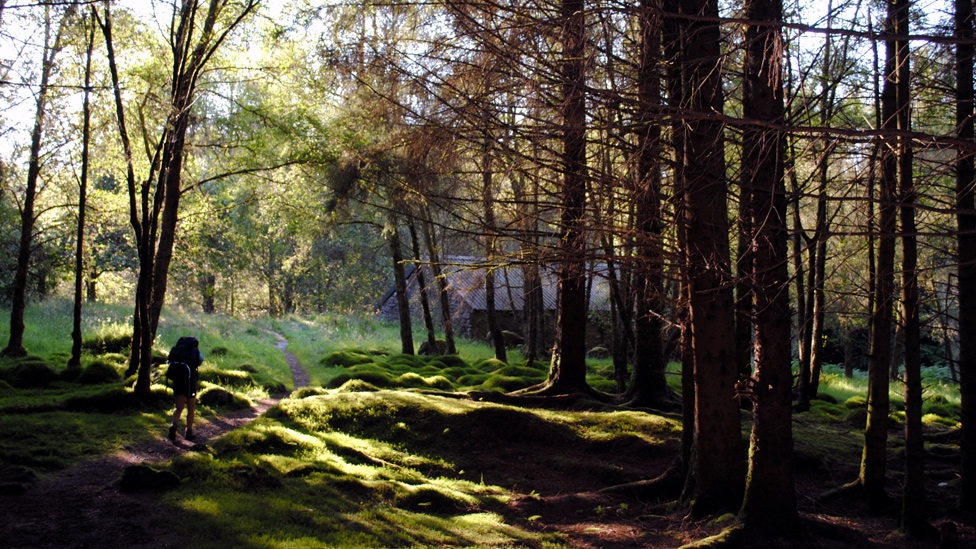 Located in the heart of Scotland, Loch Lomond and the Trossachs National Park covers approximately 720 square miles of rugged terrain. Half of the Scottish population live within an hour of the park, making it a doddle to get to.

Some 15,000 people are even luckier and live within the park boundaries, although humans are certainly outnumbered by animal species in this part of Scotland. Criss-crossed by fifty rivers and home to dozens of lochs, the park’s fresh water sources are inhabited by many fish species, including trout, pike perch, salmon, char, and even an ancient fish species dating from the Ice Age, the powan. Or go scouting for bigger, furrier beasts – deer, ospreys and otters abound.

As for the landscapes, this is Scotland at its most epic – ancient forests, remote moorlands and nearly 40 miles of spectacular coastline are all straight out of Disney’s Brave. Here’s how to hit the road and chase a bit of the Scottish wild. 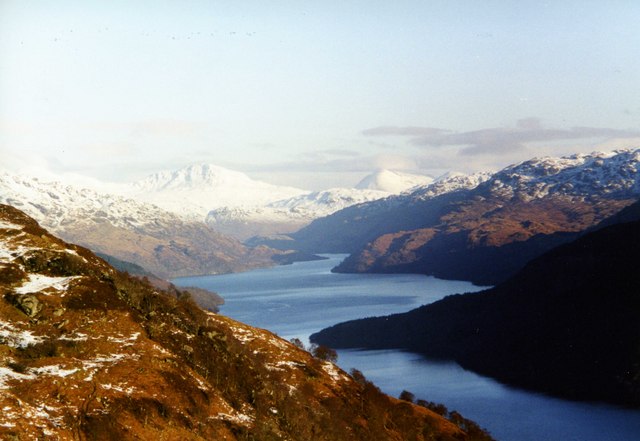 Edinburgh to Loch Lomond via Glasgow

To reach the national park from Edinburgh set out west on the M8 towards Glasgow. Bypass the city and head to Balloch following the A82. Balloch is located 70 miles away from Edinburgh and is a convenient gateway to Loch Lomond and the Trossachs National Park. Once in Balloch, you can pick up free leaflets and maps from the National Park headquarters or from the Visit Scotland office. The A82 follows the western edge of the lake offering great views over the loch’s islands, like Inchmurrin, which will appear on your right soon after you leave Balloch.

A few miles down the road you will come across Luss, a traditional Scottish settlement that has been recently listed as a conservation village. Formerly inhabited by Vikings, soldiers, and monks, today Luss is a compulsory stopping point for visitors to Loch Lomond due the great vistas that can be had from the pier.

As you continue driving north, you will soon come to spot the unmistakable silhouette of Ben Lomond. At the crossroads of the A82 and the A83 you have the option of taking a detour and visit Arrochan. The town is popular among hill walkers and mountaineers and therefore has a well-developed tourist infrastructure. Arrochan is a great place to stop for lunch and to sample the best of Scottish cuisine at the town’s inns and restaurants. 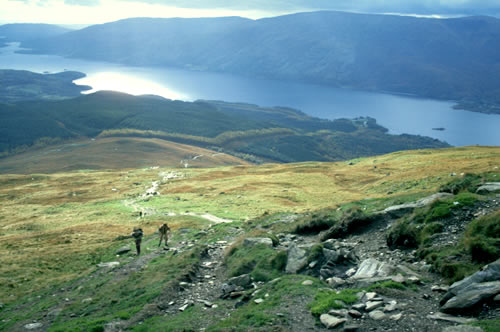 Edinburgh to Loch Lomond via Stirling

Another option is to drive on the M9 towards Stirling and enter the park via the A84 at Callander. This is a particularly scenic route suited to those who appreciate wilderness landscapes. As you leave Callander, you will feel as if you were driving into a labyrinth of mountains, rivers, waterfalls, and lochs. A small country road takes you through Loch Vernachar, Loch Achray, and Loch Ard, before ending up at the shores of magnificent Loch Arklet. There is a little cafe near Vernachar which offers idyllic views of the surrounding landscape.

Alternatively, you can continue north on the A84 driving past Loch Lubnaig, which enjoys a spectacular setting right in the heart of the Trossachs. The further north you drive, the more dramatic and wild the landscape becomes, so don’t be surprised if you have the road all to yourself until you reach Killin, a charming Highlands village on the banks of River Lochay. From Killin, you can easily drive to Perth and back to Edinburgh.