A chat with Sally Snow, zoologist, documentary maker and self-proclaimed ‘environment bum’, on saving whale sharks in the Philippines and wanting to be Eliza Thornberry when she grows up. 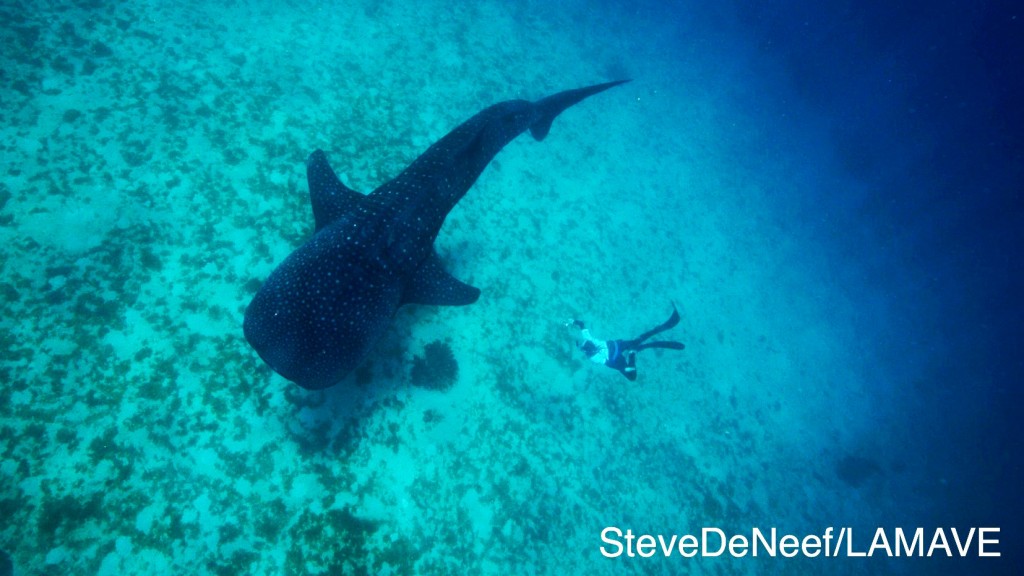 I grew up loving animals, and when Eliza Thornberry rocked up on TV in her parents’ campervan I wished I could have been her – a girl who travelled the world, could speak to animals and had a best friend called Darwin! I’m from Pembrokeshire, which has it all – mountains, sea, cliffs, rivers, it’s the perfect adventure playground. I grew up on the edge of a small wood and my father used to record moths, which inevitably ended up in my cereal each morning. We had birds and lizards in the garden, and for a period of time we had a small fox cub that would run to your feet when you called. One very exciting evening for my ten-year-old self was finding an otter in our bathroom!

Studying zoology was inevitable. When I realised both my parents had studied zoology, I was adamant that I would not follow suit, but travelling before university made me realise that I adored the natural world, and my fascination for animals grew – a new world of research and science was opened up to me. At university I discovered that dolphins roved the sea looking for females, ants could choose houses and bees communicated through dance. I’m always surprised at how much variety we have in the world.

It wasn’t long before I got itchy feet. Before I came to the Philippines, I worked for an independent production company in Cardiff that specialised in making wildlife documentaries. I loved the job, but I got to the stage when I realised I wanted to learn more about the world, to discover stories and to find out what was happening to our seas. I had a particular interest in finding out more about the whale shark, so I bought a camera, asked WWF Philippines if I could join their research project, and bought a five month ticket. I fell in love with the Philippines, the sea and the people. 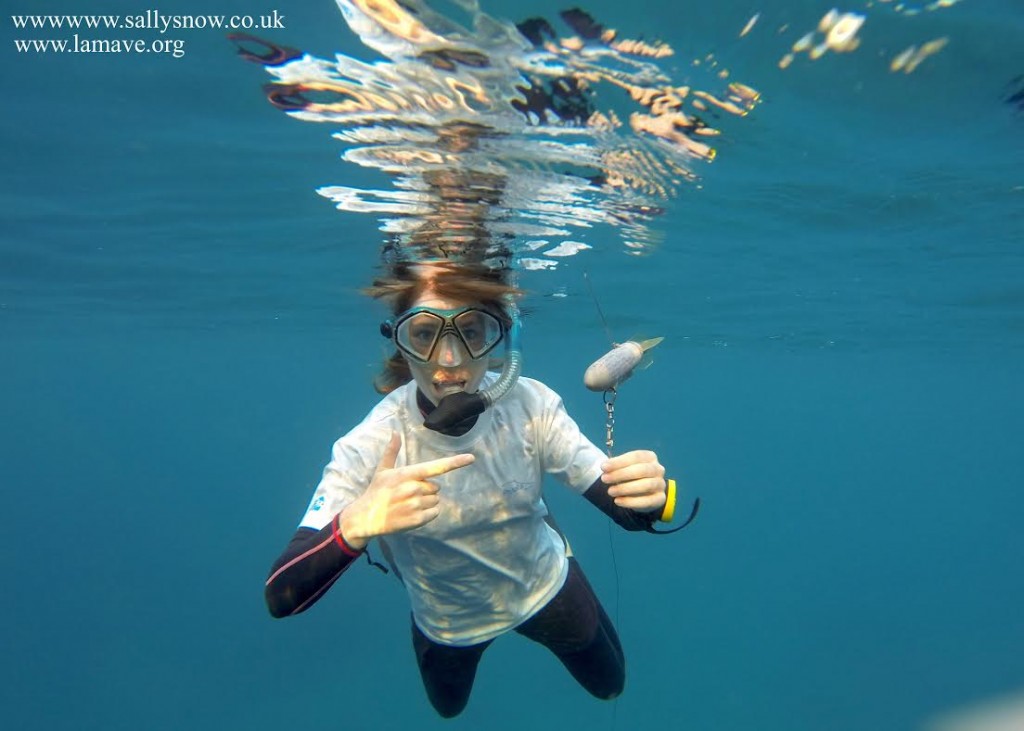 LAMAVE stands for LArge MArine VEertebrate Project, Philippines. We study sharks, dolphins, turtles, manta rays and any other big marine animals. We are an NGO – non government organisation – which means we are a non-profit. As an organisation we operate primarily for the protection of the environment through marine conservation initiatives.

Everyday at LAMAVE is different. During one season my field team were based in a new area and identified just under 100 individual whale sharks, a staggering number in such a small time. Some days, I’m out at sea, diving down after a whale shark to get that all important photograph which we can use as an ID, other days I’m trying to fix our project car or interviewing local fishermen about sightings of marine animals or old hunting techniques. Then there is computer time – you can’t escape it! I do data analysis, write abstracts, design educational material or post about our research online.

Documentaries are fabulous. I love how they are a platform to tell a story in a creative way, both from behind and in front of the camera. When typhoon Haiyan hit the Philippines, photographer Steve De Neef and I travelled for two days to remote islands affected by the typhoon. We made a short film about the seaweed farmers on the island that were struggling to rebuild their livelihood after it was destroyed by the storm. Video can be a powerful way to raise awareness.

Seeing your first whale shark is mesmerising. Imagine a giant spotty bus emerging from a cloud of plankton right in front of you – that’s pretty much it! Whale sharks are incredible creatures, they’re so beautiful you just can’t take your eyes off them. 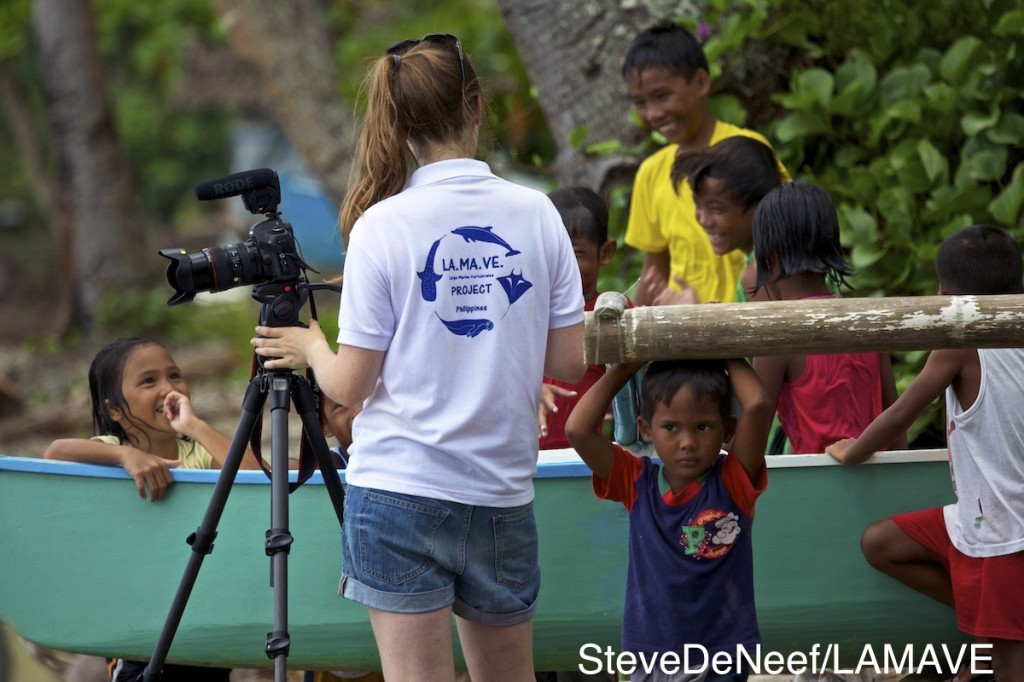 Whale sharks need protecting. They are currently listed as vulnerable on the IUCN List of Threatened Species but the scientific community still doesn’t know that much about them. We have no idea where exactly they breed, or how. In the Philippines we’ve identified over 700 different whale sharks – around 10% of the whale sharks identified on whaleshark.org, a worldwide database. We are learning more about their movements, and satellite tags allow us to track individuals while photo ID offers an economic method of studying short term shark movements. Understanding their migration patterns is essential – in South East Asia, whale sharks are still caught for their meat and fins, which means that if sharks are moving into unprotected waters they are at risk.

It’s easy to get involved. Read more, so you are better informed about the cause, or come and volunteer! A few of our projects rely on the help of volunteers and there’s more information on our website. You can also follow us on Facebook.

I’m excited about my next adventure I’m currently working on an independent film project with a couple of passionate and talented individuals. We are still in production at the moment, but watch this space!