Fancy swimming in the shadow of Kings Cross, hiking in the skies of New York or surfing in the middle of Munich? It’s all possible in these awesome urban-meets-rural architectural features. 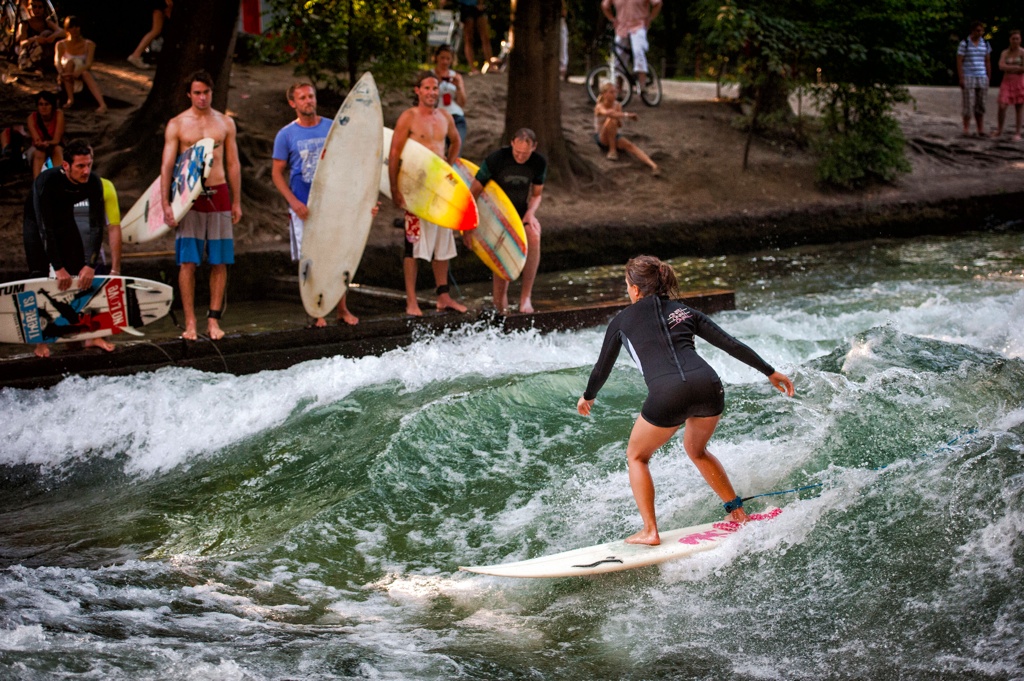 SURF IN MUNICH’S CITY CENTRE
It was only made legal to surf the little Eisbach river, which flows through one of Munich’s parks, in 2010. Concrete berms under the water allow a wave as big as two metres to constantly sweep through, much to the delight of local surfers. You need to be experienced to ride it, though, as you’ve got a split-second to get up on your board in a narrow space. Even if you’re not planning on hanging ten it’s worth heading to the river just to watch the pros and enjoy the strange feeling of chilling out with people in wetsuits whilst smartly dressed commuters hustle by. Photo via RiverBreak. 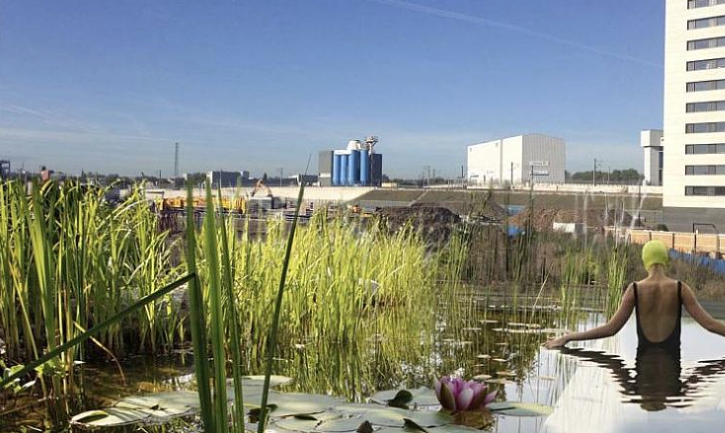 GO WILD SWIMMING IN KING’S CROSS
In April a green oasis in the heart of London’s city centre will offer urban swimmers the chance to take a dip in a chemical-free pool, kept clear with water plants. Officially an art installation, King’s Cross Pond Club will be open for 20 months, allowing 100 bathers a day the chance to escape into a small aquatic haven surrounded by wild flowers. If this is the future of urban development then I like it. 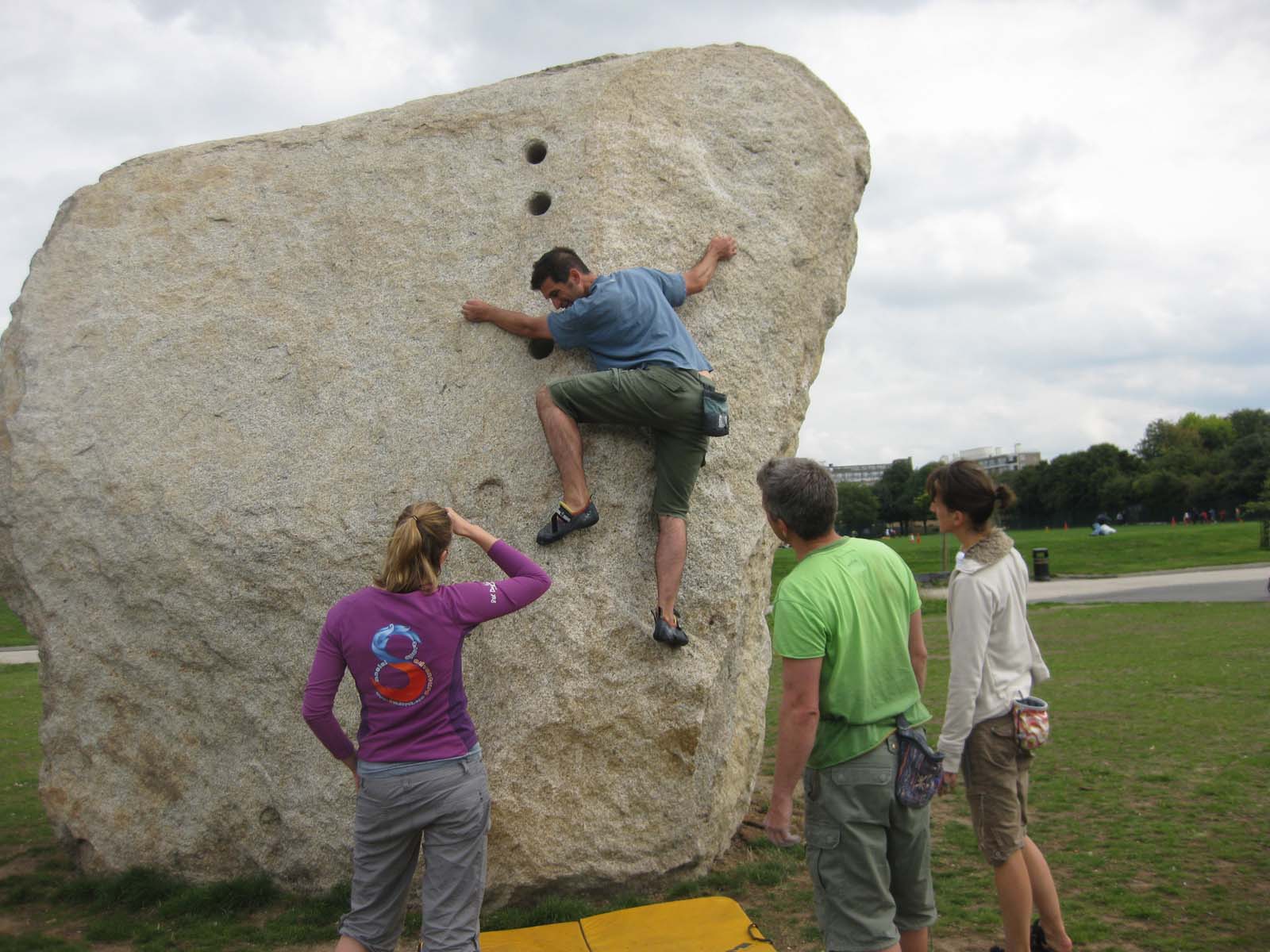 BOULDER IN SHOREDITCH
In the middle of hipsterland is a rather incongruous boulder, a massive granite lump standing proud in Shoreditch Park. The problems are varied and you don’t need a mat to climb there, although you might want a spotter if you’re working near the top. If you’re visiting the big smoke and want to flex your climbing fingers this is a great little detour. Photo by Jim Wallace 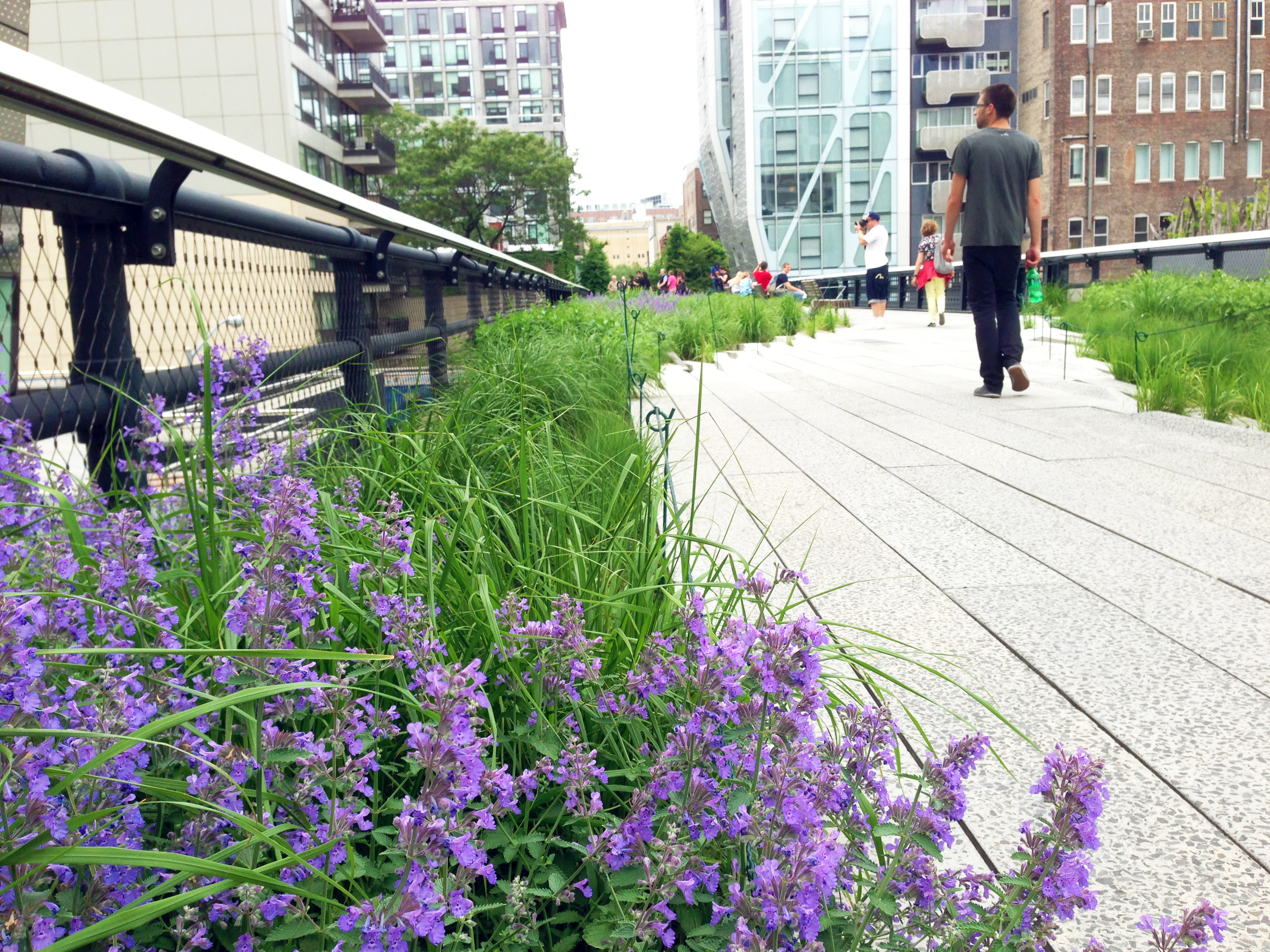 TAKE THE HIGH LINE IN NYC
I completely fell in love with this rural paradise suspended high above bustling New York. As my mate Pete explained after his trip to the Big Apple, the High Line is “the citizens of Manhattan laughing at the idea of compromise, creating their own green paradise above the streets.” Buy a gelato and wander past wildflowers, songbirds and art installations on this old railway bridge. 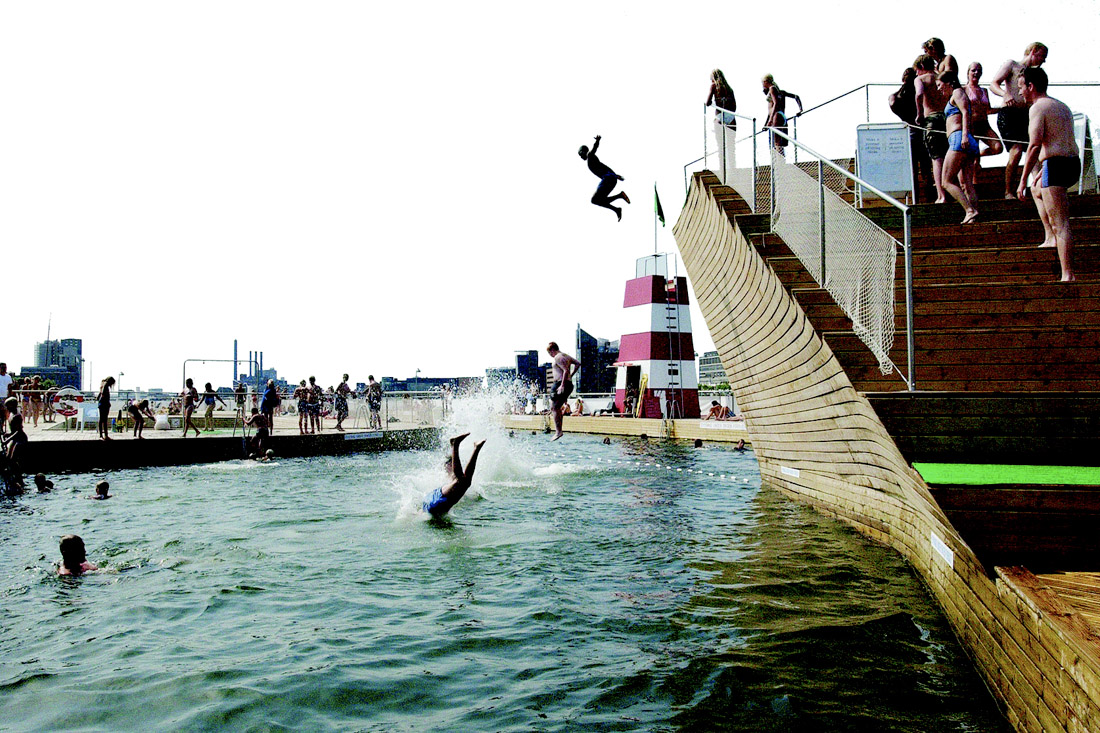 SWIM AROUND A SUNKEN SHIP IN COPENHAGEN
The citizens of Copenhagen aren’t just cycling nuts – they also love a dip in their beautifully clean harbour. There are four bathing complexes dotted about ready for a lazy evening’s swim and sunbathe, but the ‘sunken ship’ Havnebad, complete with diving platforms, is the coolest. Photo via ArchDaily

GO URBAN CAMPING IN ANTWERP
Sadly it’s not around to play on any more, but this installation in Antwerp was designed to show how space can be saved in urban areas, allowing people to camp on multi story platforms. Since then the metal structure has toured other European cities. It might not actually be very practical (where do the tent pegs go?) but it’s very fun to look at.

SURF IN A FOREST NEAR BRISTOL
Surfing in my own backyard! Cannot. Wait. Almost £220,000 has already been pledged on CrowdFunder for the Wave Bristol project and work is set to begin this year. The beautiful forested site in Almondsbury will feature gardens to explore and spaces to swim and eat, as well as a massive artificial wave to ride, with different sections for surfers of varying abilities. I may never go to the beach again.