What are you up to this weekend? If you find yourself in London town then you should head straight for the Adventure Travel Film Festival. Some seriously inspiring ladies are in the lineup, speaking and showing groundbreaking films about their incredible journeys around the world. From kayaking through wildest Mongolia and running New Zealand to ‘knicker philosophy’, these women are guaranteed to make you want to head out to explore the great outdoors. 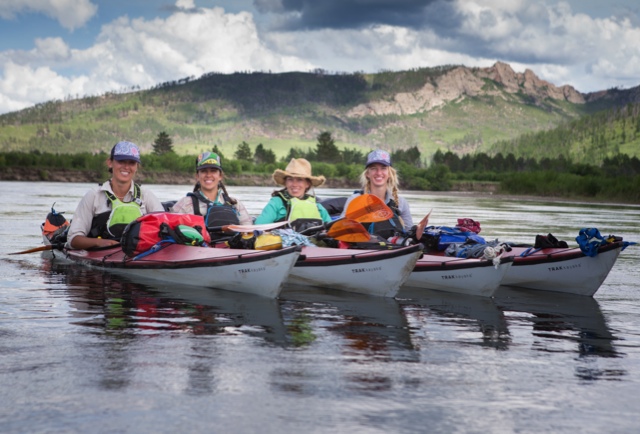 Nobody’s River – On the other side of the world, four adventurous American women hatched a plan to kayak the length of the mighty Amur River through Mongolia and the harsh landscape of industrial Russia. This is a moving film is dark at times but will still leave you uplifted and inspired by the power of friendship and the great outdoors. 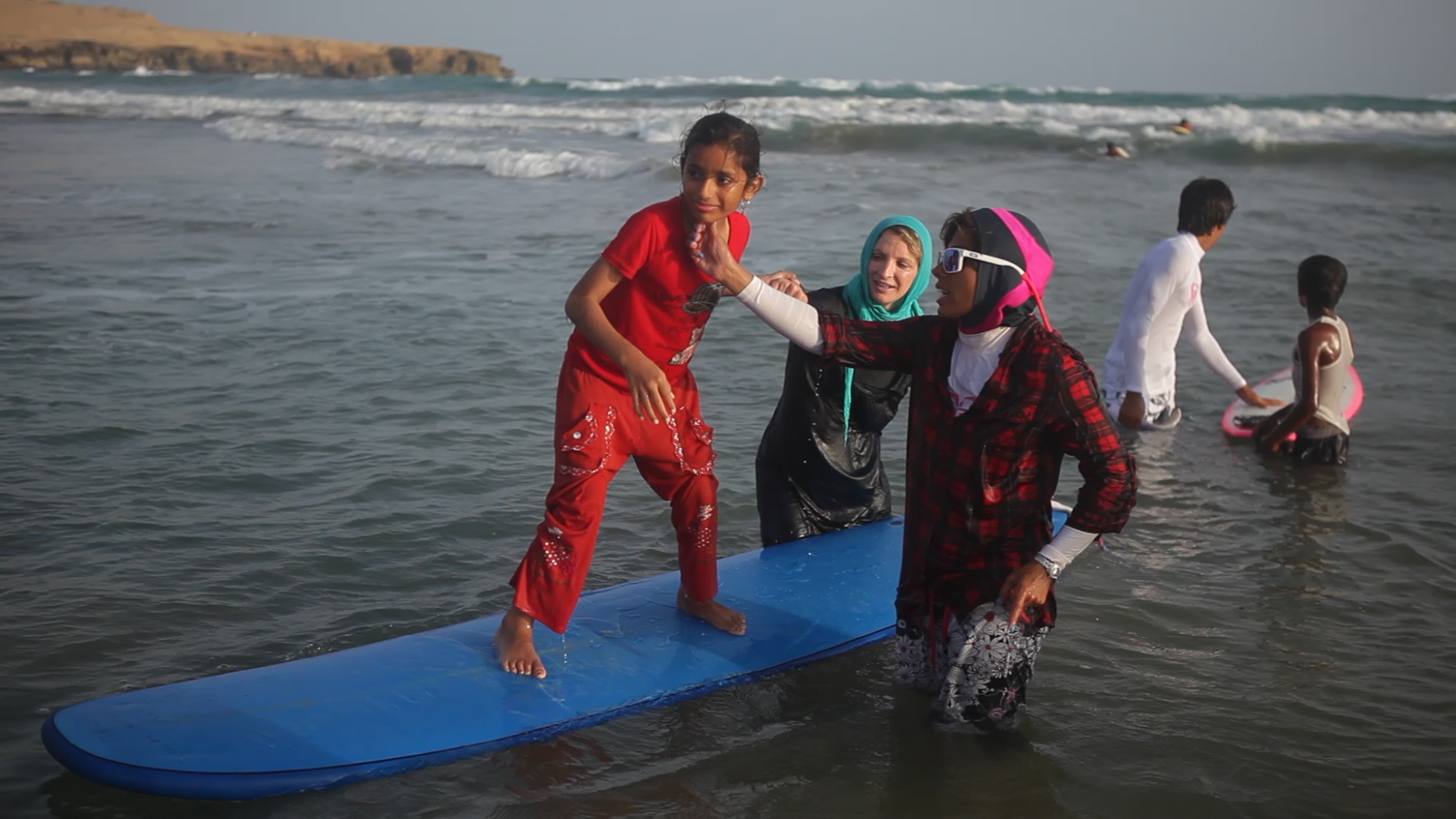 Into the Sea is a groundbreaking film about Irish surf champion Easkey Britten’s project teaching Iranian girls how to surf. Easkey travelled with French film-maker Marion Poiseau to Baluchistan, a desolate and conservative corner of Iran, to make this inspiring and surprising documentary.

Jo Magpie is a writer and long-term adventurer with an unstoppable lust for hitchhiking remote mountain roads. Even after hitching more than thirty countries over the past ten years, expiring deserts and remote mountain passes still makes Jo’s pulse quicken. Jo is currently working on her first book, The Female Hitchhiker, and will be taking part in the ‘Ask The Experts’ panel discussion on hitch-hiking adventures.

Squash Falconer will be taking part in the ‘Ask The Experts’ panel on Human-Powered Adventures. Squash is an all-action mountain-climbing, para-gliding, adventure cycling wonder-woman. Stay tuned for her very wise ‘knickers philosophy’… 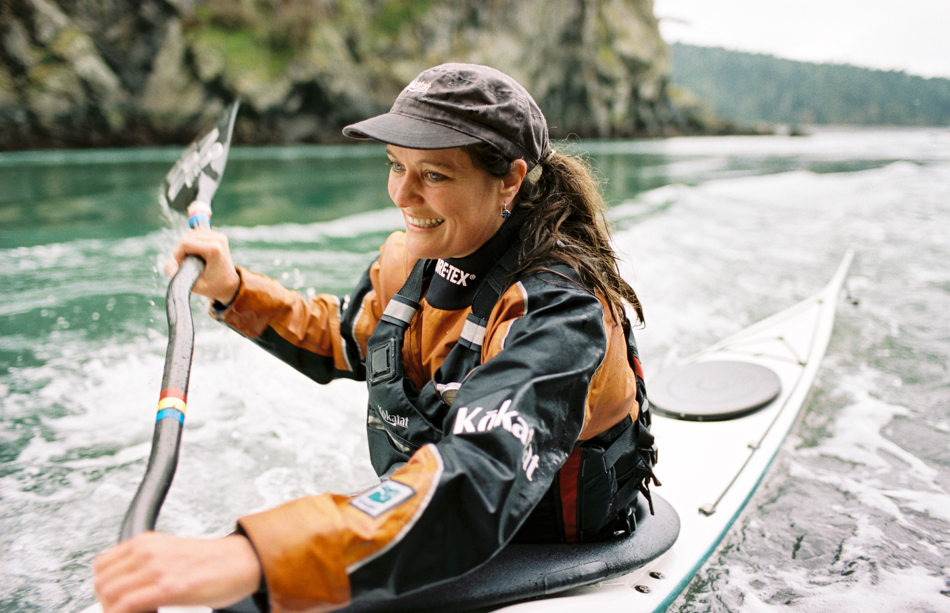 Sitting alongside Squash on the Human-Powered Adventures panel will be extreme kayaker and ex-BBC producer Justine Curgenven, who left her job at the Beeb to set up her own successful production company, making jaw-dropping films about her incredible sea kayaking expeditions around the world. 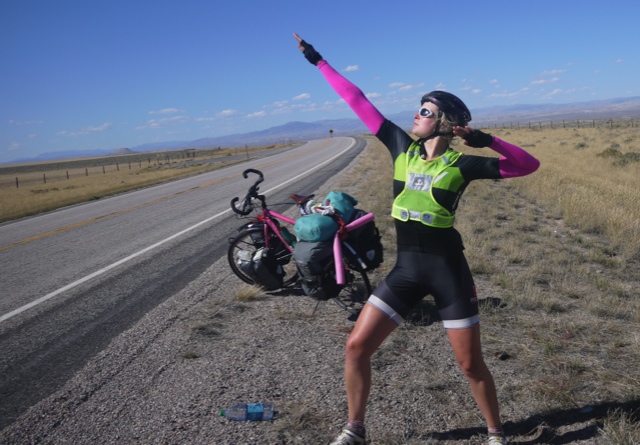 Londoner Anna McNuff is one of the featured speakers at the festival and will be telling tales of true grit from her solo cycle tour of every US state. Anna biked alone through deserts, floods and blizzards and has just returned from running the length of New Zealand solo.

Editor of Wanderlust Magazine Phoebe Smith returns to the festival with workshops on travel writing and publishing. Phoebe’s also a wild camping veteran, and the author of several books on wilderness adventures in the UK. 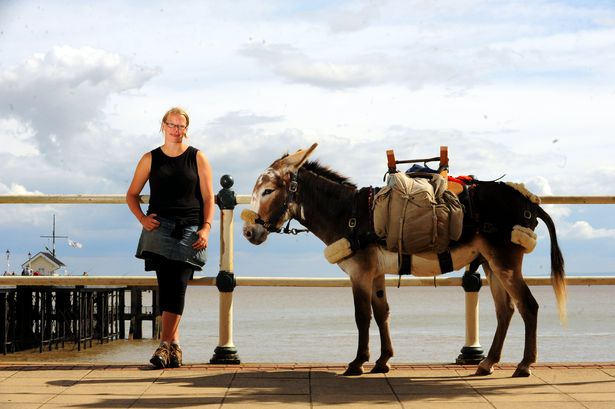 Travel writer Hannah Engelkamp is probably the only person you’ll ever meet who has walked 1000 miles around the perimeter of Wales with a donkey. She’ll be sharing her tips about pulling off a kickstarter campaign to fund her adventure film-making.

This impressive line-up of adventurous ladies may have something to do with the fact that the festival is co-curated by motorcycle adventurer and travel writer Lois Pryce. Best known for her books about her journeys on two wheels through the Americas and Africa, she set up the festival five years ago with her husband and fellow adventurer, Austin Vince. Their ethos is to celebrate the spirit of real-life independent adventure travel.