Dublin is well known as a city of friendly folk and really great beer. But it’s also a remarkably outdoorsy place to visit, a cosmopolitan hub nestled within arm’s reach of hills and sea. From foraging in the city centre to heading out hiking and cycling in the mountains, the jewel in Ireland’s crown is the perfect place for combining a cultured city break with a dose of the great outdoors.

Dublin speaks of itself in remarkably humble words for a city with so much to offer. They’re very fond of their runner-status as second friendliest city in the world and almost Europe’s leading city break. But they’re doing themselves a disservice. This is a magical and charming city that deserves to go straight to the top of your travel wishlist.

And whilst all the clichés of a trip to Ireland’s capital are true – history! hurling! many many pints of Guinness! Dublin has another feather in its cap. It’s a fantastic city for outdoor adventure, whether within the centre or as a base for a weekend escape to wide open spaces for some much-needed fresh air.

There’s more to do than you could ever pack into a weekend. Head to the Dublin Mountains on the city’s doorstep and you’ll find 43km of mountain trails offering stunning views of its spires and rooftops. Sail in Dublin’s bay and you’ll learn a new skill as well as seeing the city from another perspective. Go kayaking by the pretty village of Dalkey nearby and you might spot resident seals. Or practise your aim in the beautiful country grounds where Balheary Shooting run clay pigeon shooting days.

After all, a cold pint of Guinness in a cosy Dublin pub will taste even better after a day spent outdoors. 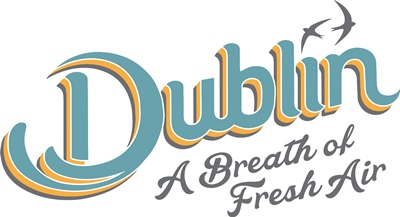