More of my explorations in the Kenyan highlands, including the most beautiful pool I’ve ever swam in, a climb up Hyena Rock, a flower-filled haven of a farmstay and a REALLY big dog named Colonel Lawrence. 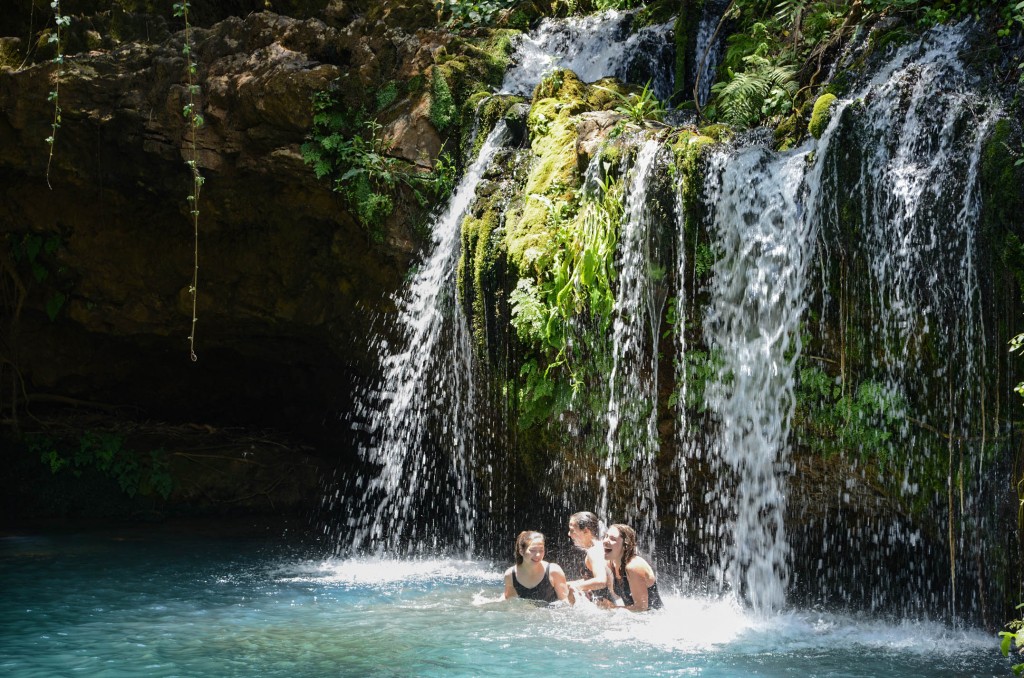 OLEPANGI FARM
Elizabeth and Clinton run GoWild Africa safaris from their charming farm. They’ve laboured to create a flower-filled haven with five fairytale thatched cottages and a romantic roundhouse full of antique finds and objects d’art collected from their world travels – the whole effect is English country house meets wild Africa. An utterly relaxed place to stay, from lazy breakfast on the terrace watching elephants lumber by to sundowners under a sky full of stars. Plus, there are 24 stunning horses to ride in the glorious surrounding countryside and, of course, you get to hang out with Colonel Lawrence, the enormous South African Boerboel – isn’t he gorgeous? 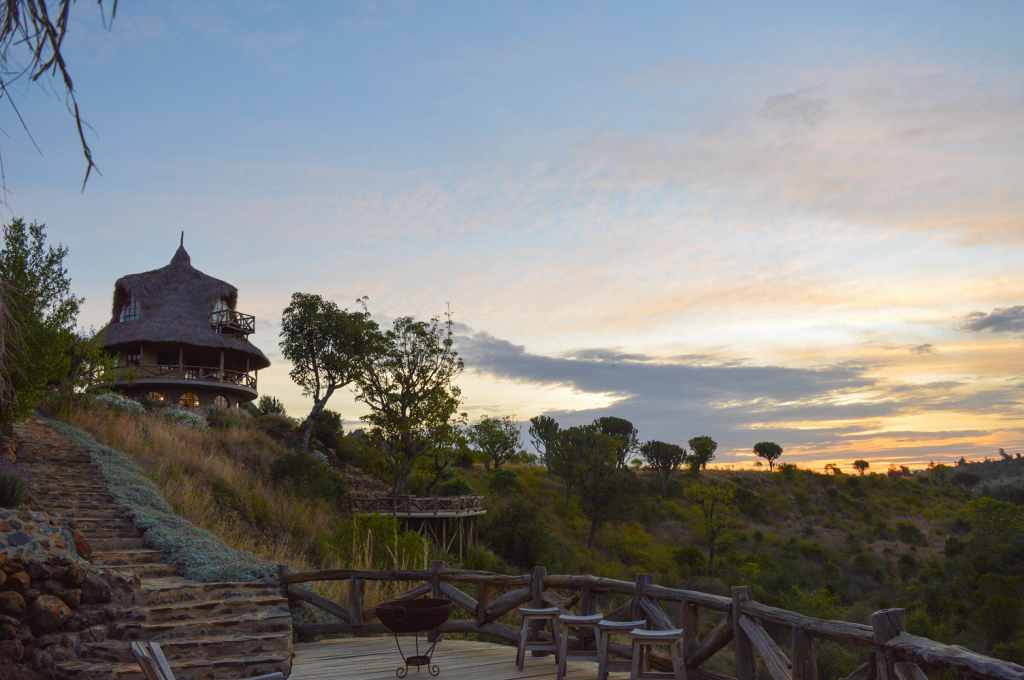 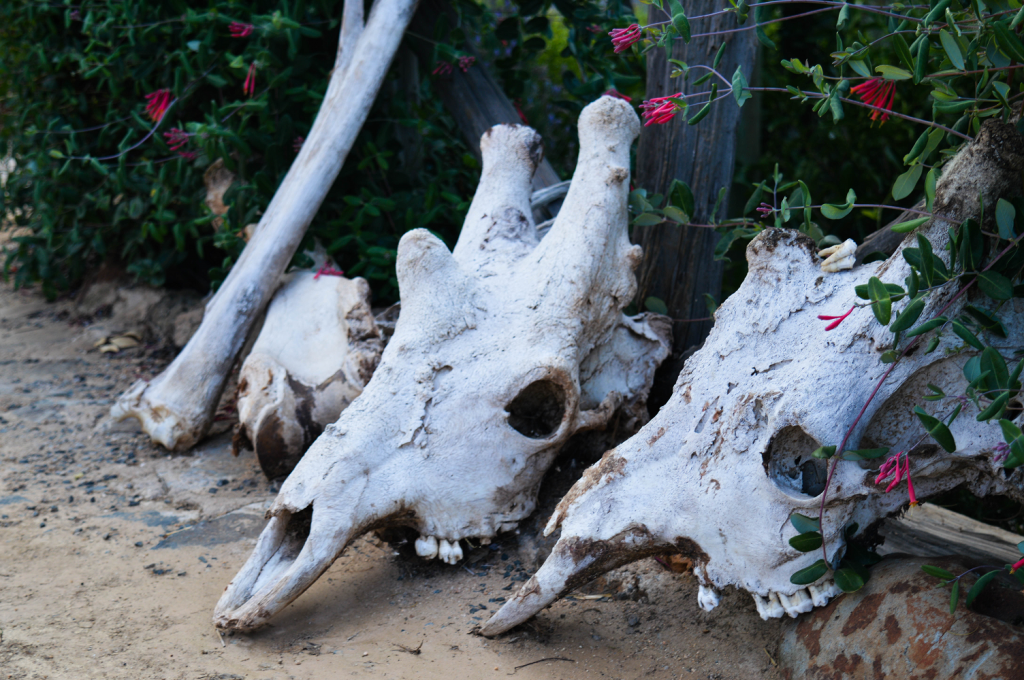 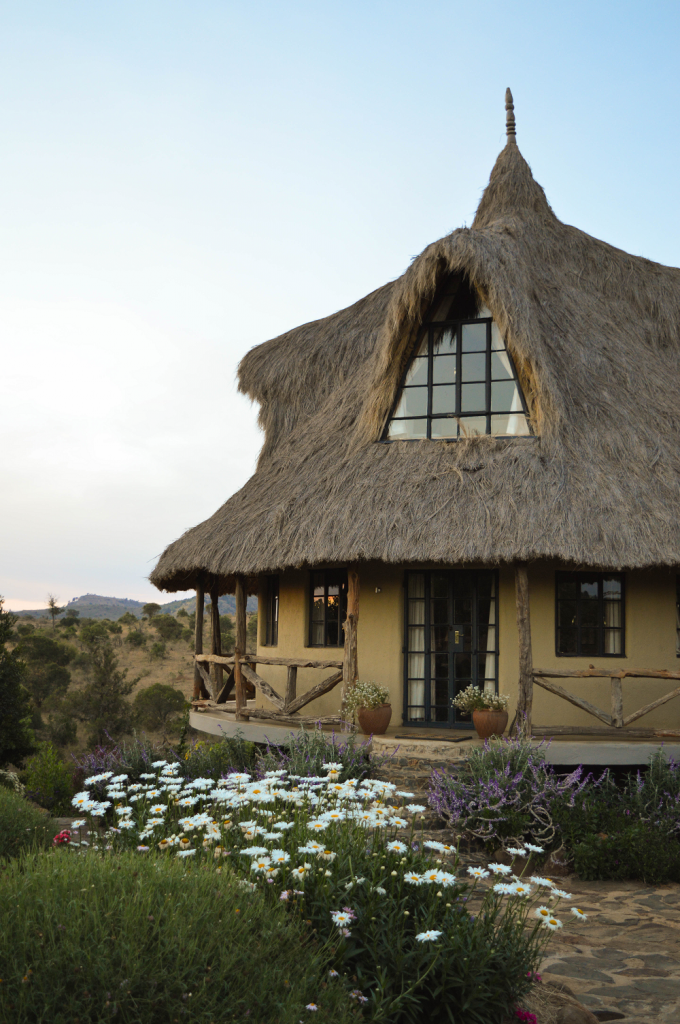 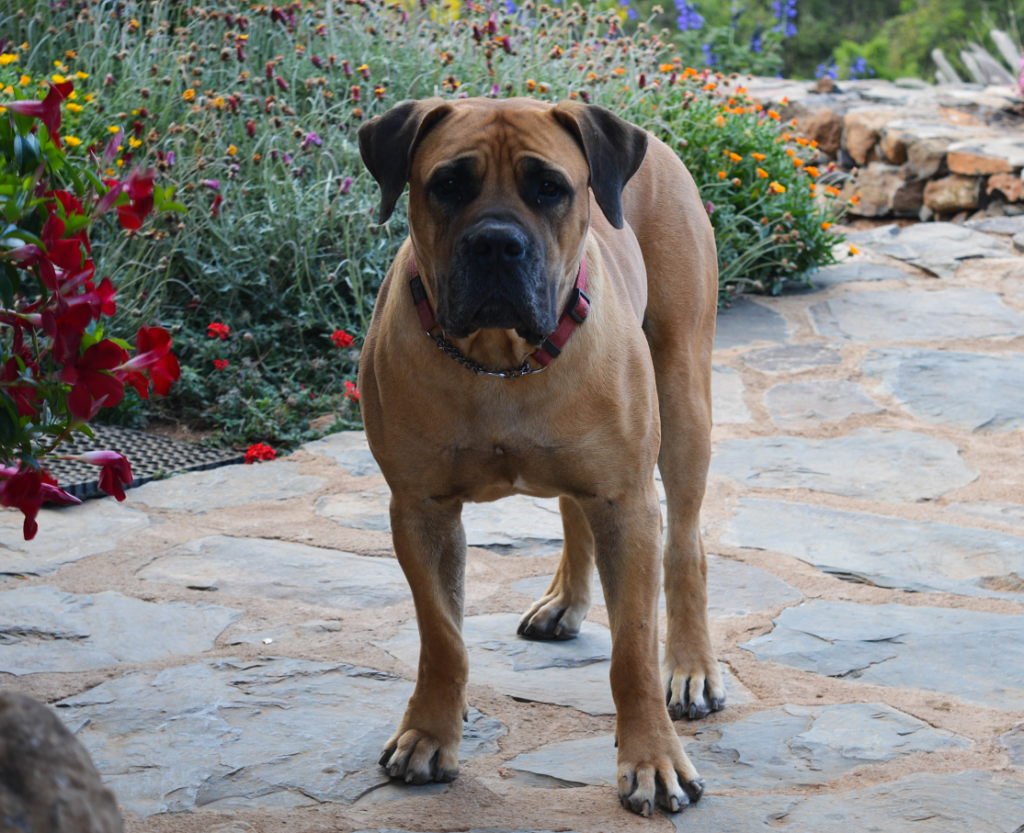 NGARE NDARE FOREST POOLS
Lost in the lush indigenous forest in the foothills of Mount Kenya are these incredible turquoise pools, where elephants are known to come at dawn and dusk to drink. An insanely bumpy track leads into the forest, where there’s a canopy walk snaking through the trees. After a wander on high you can hike to the series of pools, hidden until you stumble right upon them. The largest is deep and clear, with snaking vines straight out of Tarzan hanging in water of a perfect duck-egg blue. Audrey, Izzy and I decided to be brave and climb to the top of the waterfall, clinging to roots and vines as we went, and then took the adrenaline-fuelled leap of faith into the cool water. 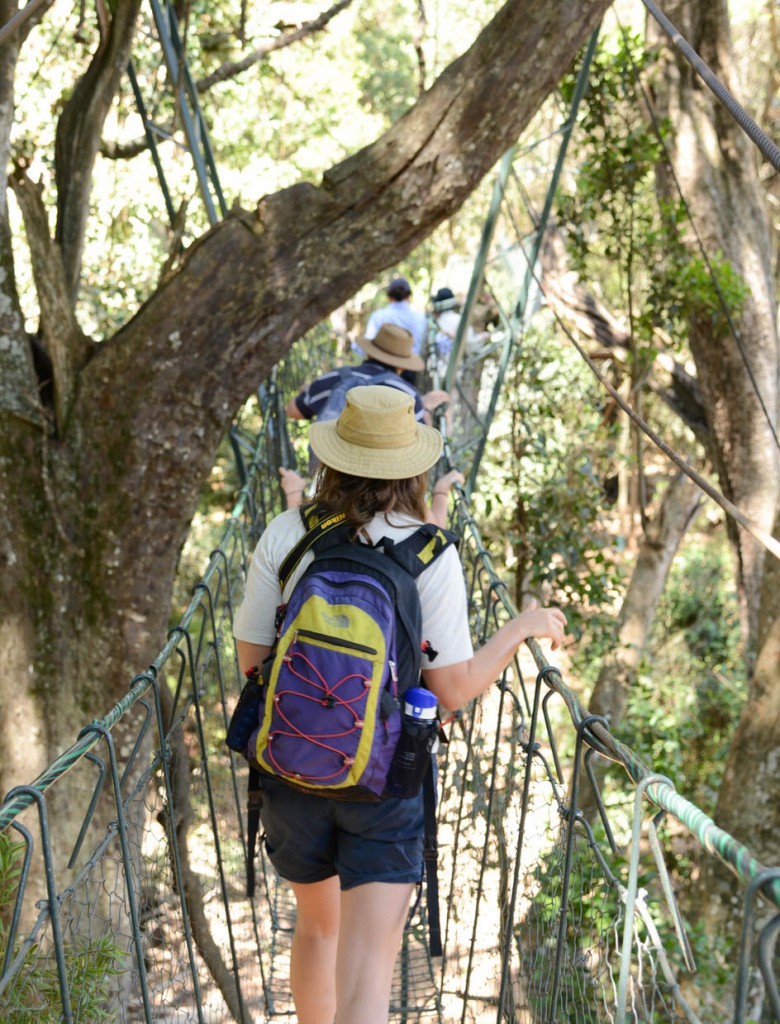 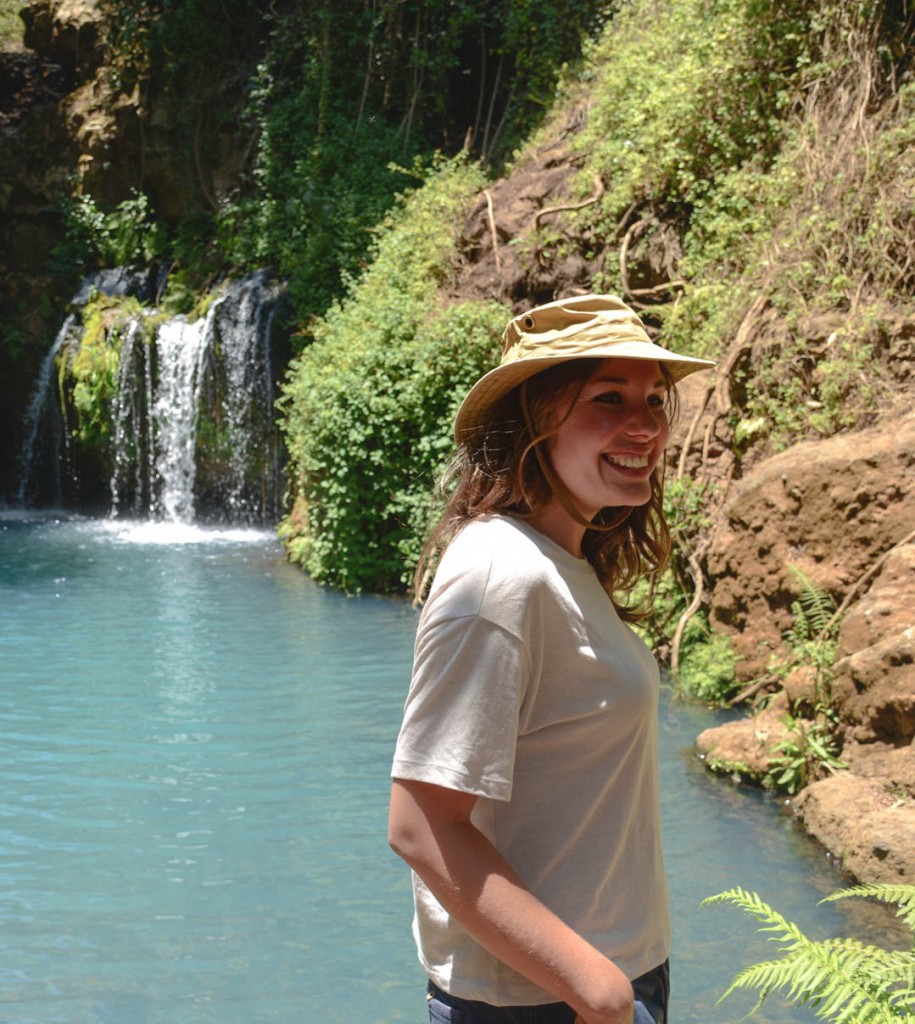 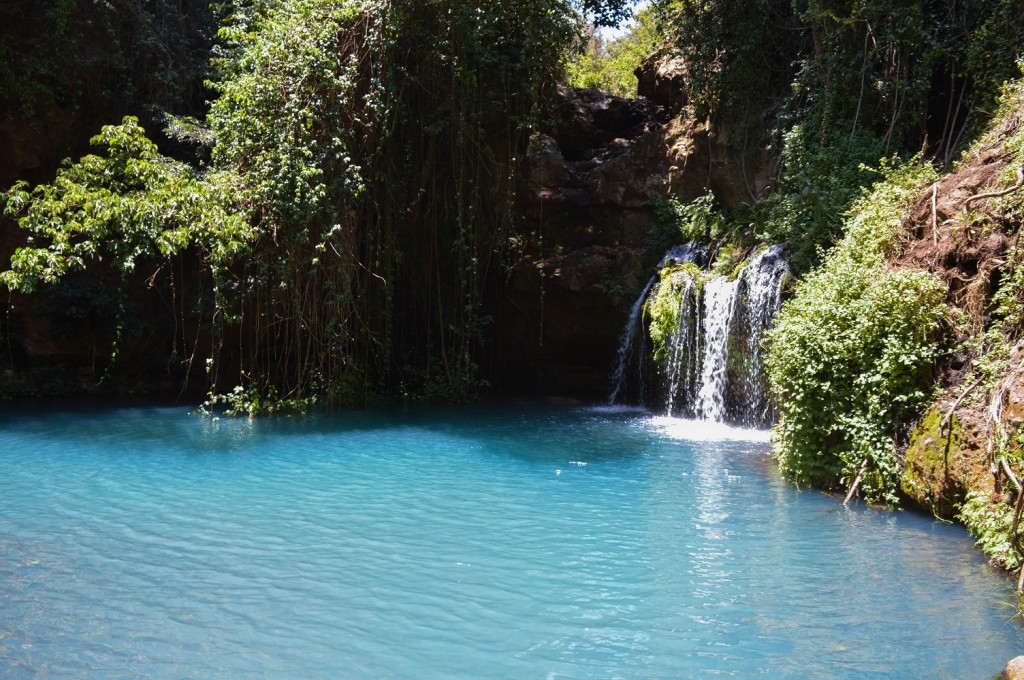 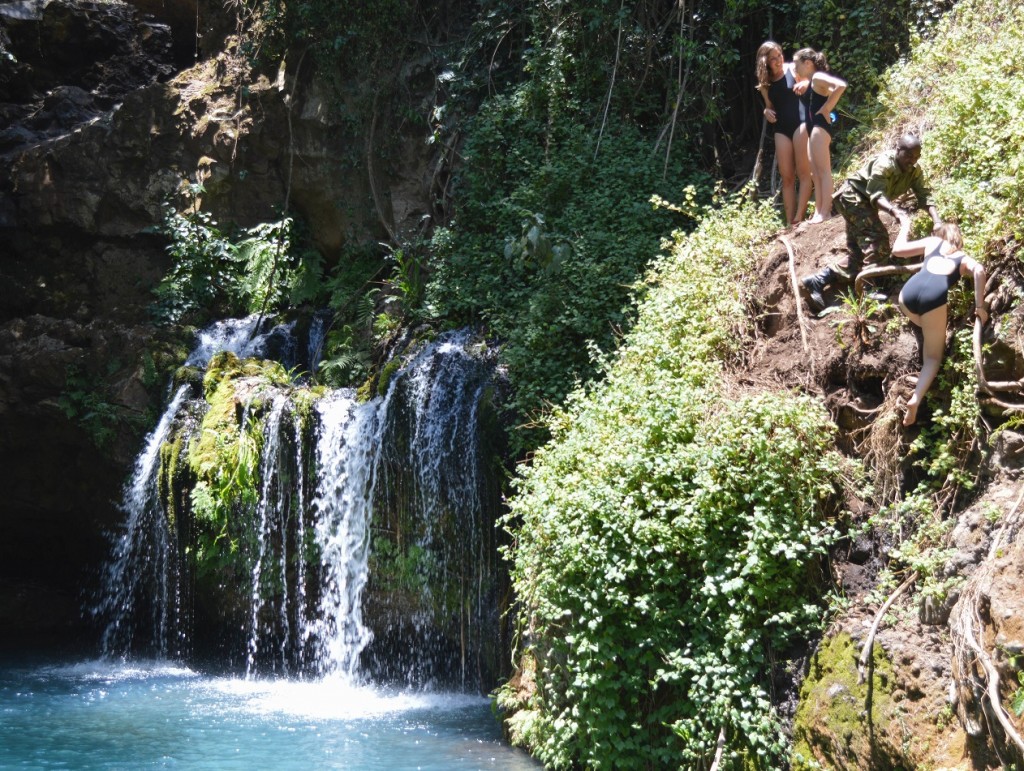 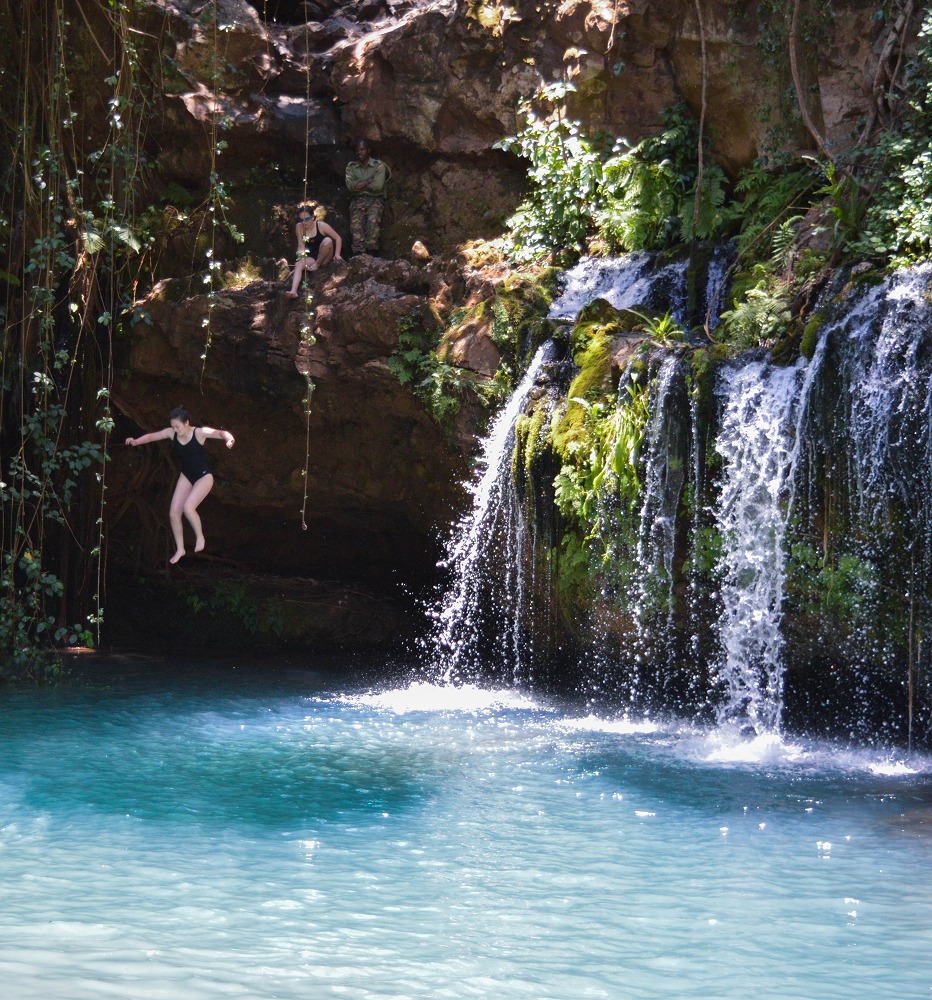 LAIKIPIA COUNTY
Everything is an adventure in the the Kenyan highlands, from doing the shopping in Nanyuki town to driving through the countryside and startling a couple of comic book-cute dikdiks. The people here are warm and friendly, and the local children were some of the happiest and sweetest kids I’ve ever met, screeching with delight if you stopped to say hello. And then there’s the landscape, which is ever-changing, from fertile fields and swaying corn, pine forests where thatched houses nestle and complete Out of Africa wilderness, all with the snow-capped peaks of Mount Kenya as an ever-present backdrop.

One day we came across a stone outcrop locally known as Hyena Rock – to see it is to want to climb it. At the top you can look out for miles over wilderness dotted with acacia trees. And Hyena Rock lived up to its name for us – as we climbed back down a rare striped hyena broke cover from the undergrowth and bounded away through the bushes. 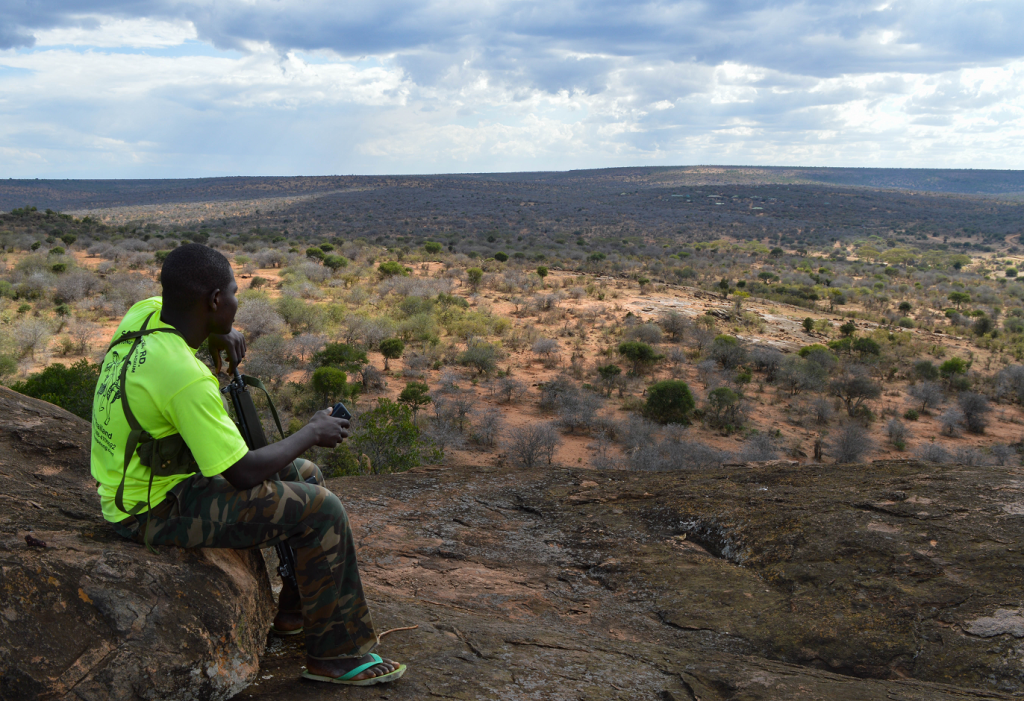 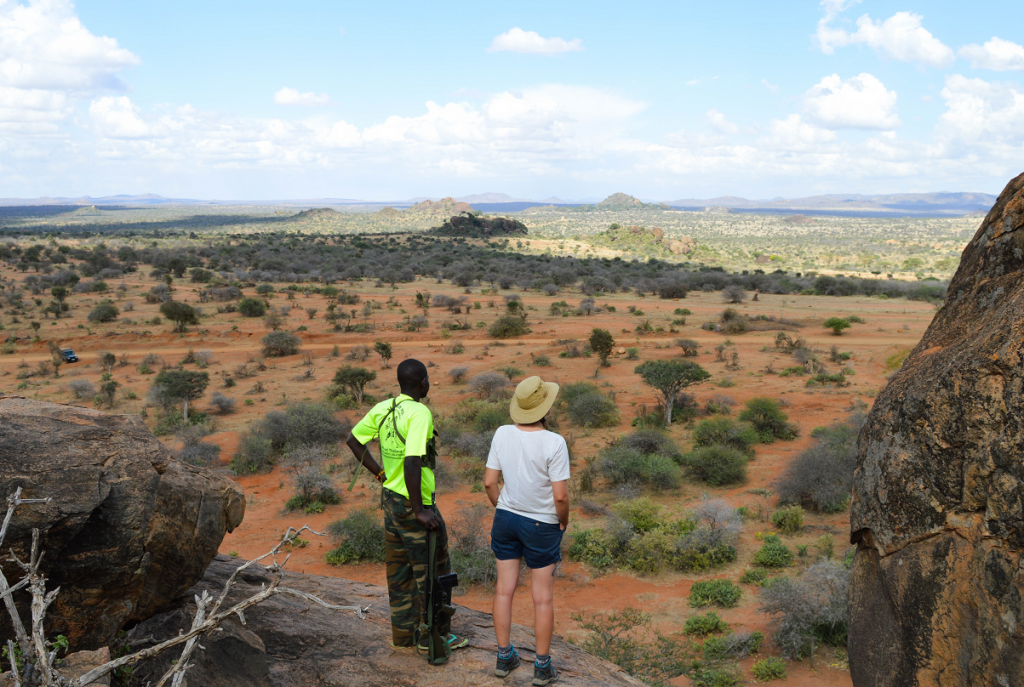 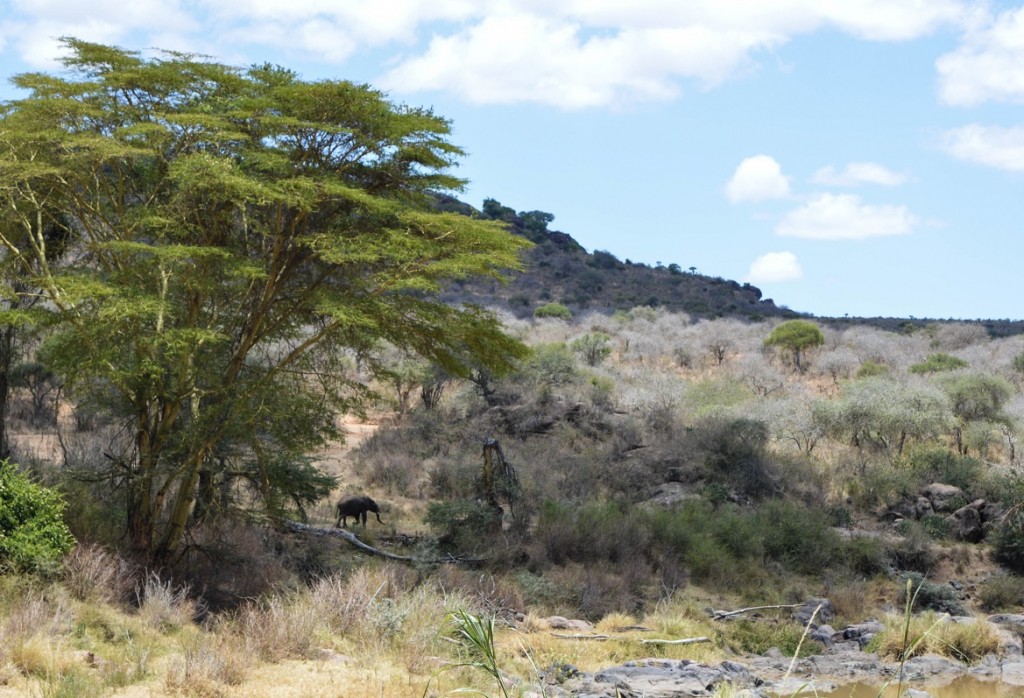 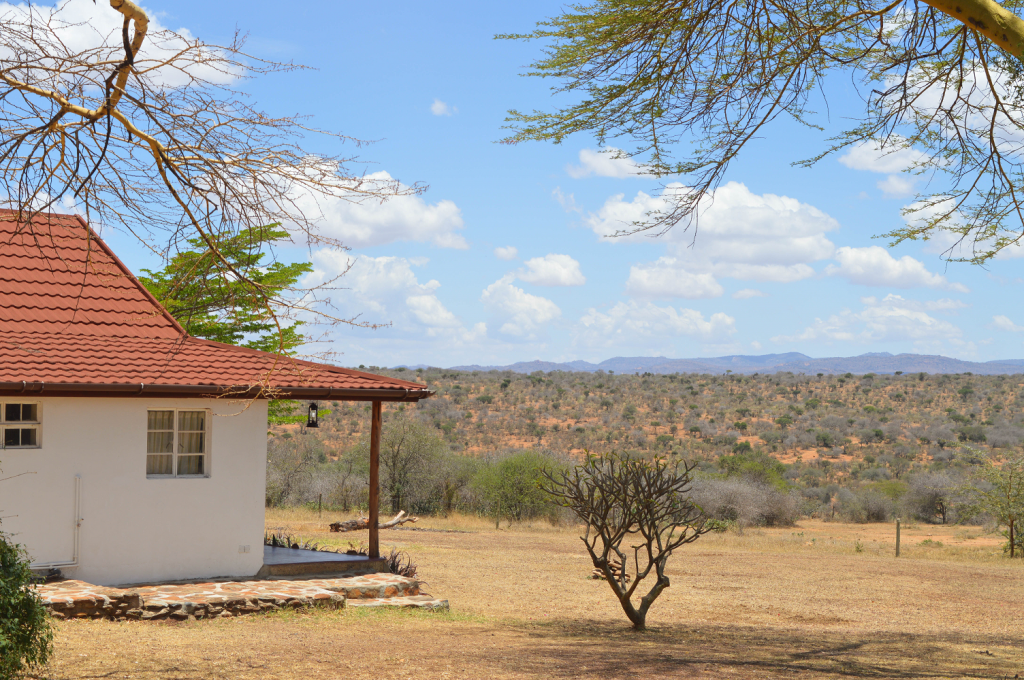 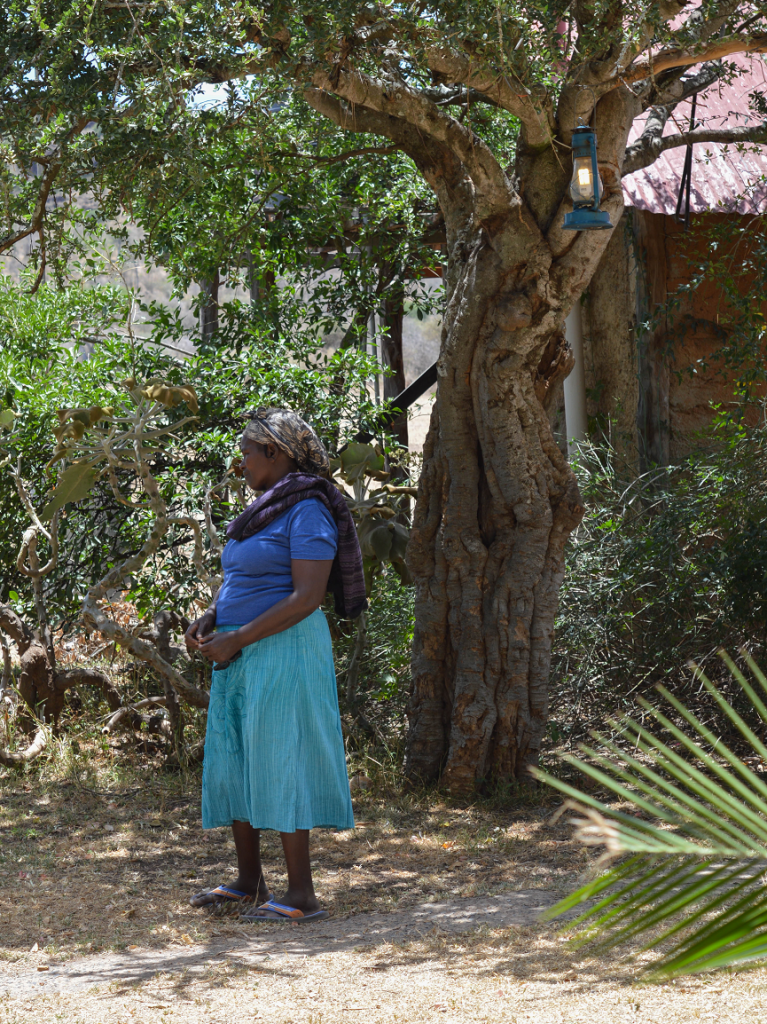 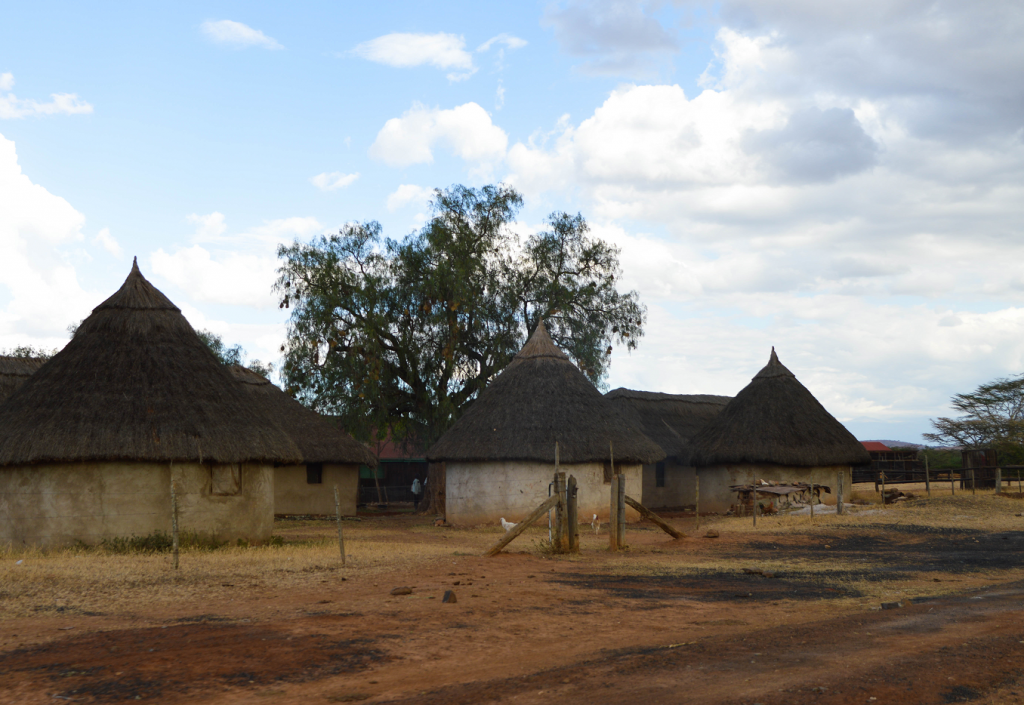 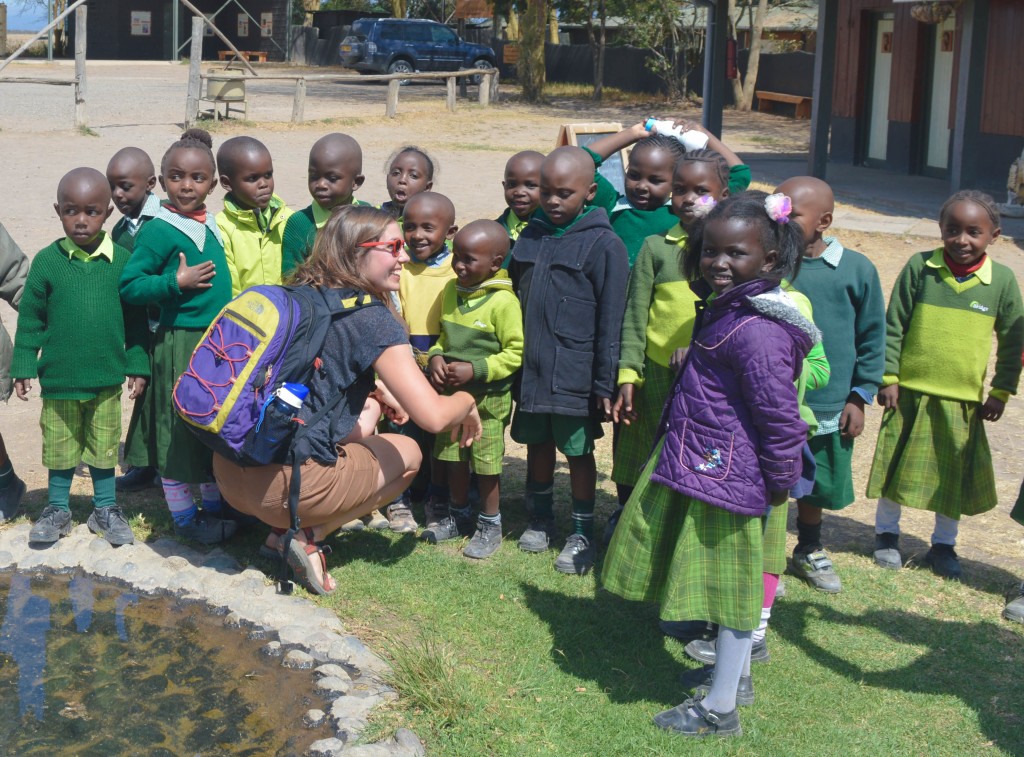