Quechua Two Seconds review: Despite its mouthful of a name, Quechua’s latest popup at Decathlon (£59.99) comes with decent looks and promises to be quick to assemble and comfortable to sleep in. So is this the ultimate festival tent? 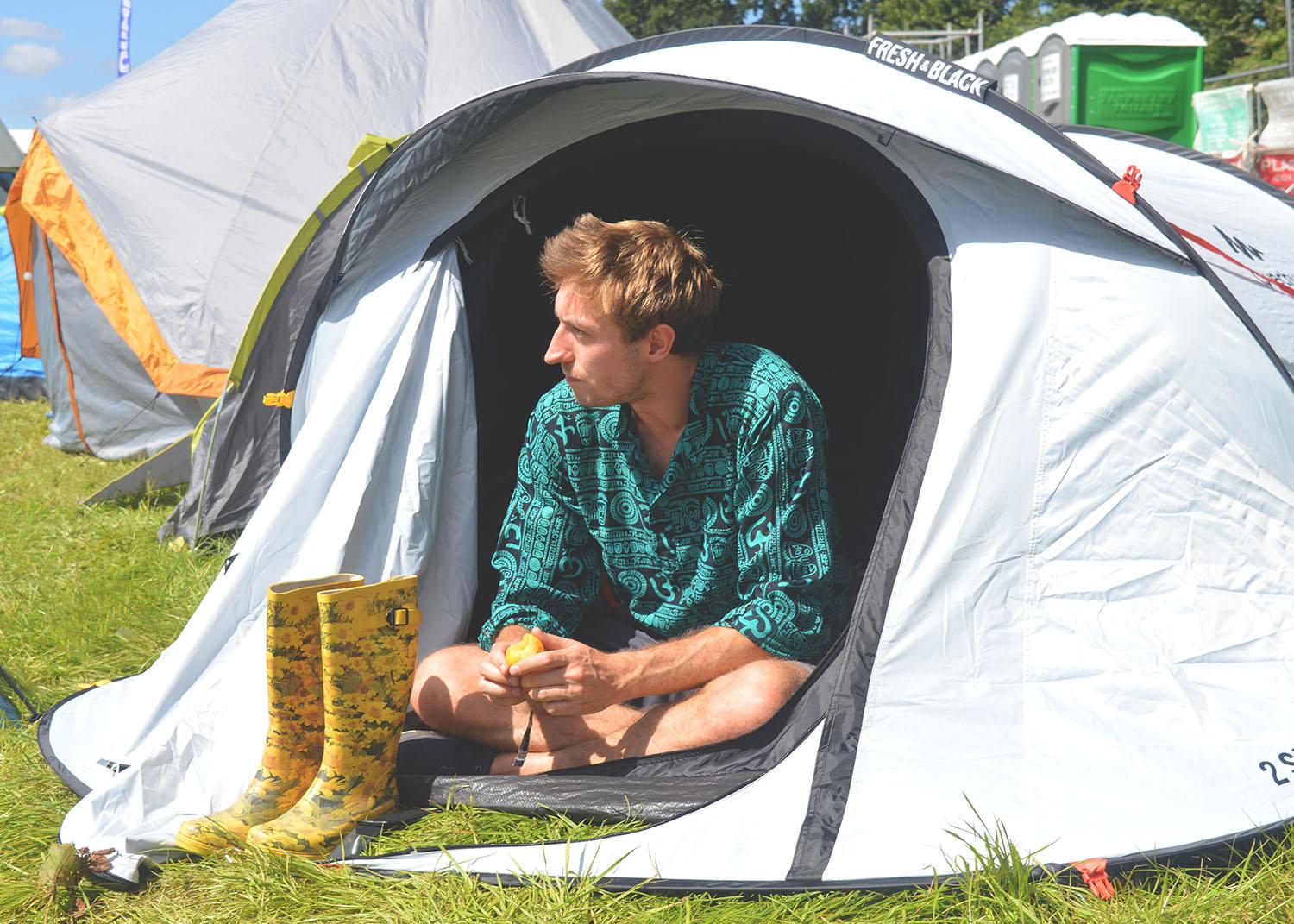 Product Description: “The new 2 Seconds, just as quick to pitch, now has the easy system to help you fold it down. The fresh and black technology keeps the tent cool for sleeping comfortably. It also keeps it Dark, making it a black out tent.” 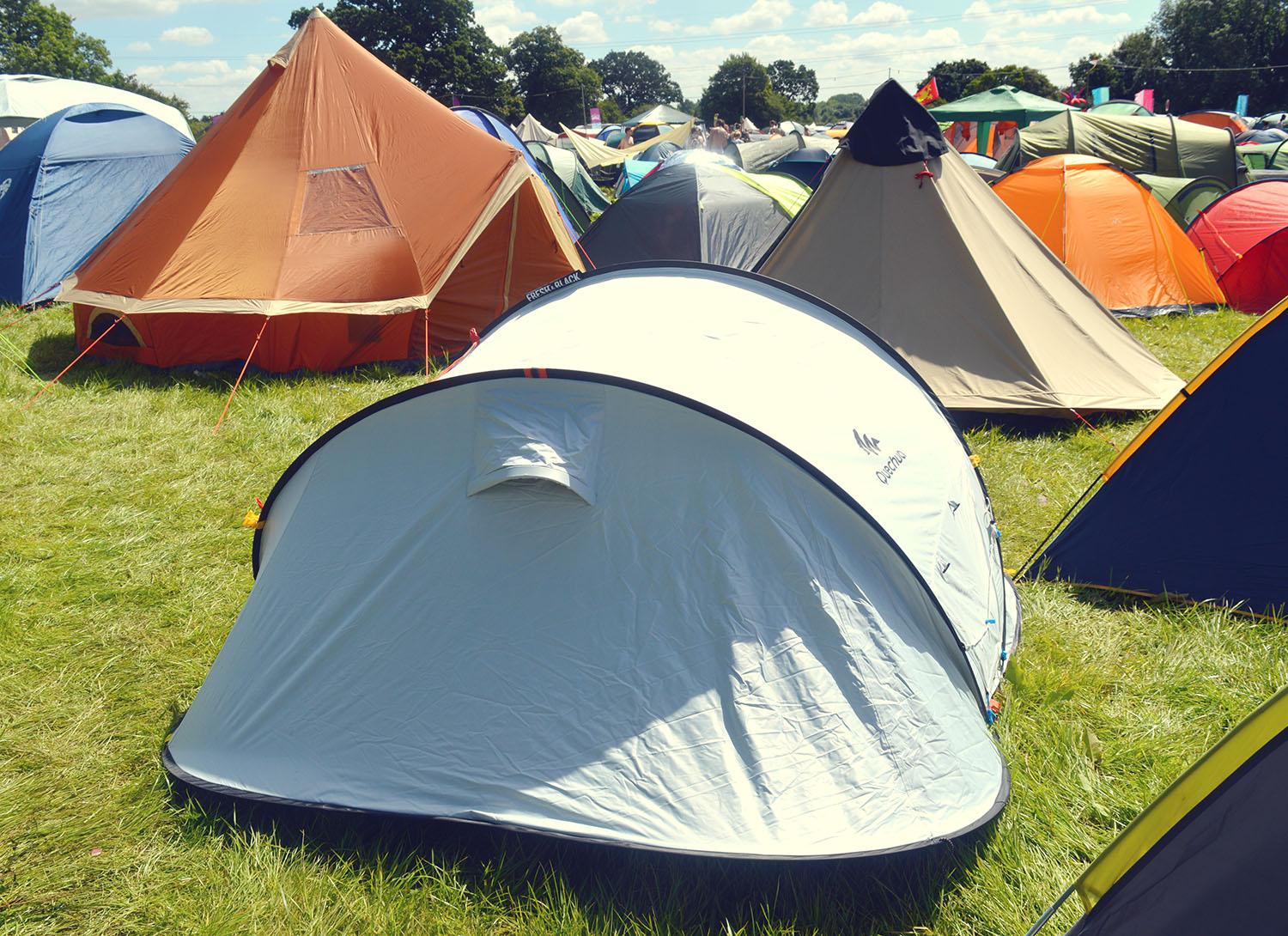 Camping adventures: The Two Seconds Fresh&Black (is it me or does that sound like a recipe for a quick cup of coffee? I’ll just call it ‘the tent’ from now on) promises innovation. Decathlon reckons it’s super quick both to assemble and take down and that its opaque black inner sheet guarantees a good night’s sleep. I took mine to Fieldview Festival to see if it could survive loud music, hot sunshine and horrendous hangovers.

The tent is good-looking, with a silvery-white outer and pitch black interior. It’s lightweight and easy to carry, with a strap you can sling on like a rucksack, which is definitely a step up from other clunky pop-ups I’ve tried. It is indeed very easy to put up, opening up in near enough to two seconds to give that claim the thumbs up. Just two guy ropes to peg mean it’s ready to go almost instantly, although whether it would survive heavy winds is another matter. I’ve used mine in rain on two occasions and its proved wateproof and quick to try.

Despite the heat-carrying properties of the colour black, the interior does well at providing a decent night’s sleep, and you won’t be woken by bright lights or sunrise. The outer white flysheet is reflective, so whilst the tent does still get warm its never stifling.

Now we come to my issue with the tent – popping it down. It does not take two seconds. It took my friends and I (admittedly we were all so hungover we had to lie down sporadically) about 45 minutes of acute frustration to try to fold the bloody thing into a magically small circle. Even consulting the distinctly unhelpful diagrams of a smug little man effortlessly popping his down (shades of building Ikea furniture here), it was a mental challenge involving clipping coloured straps to their correct counterparts and then folding in a precise figure of eight move. That said, the next time we camped with it I was much quicker (let’s say 20 minutes), and I’ve yet to find a tent, pop-up or otherwise, which isn’t a faff to take down. But if you can collapse this baby in two seconds you’re a genius. 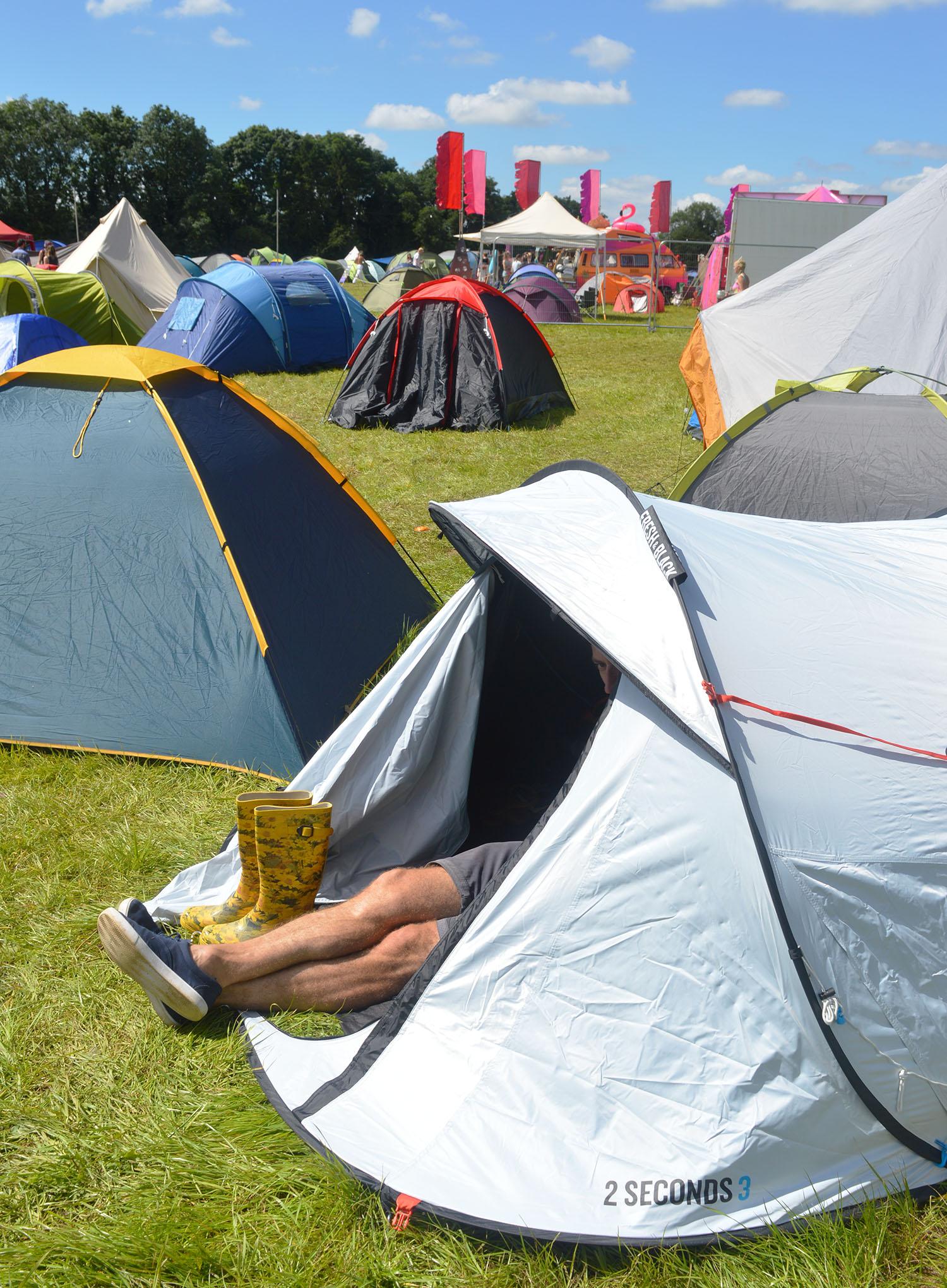 Verdict: Let’s look back at what the tent claims to do. Does it pop up in two seconds? Yes it does. Is it easy to put away? No, unless you’re a folding ninja. Does it give you a good, comfy night’s sleep? It does, and for just £60 for a neat festival or weekend camping tent you can unpack and be in in seconds, it’s a decent choice. If space isn’t an issue I’d opt for the three-man version for a tenner more. Off to a festival? Try my festival packing guide