Meet awesome eco warrior Cal Major, a lady on a mission to save our seas. She’s the founder of Paddle Against Plastic, aiming to inspire others to care for the environment through adventure, and recently paddle boarded the length of the Cornish coast to spread the word about her cause. She told me about her love for the ocean and how others can get involved with protecting it. 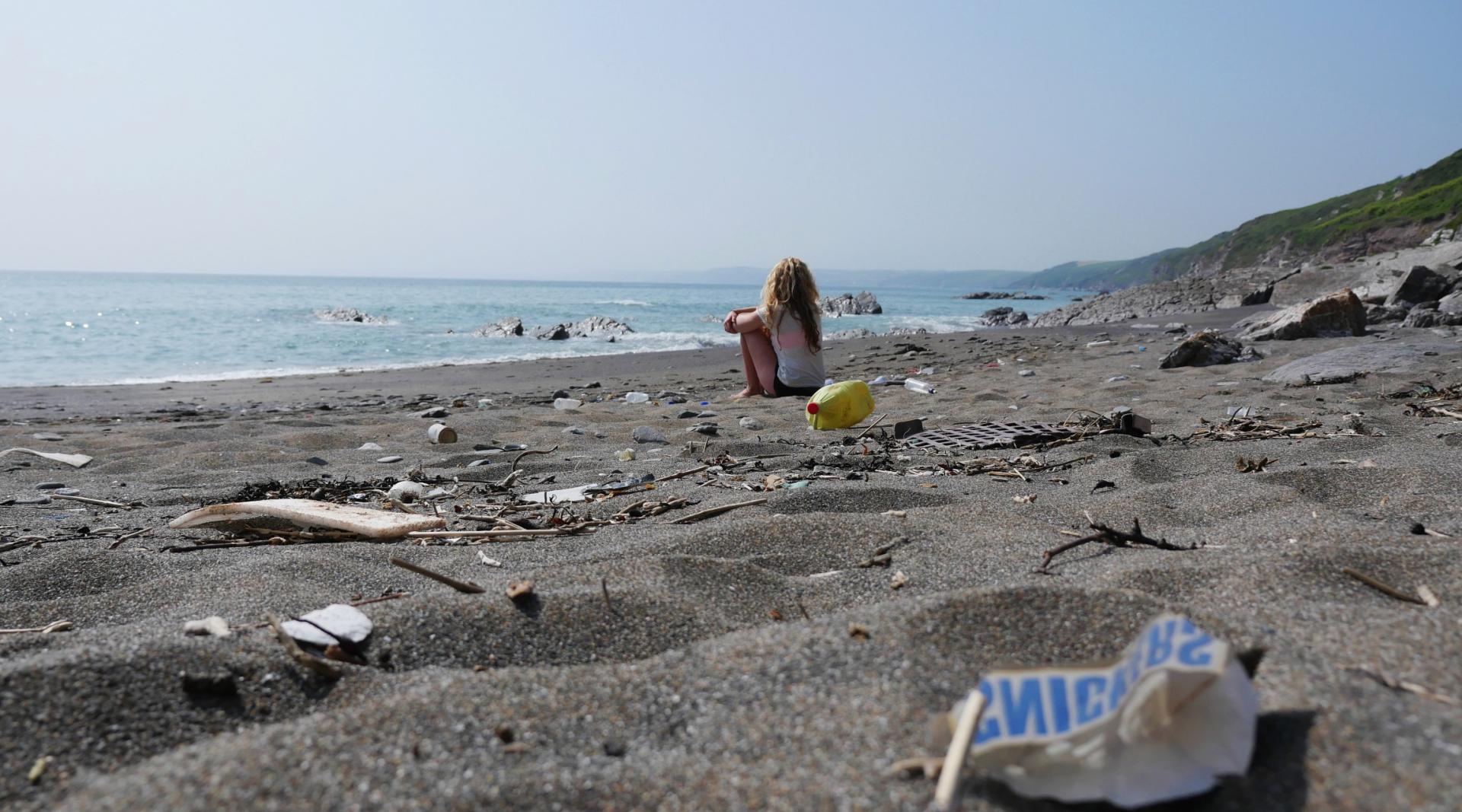 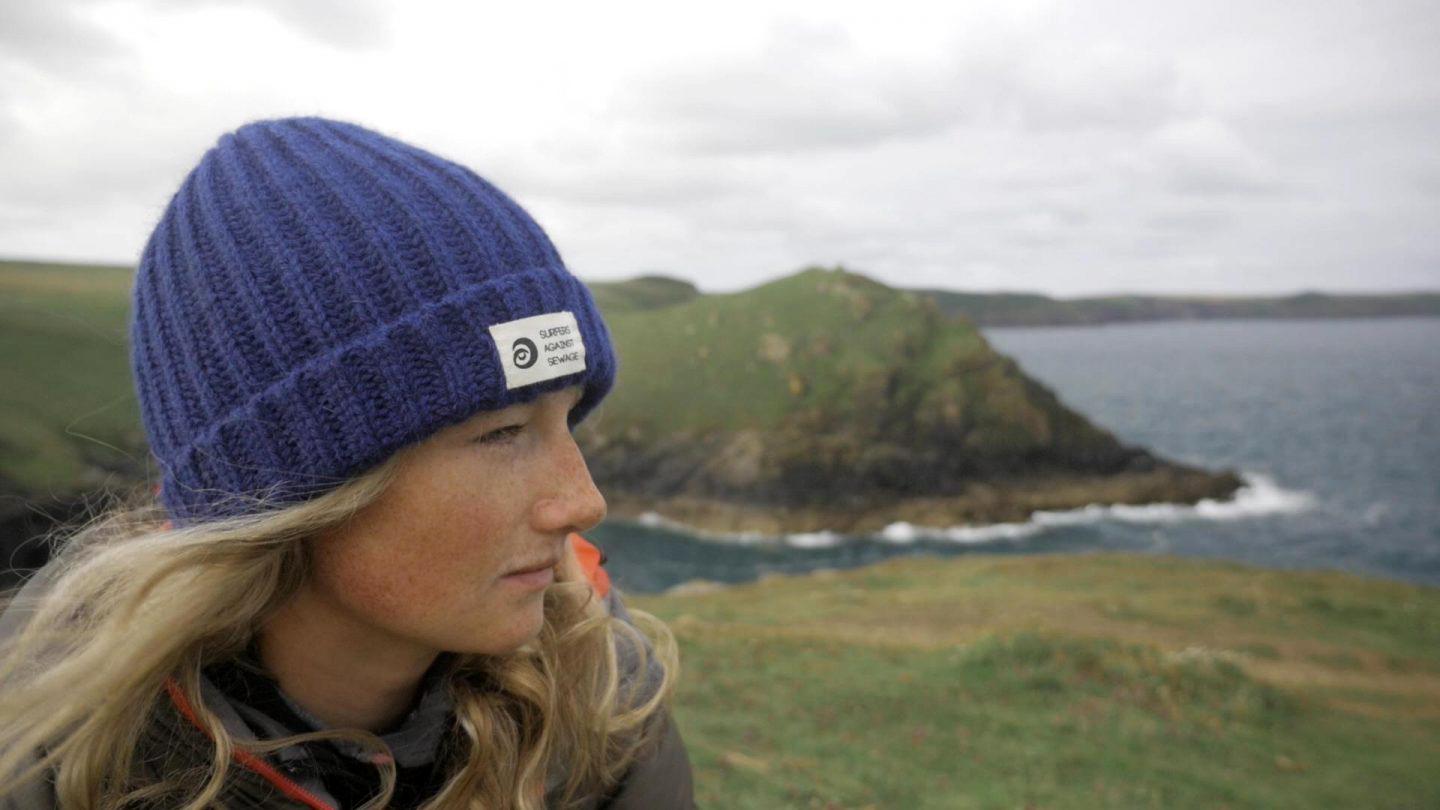 1. Where did the inspiration for Paddle Against Plastic come from?

I volunteer as a Surfers Against Sewage regional rep. Through this I run community beach cleans, and had been really disturbed by the amount of plastic ending up in the ocean and washing up onto beaches. It isn’t just unsightly, it leaches dangerous chemicals into the waterways and endangers wildlife. It is estimated that a plastic bottle, for example, will take 450 years to break down, fragmenting along the way into smaller and smaller particles which are readily eaten by fish, turtles and birds. It struck me as ludicrous that a lot of this plastic waste didn’t need to be used in the first place, and if we could limit what we used on land, we could limit that which ended up in the ocean! One of the most common things we find on UK beach cleans are single use plastic water bottles, and yet we have safe clean drinking water from our taps. It is estimated that we use 13 billion plastic water bottles in the UK every year! It seems so unnecessary, given the damage they are doing to our oceans. Rather than the doom and gloom which often surrounds environmentalism, I wanted to deliver a message of positivity that we can each do something here to protect our oceans – use a reusable drinking bottle and ditch the single use plastic water bottles for good. 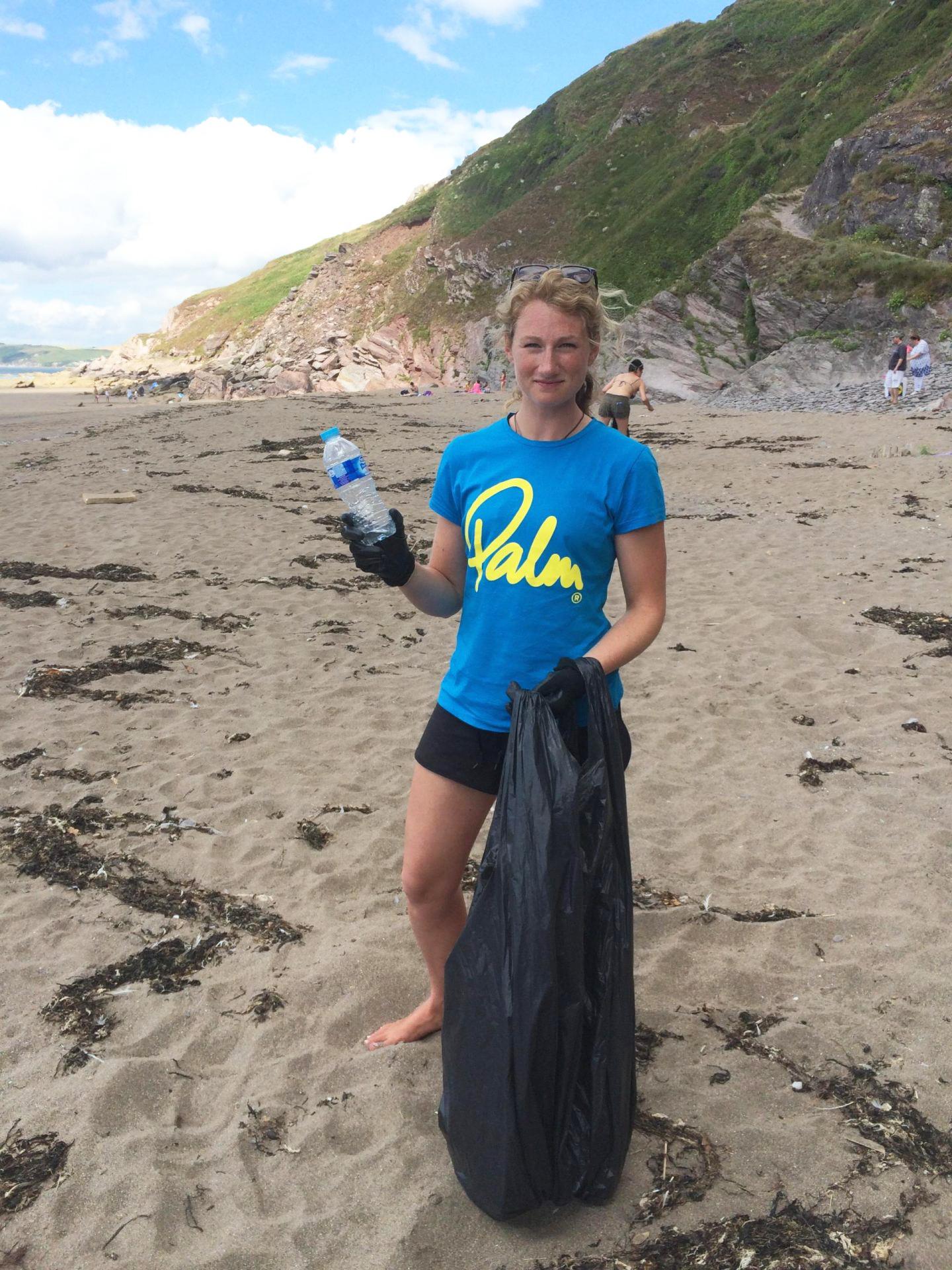 2. Have you always felt strongly about protecting our oceans?

I have been a scuba diver, surfer and ocean lover for a long time! One of my first experiences with the ocean was learning to scuba dive in Australia, and swimming with peaceful turtles, huge fish and beautiful, multicoloured corals. So I suppose the connection initially began with living creatures within the oceans. I began to realise that I felt happiest and most peaceful around the oceans, and felt a strong desire to protect them. I spend a significant amount of my spare time surfing, kite surfing or just walking on the beach, and hate to think of the damage we humans are doing to these incredible spaces and playgrounds. The oceans produce most of the oxygen we breathe on Earth, so regardless of your personal connection to them, without them we wouldn’t be able to sustain life on this planet! So it is in all of our interests to do what we can to protect them.

3. Can you tell me more about your epic paddle around the Cornish coast?

In August last year I stand up paddle boarded the entire Cornish coast and beyond; 260 miles of rough and unforgiving ocean. I had never attempted a challenge like this before, and was not a particularly accomplished paddle boarder. It was a lot tougher than I had ever anticipated. Paddle boarding can be equated to standing on a giant surfboard and propelling yourself through the water with a paddle – it’s great fun and a good work out, but slow going and influenced hugely by the conditions at the time. 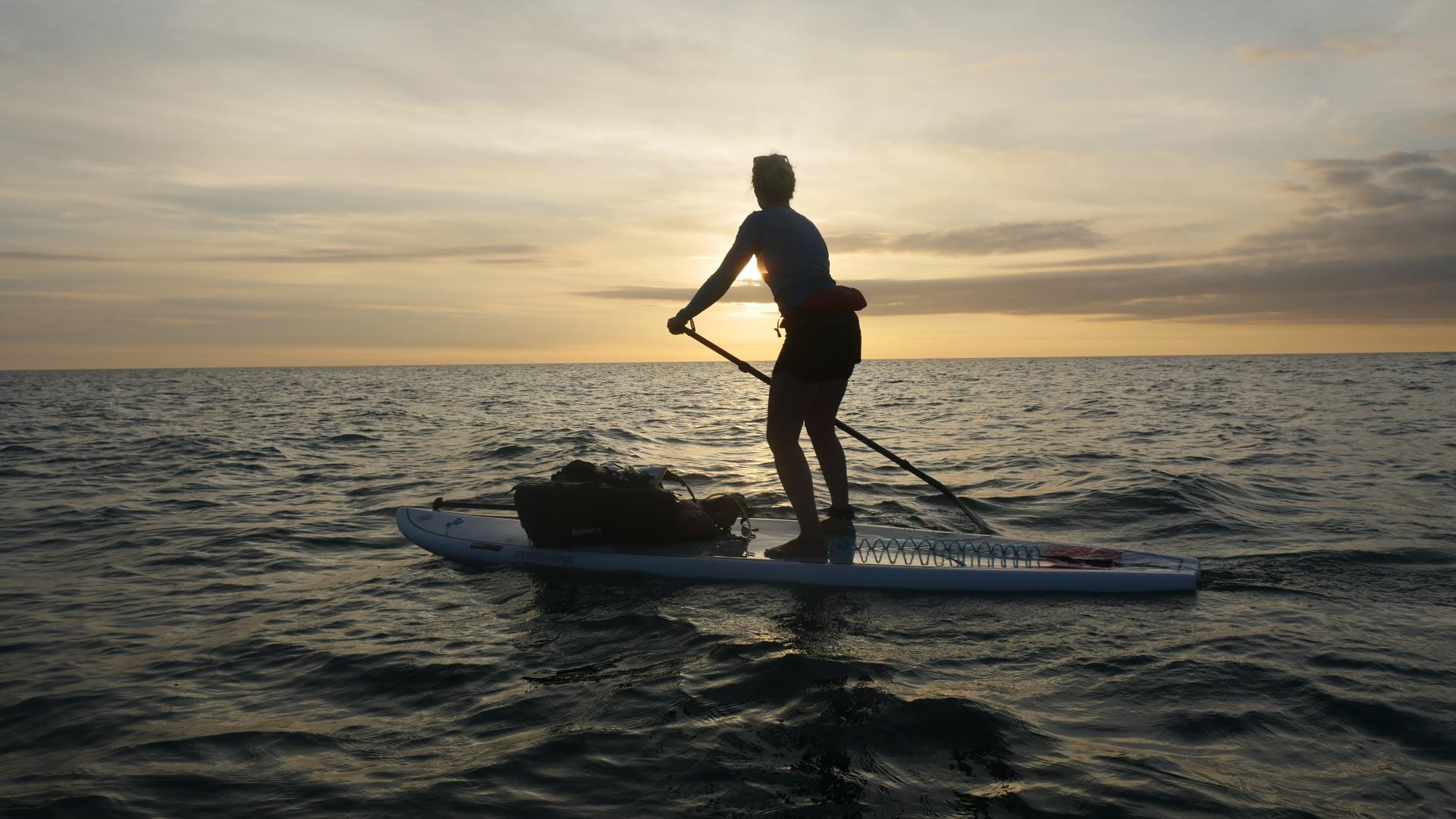 The paddle was used to highlight the issue of the sheer amount of plastic bottles in our oceans and to deliver a very simple solution to the problem. In exchange for my challenge, I challenged the public to go the summer without buying a plastic water bottle, and instead to make the most of the wonderful clean, abundant and safe tap water in the UK and to use a reusable bottle and refill.

It wasn’t until we set off that I realised how tough it was going to be. We were hit with unseasonably terrible conditions – gale force winds, overhead swell, fog and torrential rain. I also hadn’t considered my that determination and optimism were no match for the oceans’ power, and felt utterly vulnerable. It took 20 days to paddle the 260 miles from Wembury to Croyde, encompassing the entire of the Cornish coast line and beyond into North Devon. It was mentally and physically exhausting, and there were several sticky moments that to this day I do not know how we got out unscathed. I had to snack every 30-60 minutes to keep going (thanks for the flapjack, Mum!), and honed my paddling skills throughout the 3 weeks to be as efficient as possible. It was still very slow going and with the winds against us we were unable to stop out on the water because we would have been blown back in the direction we came from. So for 8-10 hours each day we paddled relentlessly.

Despite the exhaustion, broken bodies and minds, and near impossible conditions, I loved it. We engaged so many people along the way, at beach cleans that fellow SAS reps had organised, talks at Boardmasters festival and chatting to people en route and on social media. The support for the challenge, and engaging and empowering people along the way, kept me going. I was able to reach out to people about something I really care about, that holds a really easy answer that we can each be proud to support. 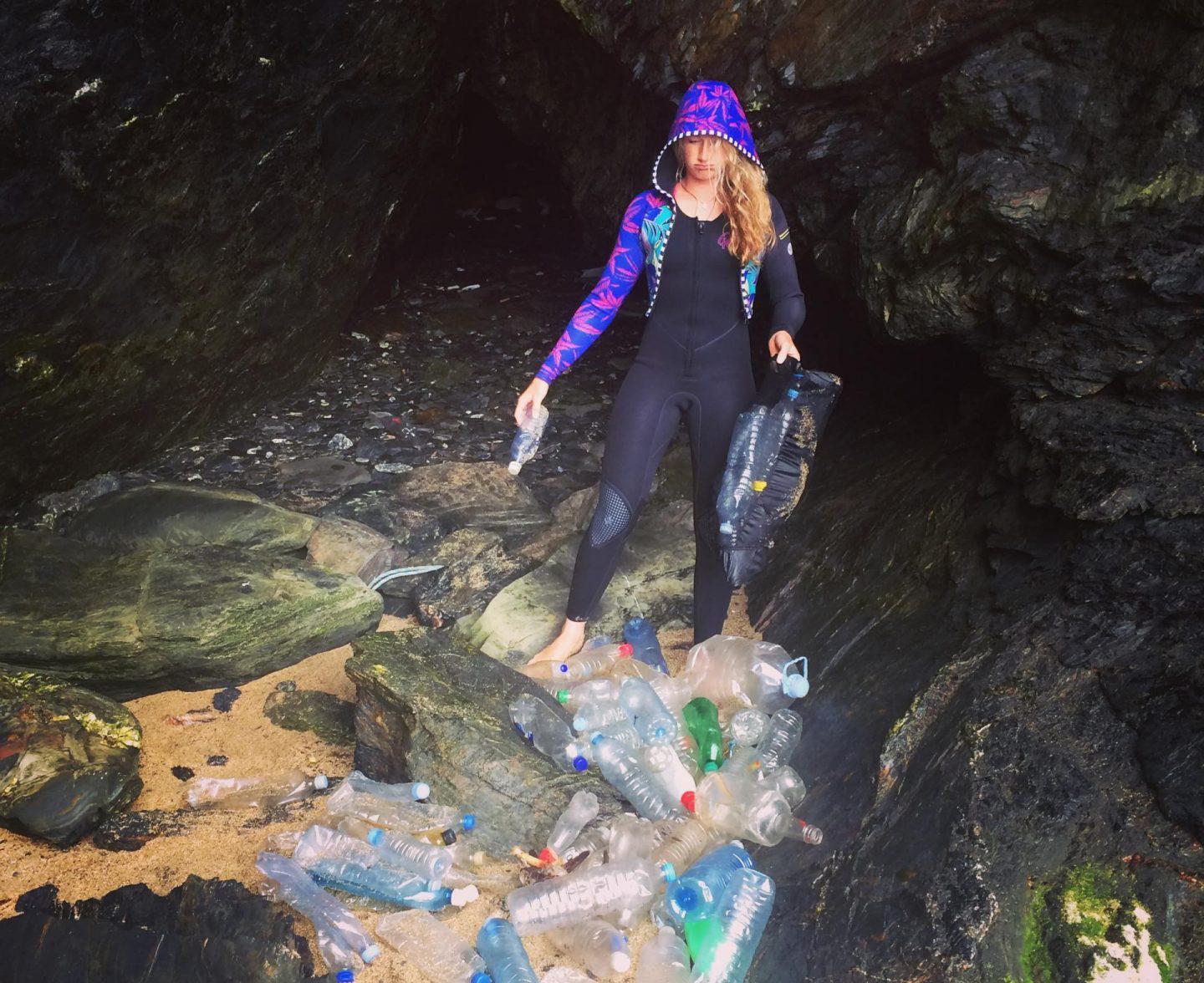 4. What message would you like people to take away from PAP?

It isn’t all doom and gloom, YOU can make a difference too!

5. How can we all get involved?

Ditch the single use plastic water bottles – they are not needed in today’s society! Buy a reusable bottle and get in the habit of taking it everywhere with you.
There are lots of refill schemes around the country, in particular Bristol and Bude refill, and Cornwall Turn On The Tap, where you can take your bottle into a shop displaying the relevant sticker and get a free refill! Failing this, I have asked for refills in countless different places, and never yet been refused, even in the airport! I appreciate it can be intimidating at first, but don’t let it stop you; if you don’t ask…

Support Surfers Against Sewage’s Message In A Bottle campaign by adding your signature to the petition, and by writing to your MP to ask for their support for a nationwide container deposit return scheme, which has been proven to dramatically increase recycling rates and therefore limit that which ends up in the oceans. This is really a huge step in the right direction. Sign it, share it with your friends and family, and if you have two minutes, please write and send a quick letter to your MP asking for their support too.

Create your own #paddleagainstplastic – go on an epic adventure! If I can do it, so can you. And next time you’re at the beach, pick up a couple of pieces of litter and dispose of them (recycle if possible!) Each piece you remove can no longer harm an animal.

6. What little tweaks can we all make in our lives to help protect the oceans?

I’m going to focus on plastic here: 80% of marine litter originates from land based sources, so the more we use on land, the more ends up in the oceans. Plastic has some really useful functions, but we also use a lot of it in places where it can easily be lived without. Think about what it is you’re using, and when you buy something in plastic packaging, have a think about whether or not there is an alternative way. Here are some simple things we can do to limit using some of the more common single use plastic items.

7. What are your plans for Paddle Against Plastic in 2017?

We are currently in the planning phase of the next expedition! All will be revealed in the next few months 🙂

Read Cal’s ten easy tweaks to limit the single use plastics you consume. To find out more, and for more tips on how you can help protect the oceans, you can follow Paddle Against Plastic on Facebook, Twitter and Instagram. 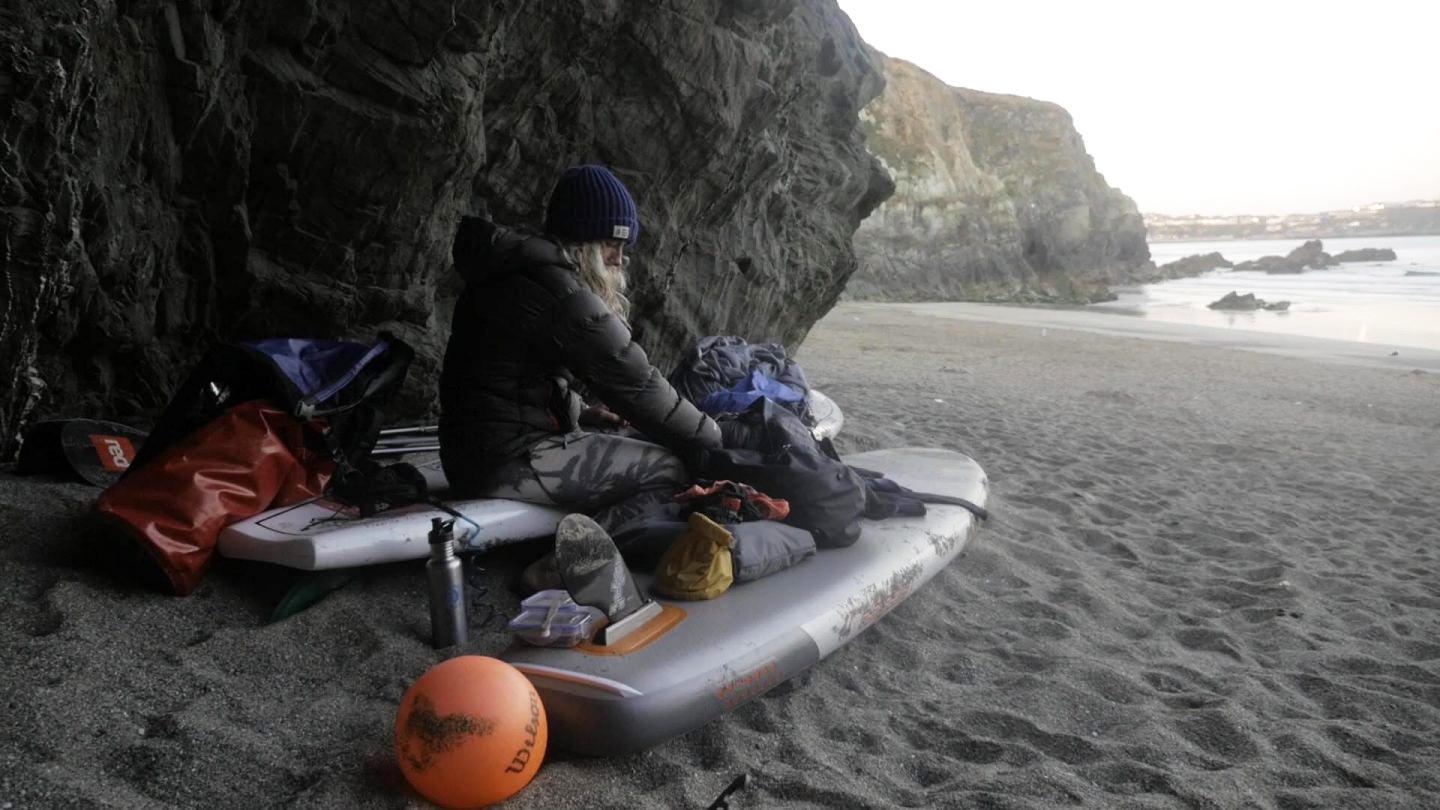