Push your adrenaline levels to an all-time high with eight of the craziest extreme adventure experiences on the planet (I’ve ticked off three so far). There’s volcano bungee jumping, hair-raising cycling and cheese. Because all good lists include cheese. 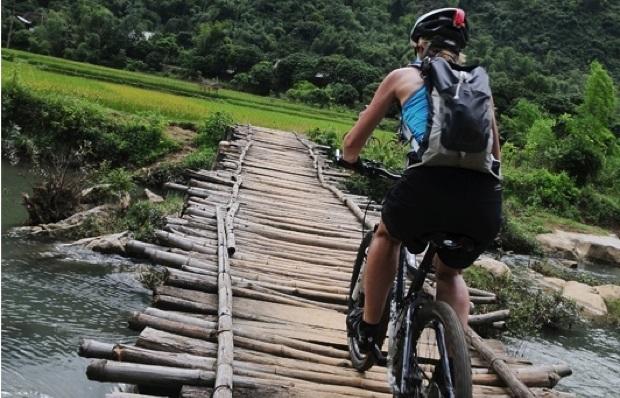 Biking the Ho chi minh Trail, Vietnam
The road is low, verging on seemingly-untouched forest. There are adequate bridges, plenty of other drivers and no death-defying drops. So what makes riding the Ho Chi Minh Trail such a rush? Simple: at any given point, you’re probably less than 2 metres from death. Following the carpet bombing of the Vietnam War, the whole trail is surrounded by unexploded bombs. Send your motorbike skidding off the road and you’ll destroy everything in a half-mile radius. It’s a road where bad driving instantly equates to a very messy death. 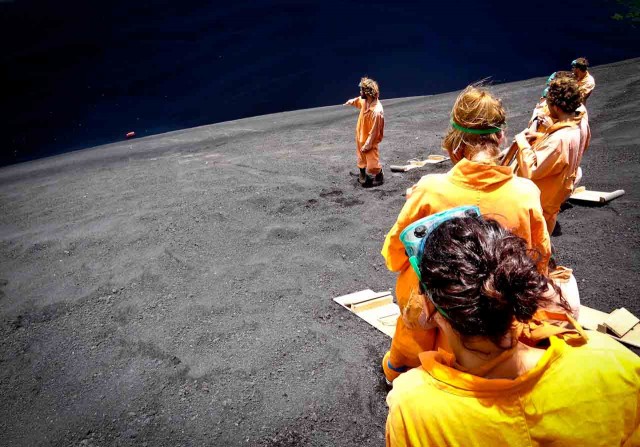 Volcano Surfing, Nicaragua
Have you ever wished you could combine surfing and deadly volcanic vents into a single extreme sport? Of course you have. Outside the old colonial town of Leon in Nicaragua, groups of tourists gather to speed down a 1,600ft slope of volcanic ash. Fast, furious and potentially deadly, the tours are the new must-have adrenaline hit in Central America. Visit Bigfoot Hostel for more details on how to hang ten on the black stuff and pretend you’re surfing on the moon. 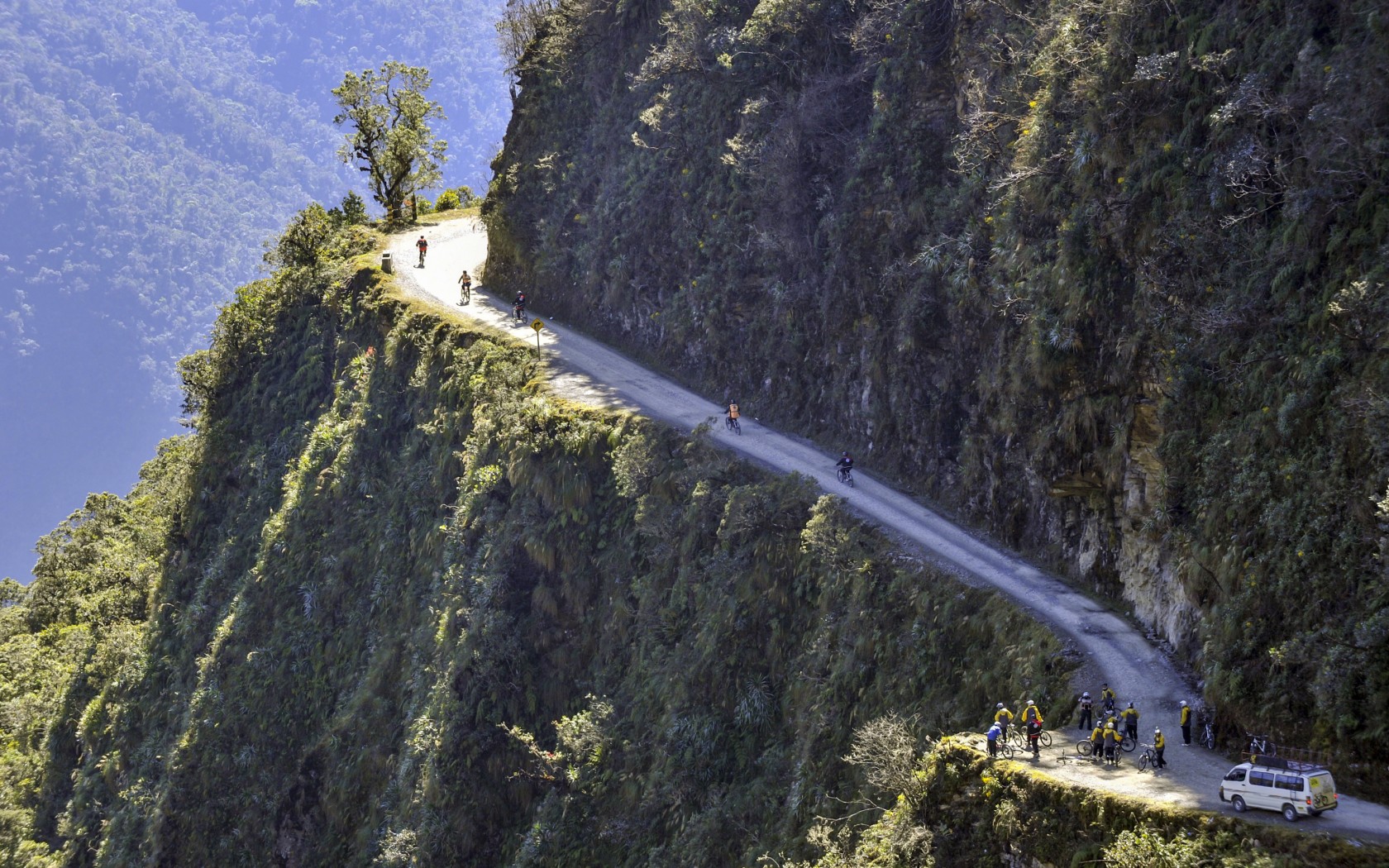 Cycling the Death Road, Bolivia
One side hugs a vertical rock face, the other a deadly drop. It’s barely wide enough to allow a single car. Before a replacement road opened in 2005, it claimed upwards of 300 deaths a year. Welcome to Bolivia’s Death Road. Today, the majority of traffic takes an alternative, safer route. but there’s one exception – the mountain bike tours high-tailing it down from La Paz, all the way to the gorgeous jungle below. The trail is dangerous, at times nearly impassable, and very risky – between 1998 and 2010 it claimed 18 lives. Do you dare tackle the world’s most dangerous road on two wheels? 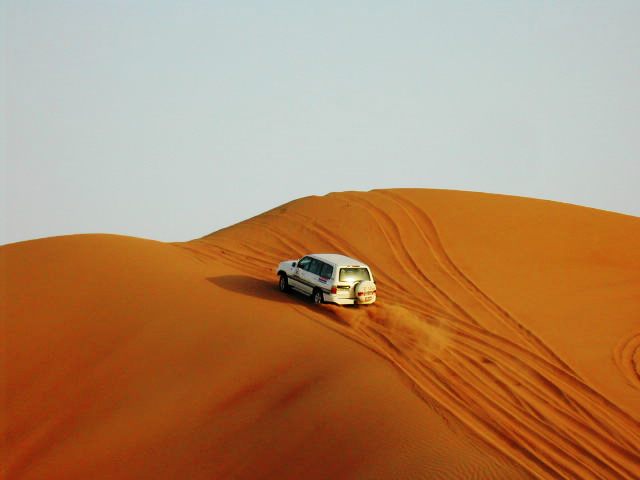 Dune Bashing, Dubai
Dune Bashing involves driving a jeep at a wall of near-vertical, sliding sand and trying to get to the top. Fun, right? Around you, other drivers are straining to do the same. The first to the top wins; the first to go rolling back down the hill potentially earns a week in hospital. Dune Bashing is like drag racing on steroids: a brutal rush that involves a mix of intense competition and blatant disregard for personal safety. But for its converts, it’s the greatest thrill in the world. 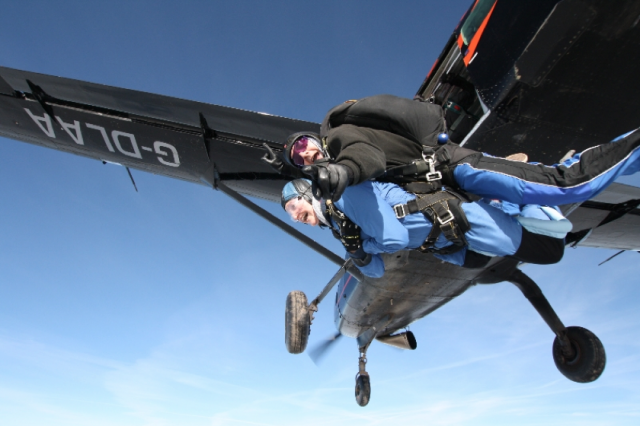 Extreme skydiving, Anywhere
There are hundreds of incredible places in the world you can hurl yourself out of an airborne plane, but why not spice up your skydive a little for an added thrill? From taking part in a record-breaking group jump in New Zealand, to following in the footsteps of British lunatics Mike Frost and Steven Scott and doing some ironing on the way down, the variety of ways to get the heart pumping whilst you fall through the air is up to your imagination. 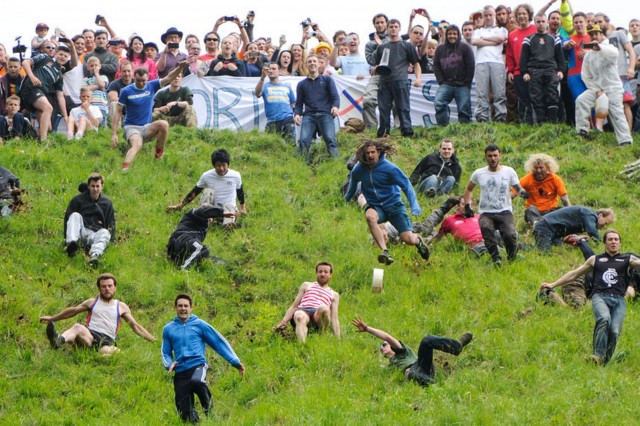 Cheese Rolling, Britain
On the surface, cheese rolling doesn’t sound that extreme: a cheese wheel is thrown down a hill and a bunch of tanked up men and women chase after it. But this annual ‘sport’ is one of the most-dangerous in the UK, as I found out in 2008. The hill is extremely steep and studded with lumps of granite; trip and gravity will have you in hospital faster than you can say “this was a bad idea.” Injuries are so common that the event was banned a few years ago, and is now strictly unofficial. As global thrills go, it’s both unique and death-defying – something that can’t be said for the average bungee jump. 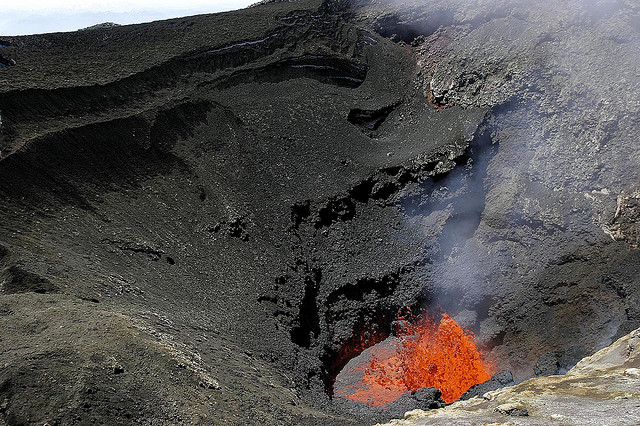 Helicopter Volcano Bungee, Chile
Got a spare 10,000 dollars? Great, you can go bungee jumping. From a helicopter in mid-flight. Into an active volcano. After being flown out into the mountains around Pucon, you leap into the mouth of a molten inferno before being flown back to town still dangling from the bungee rope. It’s probably the craziest sport in South America, and strictly for anyone with a LOT of money to spend on bragging rights.