Combining epic adventure with a strong ecological message, you won’t be able to help feeling inspired by Pip Stewart’s TransAmazonica expedition. She and World Record cyclist Reza Pakravan hit the road through Brazil and Peru, cycling the breadth of the Amazon to raise awareness of the threats to this beautiful, fragile environment. 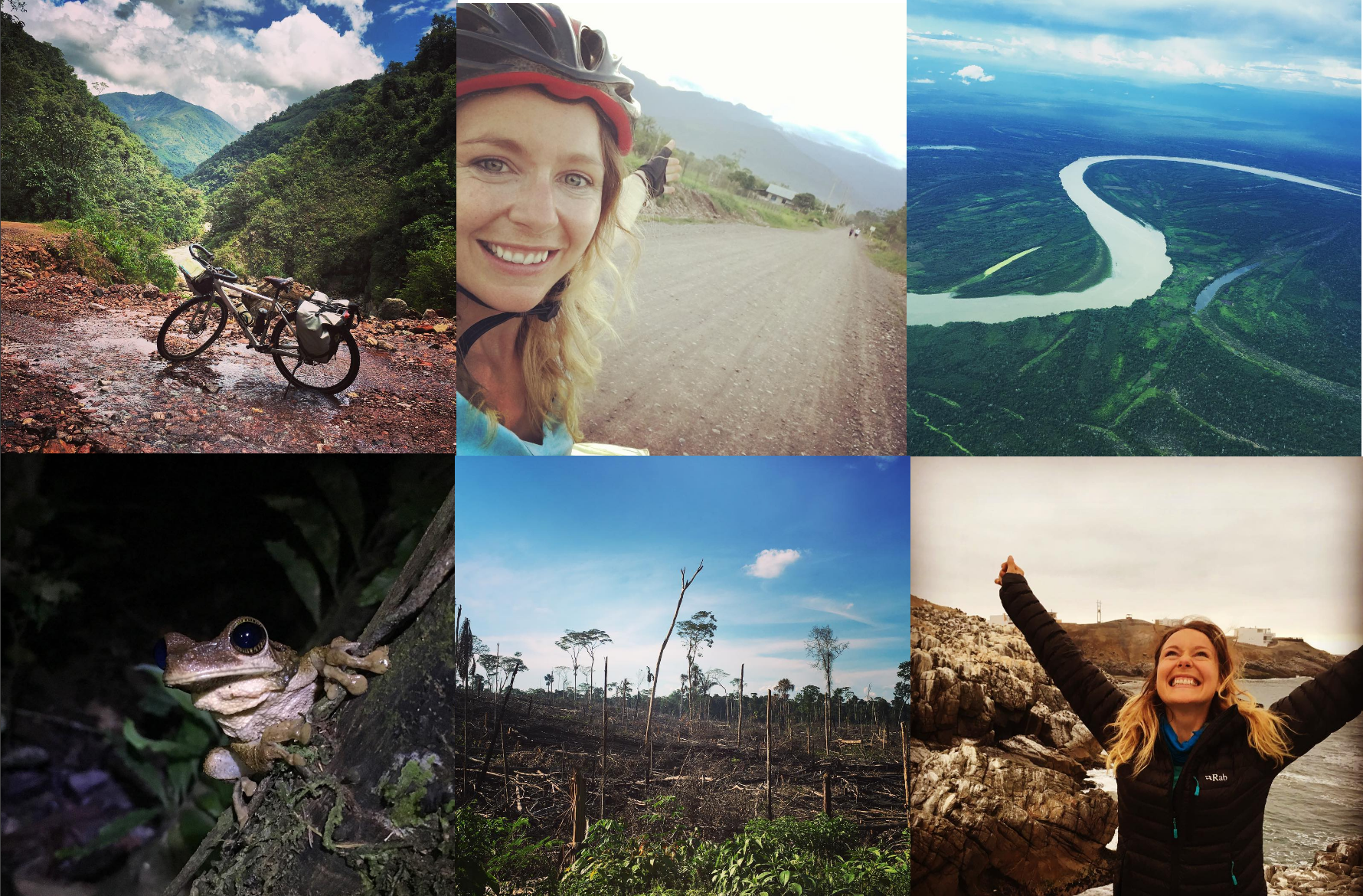 1. What first inspired your TransAmazonian cycle?
Reza was the brains behind the operation as the region has always fascinated him. He was looking to take a journalist along with him to highlight the problems in the Amazon and I was definitely keen to be that gal! The Amazon rainforest is such a fragile place where money and corruption talk. I feel that because so many of us have grown up with the messaging that the rainforest is in trouble and needs protecting there is almost an apathy towards it. When I started researching into it further I realised just how special not only the environment is, but also the indigenous tribes who live within it. It is an incredibly magical place, not least because it is the lungs of the planet. We need people to sit up and listen. We’ve lost 20% of the Amazon already. A Guardian report estimated that since 2000 we’ve lost an area of about 50 football fields every minute. 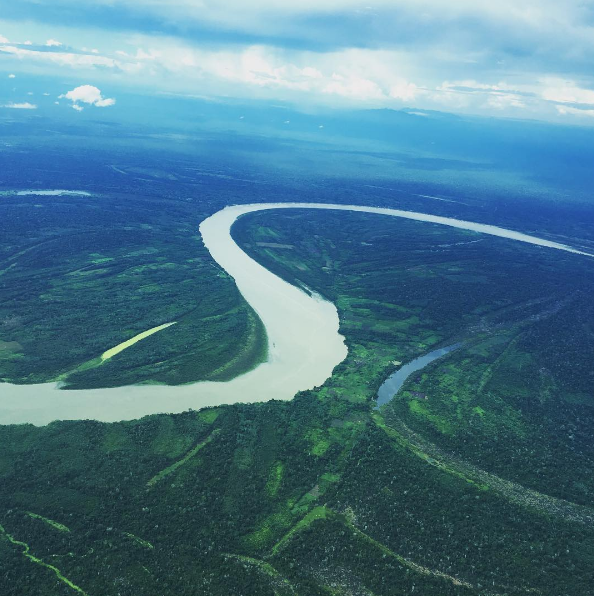 2. You’ve worked and travelled around the world, did that give you the confidence to take to the road?
Definitely. However, that’s not to say I wasn’t shit-scared before I set off! After googling everything that could kill you in the Amazon I was terrified. Like most things in life though the reality is a lot less petrifying than whatever we dream up in our heads. If my travels have taught me anything it is that 99% of people in this world are wonderful, kind and caring. When I cycled from Malaysia to London I nearly gave up three weeks in. Charlie, my fiance, gave me some advice that has stuck with me since: “This is a mental journey, not a physical one”. I am no endurance athlete, I am definitely not the fastest on the bike, but I really do believe that grit and determination can carry you a long way.

3. How much training did you do for the trip?
More than I did when I set off on my Malaysia to London cycle. There I adopted the approach that I would be cycling every day for a year so I would get fit as I went. The first time I sat on my bike was the day before we left! However, on the TransAmazonica trip we were cycling to tight TV deadlines, I was cycling with a World Record holder (Reza has the World Record for cycling the Sahara Desert) and needed to be less of a slow turtle. Paul Mill from Elite Cycling was great as he put my through my paces and got me a whole lot fitter, I have a lot to thank him for! 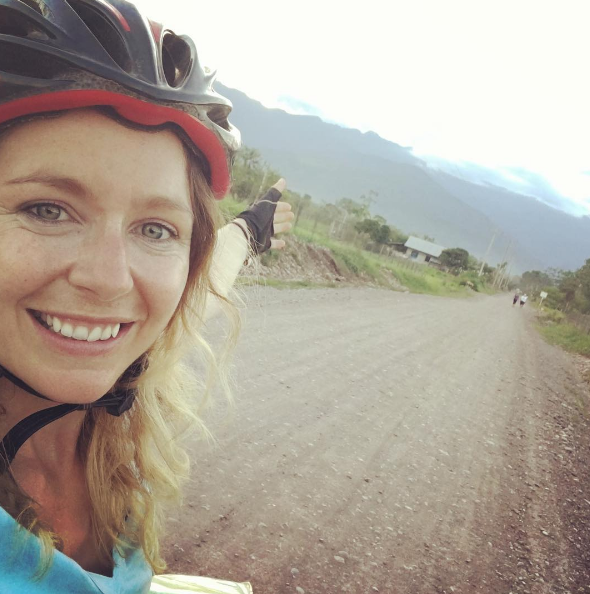 4. What absolute essentials did you pack?
Our bike was an essential piece of kit. Koga were kind enough to sponsor the journey and gave us a custom-made signature world traveller bike – which is darn near indestructible! Reza also swears by Gates Carbon drive – which is a reinforced carbon belt that replaces a chain. After spending most of my trip home from Malaysia cleaning chains I have to say I am a convert too! Fantastic bit of kit.

Gear wise, I am a massive fan of RAB and my warm down jacket was a life saver in the Andes, and my waterproof sorted me out in the downpours of the Amazon. When we left the bikes to head upstream the team used Lowe Alpine bags which were fab and survived a lot of wear and tear. Don’t leave home without one of their dry bags, these came in especially handy for protecting the camera in the torrential downpours as we went up river. We bought a few Clif Bars along too for those low, knackered moments. A taste of home is always uplifting when you’re having a bad day.

5. What were the high and low points of the cycle trip?
The lows were seeing how much of the rainforest has been destroyed. As we cycled along the TransAmazonian Highway I began to wonder if there was a rainforest left. Cattle ranching, monocultures like palm and soya, deforestation, and gold mining have all taken their toll on the jungle.

Conversely, the highs consisted of meeting the people who are fighting hard to protect it and the way of life of the people in it. From NGOs to the tribes to the farmers trying to diversify, there is a great deal of work going on in the region. I left with the impression that we need to make a business case out of conservation – we need to make sure that trees are worth more alive than dead. One way to do this is responsible tourism in the area. In Peru, brilliant NGOs called Pro Purus and the Upper Amazon Conservancy took us to the headwaters of the headwaters of the Amazon. We were accompanied by the ministry of culture and came as close as you are legally allowed to the land of the isolated tribes people. I have never been so remote. Surrounded by primary rainforest, in pristine condition, I felt completely submerged in nature, and extremely peaceful. At the risk of sounding like a hippy, it’s a very magical place and an absolute highlight. Unfortunately plans are afoot to build a road through the area, something that the NGOs are working hard to stop. 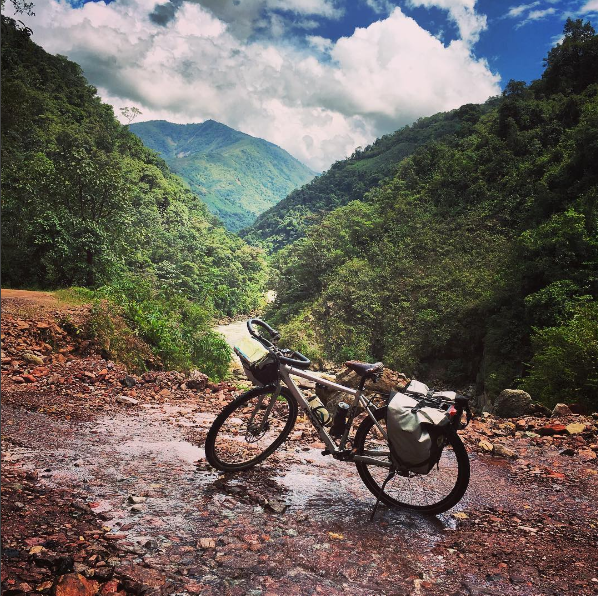 6. How did you and Reza support each other on the journey?
Reza was a real support throughout the journey. We had our ups and downs – and our arguments – but in such intense expeditions you really have to rely on each other to pull through. It wasn’t just physically tough, it was an emotional journey too. We spoke to one woman whose father had been murdered by illegal loggers, a man who had lost his young, 26-year-old wife because of mercury poisoning due to gold mining, tribes who had been displaced from their homelands. It was tough to hear such heartbreaking stories. We have the luxury of leaving though, they don’t. This is the reality of life for many people who live in the region.

7. You met and interviewed local people – which of their stories stood out for you?
The most heartbreaking interview I have ever done was with a woman called Diana. Her father, Jorge Rios, was a leading environmentalist and murdered by illegal loggers. She’s now spearheading the campaign to protect the Amazon and is one of the most prominent female indigenous leaders in Peru.

“When I was young my father took me to the jungle and told me we needed to protect it for the whole world”, she said. “Whenever I am in the forest now I feel his presence.” There was not a dry eye in the house after this interview. She was such a brave and inspiring young woman. 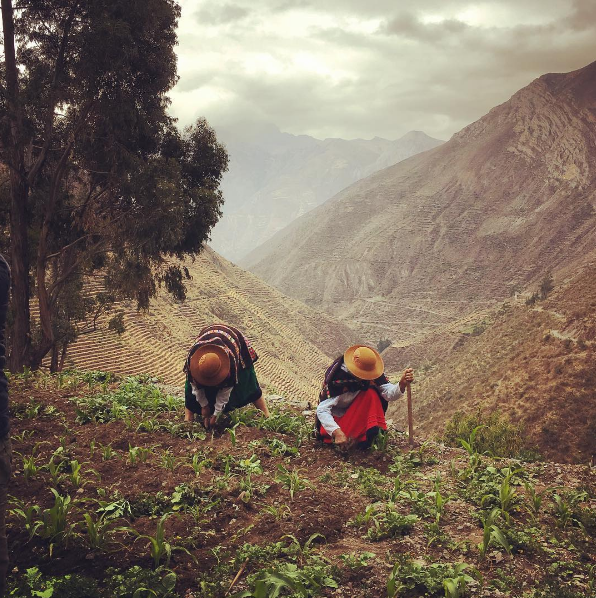 8. What message about environmental issues did the trip underline for you?
I interviewed a taxi driver who was working for a gold mine. He used to work in tourism in Cusco, one of Peru’s top tourism destinations. He said he earned more now working in gold than in tourism. This made me realise that if we want to protect the forest we need to make a business case out of it. Inevitably, the rainforest is seen as a resource and not everyone understands, or believes, that it needs to be protected. However, if you can show that trees are worth more alive than dead, that the indigenous tribes’ way of life shouldn’t be threatened as a result, then you’re onto something. Politics, corruption and money talk in the region. As consumers we can vote with our wallets, be that the products we buy (palm oil, soya, cocoa, wood) or the places we choose to go on holiday. Obviously, this isn’t the only solution, and government and local support is vital to the long term protection, but it’s a start.

9. What advice would you give to anyone planning an adventure for 2017?
Do it. Are you going to look back in five years time and remember that lovely spreadsheet you put together or the amazing connections and experiences you made with people on a trip? Adventures don’t have to be big or grand, they don’t have to cost a lot. Adventure to the next town or adventure to the depths of the jungle – as long as it lights you up just get out there and do it. If you can do an adventure with a purpose, even better…

10. What’s next?
Who knows – and that’s the beauty of adventure! At the start of 2016 I had no idea of the adventures to come. For now my focus is on shouting about what’s happening in the Amazon region and hopefully raising awareness and support for those working in the area. I am definitely keen to do more TV work and promoting the idea of travelling with a purpose. 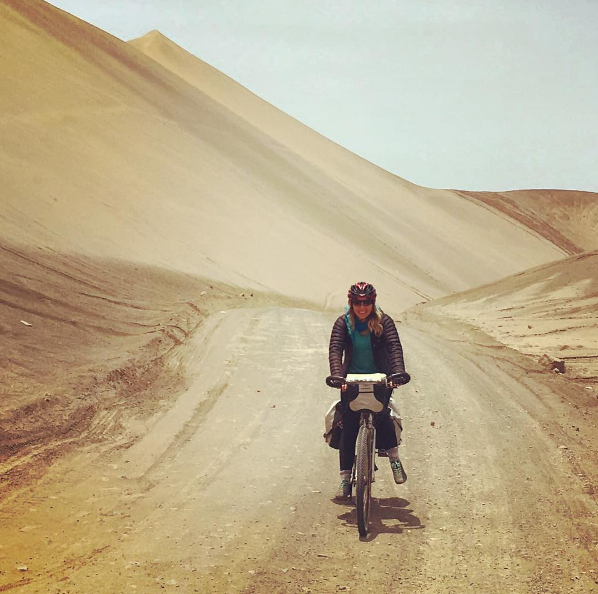