Before autumn arrived in all its colourful glory the Super Rad Climb Team (well, my mates) and I made a late summer trip to the Wye Valley. We spent a weekend tackling some routes and eating many packets of chocolate biscuits. 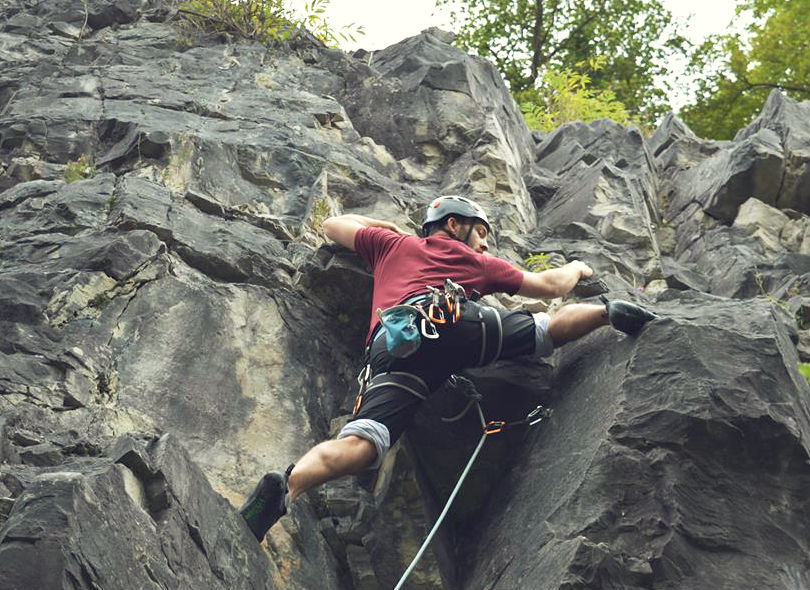 Climbing in the Wye Valley

On a sunshiney Saturday our crew of rock lovers, weighed down with hanks of rope and bags of chalk, trekked along a narrow path strewn with nettles to Ban y Gor rocks. The trail winds down into the woods and suddenly you’re up against looming limestone walls waiting to be conquered. 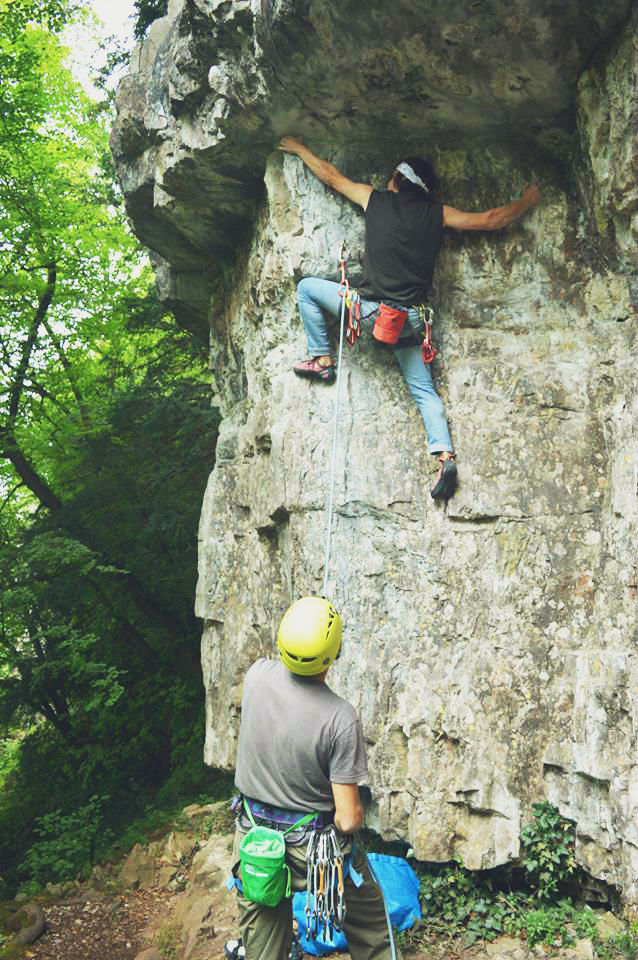 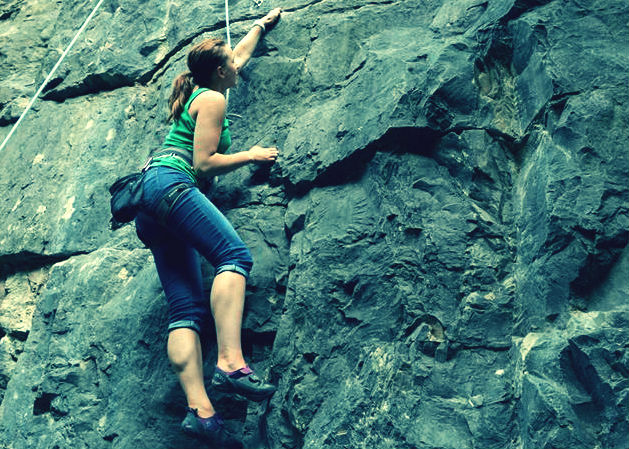 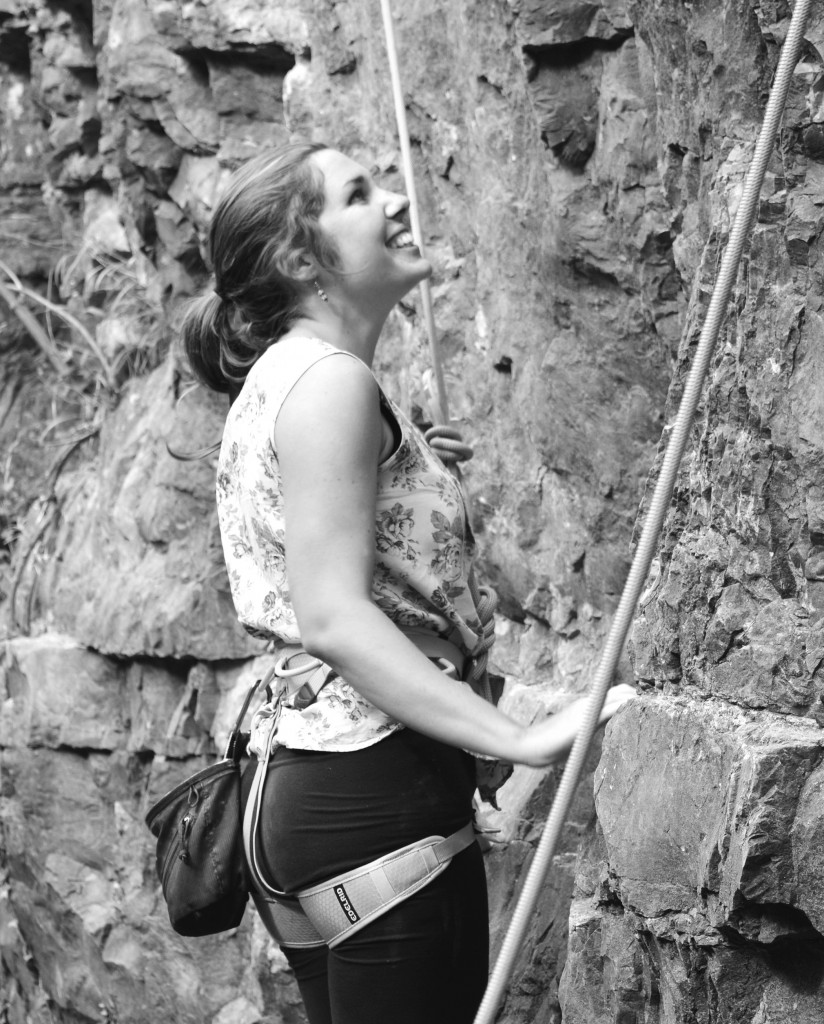 After a day of knackering out our arm muscles we camped out in the barn on my friend’s Pete’s farm and set up a roaring bonfire in the garden. There was whisky and great chat, so of course I immediately fell asleep. Coming down from a spike of climbing adrenaline is a bitch.

The next day we headed to Woodcroft quarry, overlooking Wintour’s Leap, a rocky cliff hanging over the glassy river Wye. You can clamber into the gorge and walk below two towering rock faces to tackle the clutch of routes here, including some very nice 5bs and a few horrendously pinchy climbs. Helen and I teamed up and fought valiantly against a couple of routes with tiny finger holds which required hands and nerves of steel. ouch. 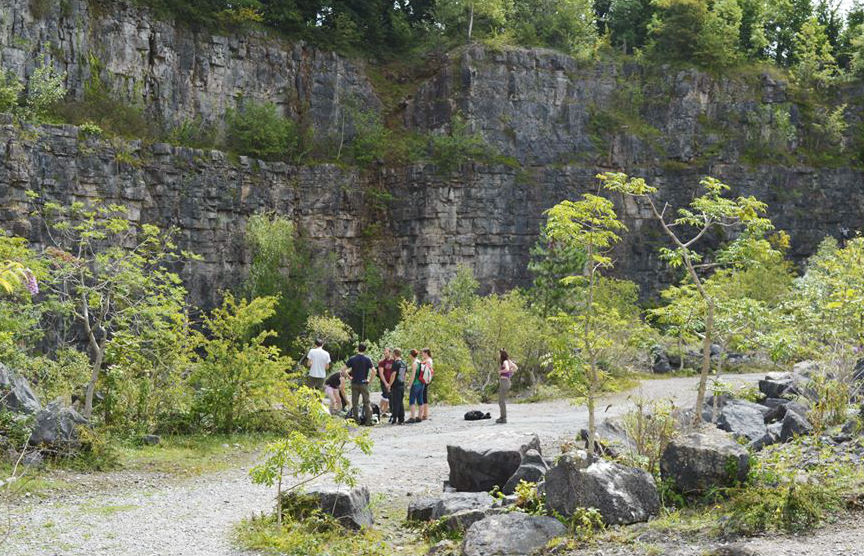 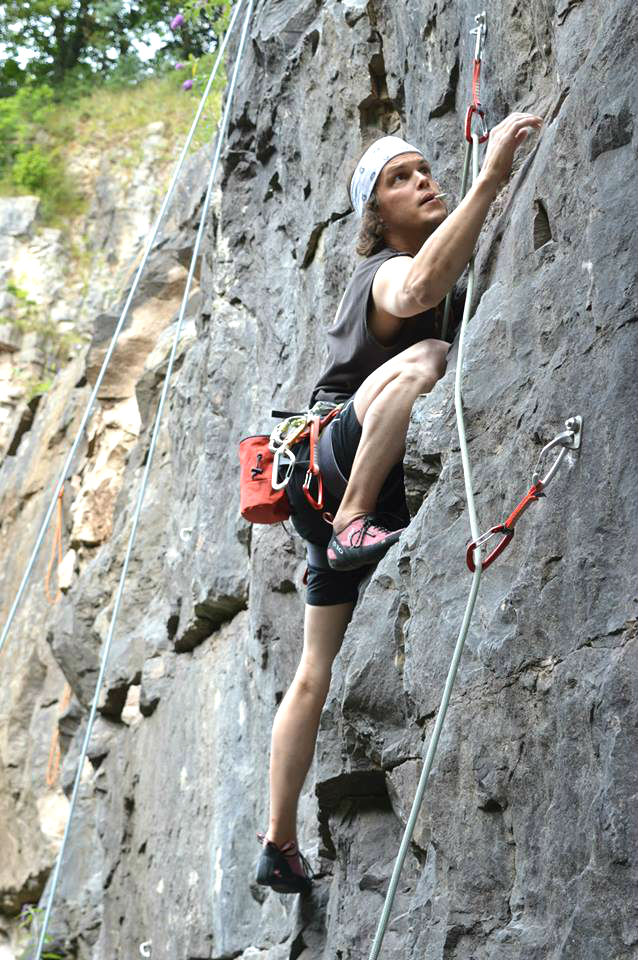 As the afternoon sun warmed the rocks we walked to the end of the gorge and gazed up at the enormous 6a+ Still Nice and Still Sleazy route. At 60 metres it was juuuust long enough to climb with the longest rope we had with us. I sat, watched and nervously chain-ate chocolate digestives as the boys clambered up it one by one. I couldn’t leave without giving it a try, despite the fact that any route above a 5c still gives me The Fear. But I managed to fight my way up to the middle, where there was a handy ledge to cling to for a breather. And it was totally worth it – the view across the Leap to the river as the afternoon sun paints it gold is stunning from on high. 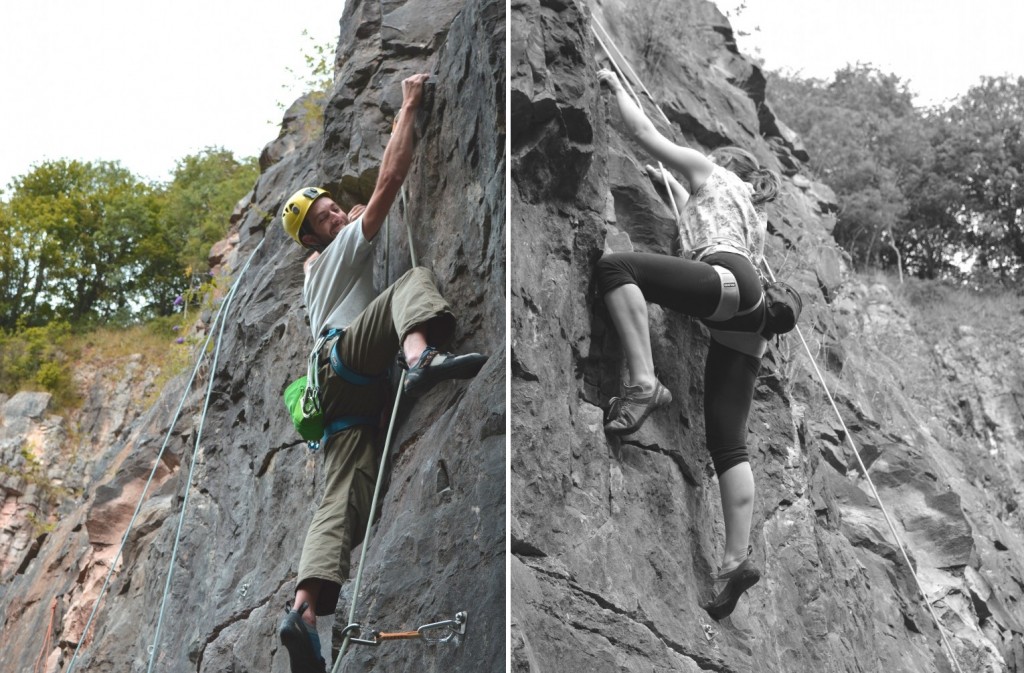 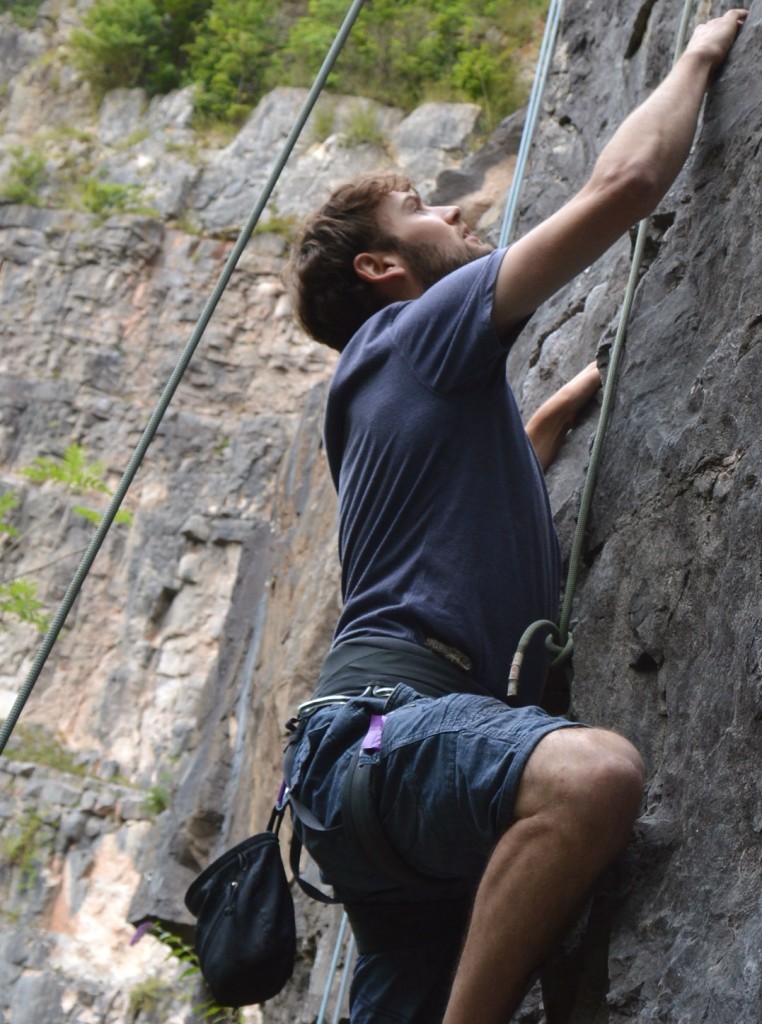 And on our way back to the car, happy despite our ruined fingers, there was time to sit and watch the sun set over Wintour’s Leap. Till next time, summer. 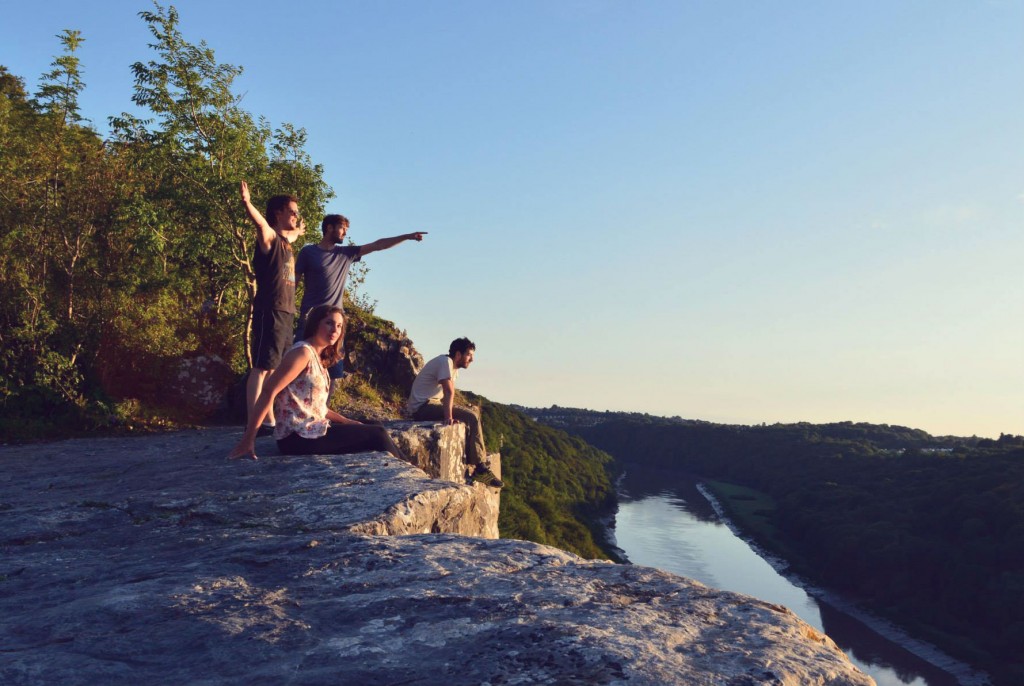