What are you reading this summer? Find inspiration for your next adventure with Kora‘s list of biographies and memoirs penned by trailblazing female explorers, athletes, journalists and outdoor enthusiasts. Right on, sisters. 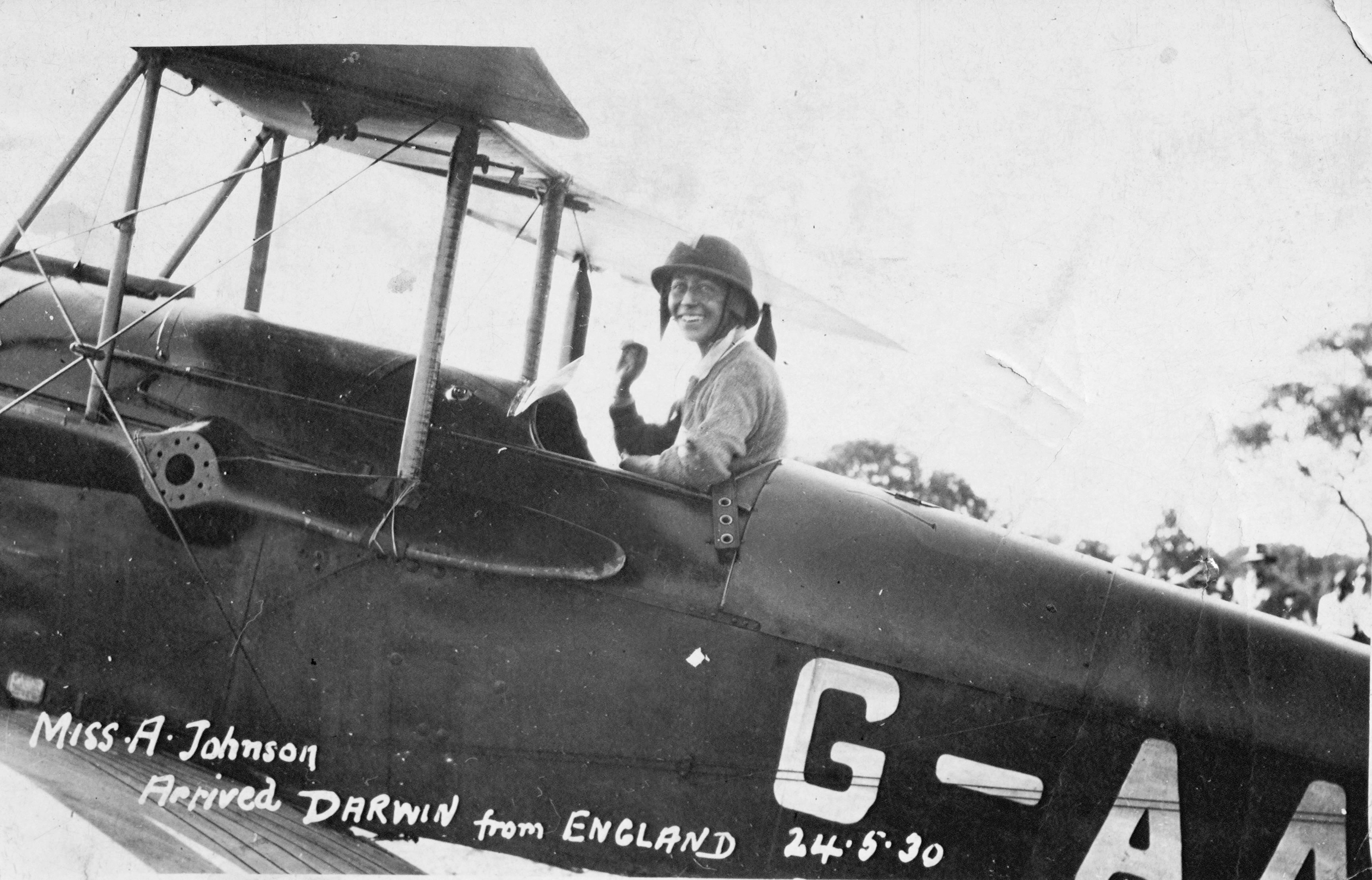 Now I’m all for tales of dudes and their feats of derring-do, but whilst my bookshelves are stuffed with the tales of Mallory and Shackleton, there’s been a distinct lack of girl-spiration on my reading list. No longer – the cool gang at Kora created this reading list of wonderful books by intrepid women gallivanting around the globe. There’s an asterisk against titles which are now out of copyright and can be downloaded for free. Who inspires you? And is anyone missing from the list? Let me know!

Check out Kora’s awesome infographic, too – 250 years of intrepid women.

EXPLORERS
A Lady’s Life in the Rocky Mountains*, Isabella Bird (1879). Vivid account of Bird’s experiences riding on horseback through the Rockies.

The Discovery of Jeanne Baret: A Story of Science, the High Seas, and the First Woman to Circumnavigate the Globe, Glynis Ridley (2010) – biography of 18th century herbswoman who disguised herself as a male valet in order to join a French naval expedition.

A Woman’s Journey Round the World From Vienna to Brazil, Chili, Tahiti, China, Hindostan, Persia and Asia Minor*, Ida Pfeiffer (1850) – Pfeiffer left her native Austria for the first time aged 45 to fulfill her childhood dream of travelling the world. This account of her trip made her a household name in much of the western world.

A Girl in the Karpathians*, Menie Muriel Dowie (1891) – 23-year-old Dowie dons a tweed suit and sets off on a solo hike in Eastern Europe.

The South American Tour*, Annie Smith Peck (1916) – Smith Peck was an American explorer, climber and suffragette who first found fame in 1895, aged 45, when she scaled Matterhorn. A few years later she began exploring the summits of South America and wrote this practical guidebook for fellow travellers who wished to visit the continent.

Persian Pictures*, Gertrude Bell (1928) – Evocative account of Bell’s first trip to Iran in 1892, which sparked a lifelong fascination with the Middle East. She climbed mountains, mapped Arabian deserts, worked as a diplomat and help establish Iraq’s Antiquities Museum in Baghdad, where she is buried.
See also: Queen of the Desert: The Extraordinary Life of Gertrude Bell, Georgina Howell (2015)

The Valleys of the Assassins and Other Persian Travels, Freya Stark (1934) – hailed as a travel classic on publication, Stark’s memoir recalls her intrepid exploration of Luristan, the mountainous region between Iraq and Iran.
See also: Passionate Nomad: The Life of Freya Stark, Jane Fletcher Geniesse (2001)

My Siberian Year, Maria Czaplicka (1915) – Polish anthropologist’s account of her 1914 field trip to Siberia, where she travelled 1,900 miles along the Yenisei River in the depths of winter.

My Journey to Lhasa, Alexandra David-Néel (1927) – Frenchwoman David-Néel, a scholar of Buddhism who was the first woman to be received by the Dalai Lama, tells the story of her gruelling expedition to the forbidden city of Lhasa.
See also: The Secret Lives of Alexandra David-Neel, Barbara Foster and Michael Whitfield Foster (1999)

ATHLETES AND ADVENTURERS
The Wonderful Adventures of Mrs Seacole in Many Lands* (1857) – autobiography of Jamaica-born traveller, healer and entrepreneur Mary Seacole, who tended to wounded soldiers during the Crimean War.

Around the World on Two Wheels: Annie Londonderry’s Extraordinary Ride, Peter Zheutlin (2008) – Annie “Londonderry” Kopchovsky was the first woman to bicycle around the world. She carried only a change of clothes and a pearl-handled revolver, funding her trip with advertising banners attached to her bike.

At One with the Sea: Alone Around the World, Naomi James (1979) – New Zealander James recounts the story of how she became the first woman to sail solo round-the-world via the dangerous Cape Horn route, in 1978.

A Thousand Miles Up the Nile*, Amelia Edwards (1888) – English novelist’s vivid description of a trip down the Nile in a houseboat.

Through Town and Jungle*, Fanny Bullock Workman and William Hunter Workman (1904) – The story of an epic cycle ride through India, ‘from the palm-fringed lands of the extreme south to the ice-bound peaks of the Karakoram’. The Workmans were also keen climbers and in 1906 suffragist Fanny broke a women’s altitude record, climbing the 22,735ft Pinnacle Peak in the Himalayas.

America’s Girl: The Incredible Story of How Swimmer Gertrude Ederle Changed the Nation, Tim Dahlberg (2009) – Two years after winning a gold medal at the 1924 Olympics, American Gertrude Ederle became the first woman to swim the English Channel and was welcomed home with the biggest ticker tape parade ever seen in Manhattan.

Swimming to Antarctica: Tales of a Long-distance Swimmer, Lynne Cox (2005) – Thrilling and lyrical account of Cox’s record-breaking open water swimming adventures, from the English Channel to the Cape of Good Hope, the Bering Strait and the icy waters of Antarctica.

Amy Johnson: Queen of the Air, Midge Gillies (2004) – Pioneering British aviator Amy Johnson was the first woman to fly solo from the UK to Australia in 1930, travelling in a second-hand open cockpit biplane with a basic map and no radio communication.

The Rugged Road, Theresa Wallach (2011) – Remarkable story of Theresa Wallach and Florence Blenkiron, who in 1935 became the first women to ride the length of Africa in a motorcycle, crossing the Sahara without a compass and tackling lions, sand drifts and the French Foreign Legion along the way.

Full Circle, Ellen Macarthur (2010) – The sailor who broke the world record for fastest solo circumnavigation of the world looks back at the highs and lows of her career and explains why she has retired from racing to take on even bigger challenge.

Maidens’ Trip: A Wartime Adventure on the Grand Union Canal, Emma Smith (1948) – In 1943 three young women leave the comfort of their middle-class homes to live aboard a pair of canal boats, hauling cargo between London and Birmingham as part of the war effort.

Full Tilt: Ireland to India with a Bicycle, Dervla Murphy (1965) – Entertaining tale of an epic cycle ride through Europe, Persia, Afghanistan and to India.

Lois on the Loose, Lois Pryce (2007) – Pryce leaves behind her desk job at the BBC to ride a motorcycle from Alaska to the tip of Argentina.

The Cruellest Journey: 600 Miles By Canoe To The Legendary City Of Timbuktu, Kira Salak (2006) – Salak encounters hippos, tropical storms and rapids to canoe 600 miles down the River Niger from Old Ségou to Timbuktu in Mali.

Wild, Cheryl Strayed (2012) – Grief-stricken after her mother’s death, Strayed hikes 1,100 miles down the west coast of America – and finds herself along the way.

Call of the White: Taking the World to the South Pole, Felicity Aston (2011) – Aston recounts how she recruited and led an expedition of eight women from around the world – some of whom had never seen snow before – to ski 900km across Antarctic.

Just a Little Run Around the World: 5 Years, 3 Packs of Wolves and 53 Pairs of Shoes, Rosie Swale-Pope (2009) – Heartbroken after the death of her husband, runner Swale-Pope sets off on a five-year odyssey around the world.

Stop Drifting, Start Rowing: One Woman’s Search for Happiness and Meaning Alone on the Pacific, Roz Savage (2013) – Inspiring account of how Savage left behind her high-flying career to row solo across the Pacific.

JOURNALISTS, WRITERS AND ACTIVISTS
Around the World in Seventy Two Days and Other Writings, Nellie Bly (1890) – newspaper reporter Nellie Bly’s account of her Phileas Fogg-inspired voyage around the world. This edition also includes articles she wrote after going undercover at a factory and a mental asylum, as well as her reports from the First World War trenches.

Narrative of Sojourner Truth (1850) – autobiography of a former slave who escaped to freedom and became an influential civil rights campaigner.

The Living Mountain, Nan Shepherd (1977) – Nature writer Shepherd’s lyrical account of her journeys into the harsh and beautiful Caingorm Mountains in Scotland.

Terra Incognita, Sara Wheeler (1997) – Wheeler recalls the seven months she spent travelling Antarctica on a writer’s fellowship, vividly evoking the continent’s unique landscape, history and population of temporary residents from around the world.

Dust Tracks on a Road, Zora Neale Hurston (1942) – Autobiography of folklorist, anthropologist and novelist Hurston, who conducted field work in the timber camps of Florida, in Jamaica and Haiti. She died in obscurity in 1960, but her work was rediscovered in the 1970s and her novel Their Eyes Were Watching God is now considered a literary classic.

Letters written during a short residence in Sweden, Norway, and Denmark*, Mary Wollstonecraft (1796) – Travel narrative by early feminist writer Wollstonecraft, who travels to Scandinavia with her baby daughter in search of a stolen treasure ship.

Travels with Myself and Another, Martha Gellhorn (1979) – Witty and captivating memoir by war correspondent Gellhorn, whose career spanned the Spanish Civil War, World War Two and the Vietnam War.

Savage Summit, Jennifer Jordan (2005) The True Stories of the Five Women Who Climbed K2, the World’s Most Feared Mountain.