A chat with Jessica Pearson, the creator of The Space Outside, a beautiful short film that will inspire you to take courage and head outdoors. 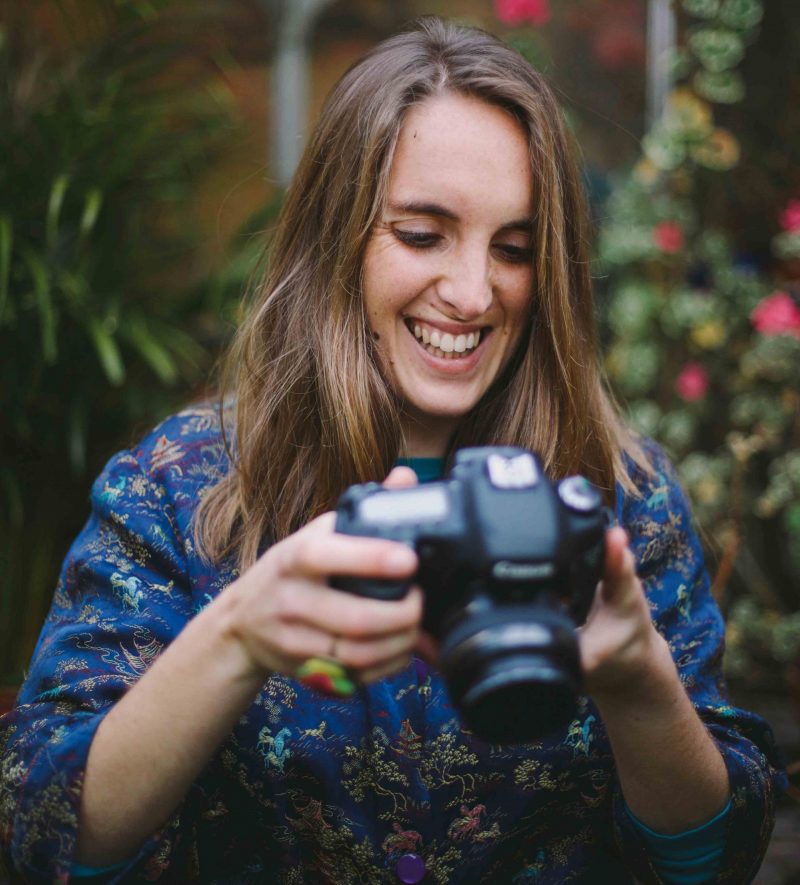 Jessica is a woman on a mission – to get women outdoors, out of their comfort zone and realising their potential. She’s the lady behind the lens of her own film company, Shimnix, and is in the process of completing four-part film The Space Outside. The first installment (watch it here here) focuses on showing women how to find the motivation to try new challenges via interviews with female explorers and go-getters. The next three films will follow the rest of a journey, focusing on the practicalities of preparing for adventure and shadowing women as they head out for the unknown. And just as inspiring is the story of how Jess herself overcame her own challenges to the stories of others.

1. How did you first begin to explore filmmaking and storytelling?
When I was 15 years old I started to notice my tongue becoming tired. This progressed to my throat, mouth and face. At the age of 17 I was diagnosed with Myasthenia Gravis, a rare autoimmune illness that attacks the chemical between the nerves, creating a lack of communication between the brain and the muscles and ultimately causing paralysis. Since an early age I had wanted to be an actress. I was a shy teenager and I used acting as a way to feel confident. On stage I felt brave, full of energy and life. As I lost my voice I turned to mime, but after a major operation when I was 17, to remove my thymus gland, I was left weak and unable to pursue my dream. At the same time I was also studying art and I started to play around with filming projection, shadows and colours. When I could no longer speak, cry, eat or smile, film became my communication device. I could act in front of the camera without the pressure of an audience. Storytelling was a big part of what got me through my many years of chronic illness. I lay awake at night in my hospital bed thinking of stories. This is where the name Shimnix was created. I wrote a children’s book about where ideas come from and Shimnix was the name of the distributors of thought, inspiration and ideas. The name felt apt when I started my film business in 2013.

2. What is the key idea behind The Space Outside?
The key idea is to show that adventure is all around us. Adventure is accessible and not just for elite athletes. I hope that the film series will help support women in stepping outside their comfort zone, however big or small that may be. Life is relative; when I was ill, I often had people say to me, “how do you cope with your massive challenges?”. What I learnt was that a big challenge is relative – my biggest challenge was no bigger than someone else’s biggest challenge.

3. What message would you like viewers to take away from the film?
First of all, what I am learning about adventure is that actually, adventure is just a word. For me it is an empowering word because of who we associate the word adventure with, someone who is an adventurer because they go on adventures and live life to the fullest. I can’t force people to take that away with them, but if simply a handful of people can start to say they are adventurous then that would be fantastic. “I am adventurous.”
So let’s start discussions about adventure. In my opinion and what I am learning through this series is that going on an adventure is a perception. So lets stop perceiving ourselves as not being adventurous and start to realise that adventure is a change of mindset, it comes from within.
Whilst filming this series I have heard quite a few women talk about themselves as not being adventurous and the women who have decided this believed there was a fundamental difference between them and someone who does go on “adventures”. I believe most people are adventurous – for example, being a mother is an adventure and to me, that seems way further from my comfort zone than getting on a plane and travelling to an unknown place. I would love it if the words “I am adventurous” could be used to empower women rather than separate and alienate them. 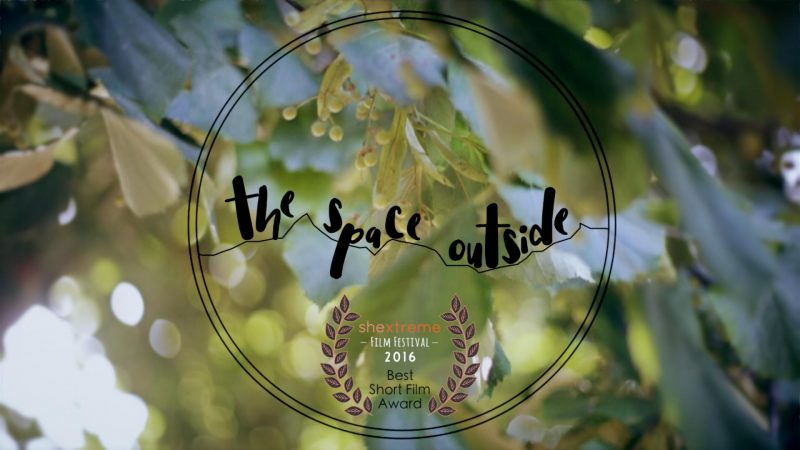 4. How did you choose which interviewees to spend time with?
The seven women I interviewed came through friends, either as friends of friends or friends suggested inspiring stories they had heard. I feel honoured that these women were happy to be interviewed by me and that they were so honest with me.

5. How did they inspire you?
They continue to inspire me! Meeting my interviewees was the start of a journey and straight away made me realise that female explorers and adventurers are just like you and me. They are human and I could see that their ‘adventures’ in life had not made them driven by ego, but made them more humble and more deeply connected to themselves.

6. Does a quote from the film stand out in your memory?
“Mountains made me more woman”
“Die with memories, not dreams”
“The magic really happens when you step outside your comfort zone.”

7. How did making TSO build your own confidence?
This film series is an adventure for me. I am an introvert and am really happy on my sofa, wrapped up in a blanket watching a film or reading a book, this is my safe zone and sometimes it is important to honour and relish your safe zone. However, there is another part of me the yearns to have more and to see more. Sometimes that voice is tiny but she is still there and I feel I must honour her, so filming is my way of doing that. 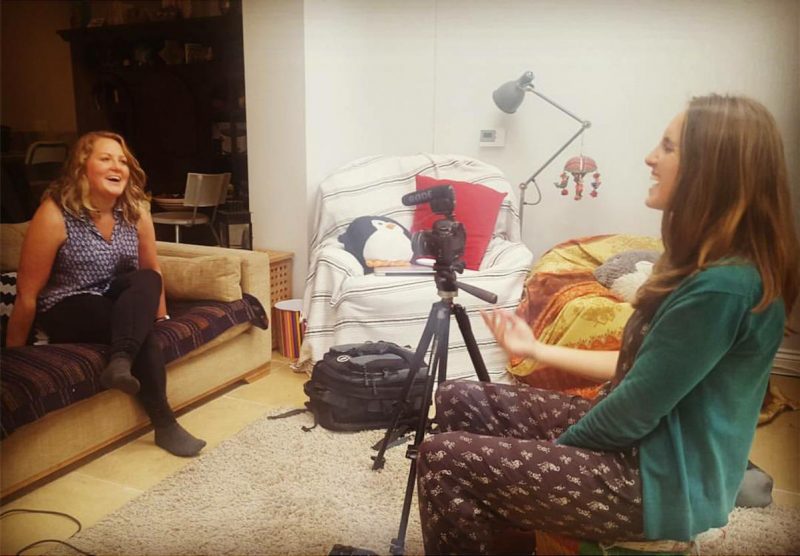 8. What would you advice young women keen to get outdoors and film their adventures (perhaps specifically girls who feel, like you, that they are ‘an introvert at heart’!?
Filming is a great thing to hide behind, especiallt if you don’t want to film yourself on an adventure but still want to capture a journey. I find that people often approach me if I am holding a camera. When filming someone in a market place or a person in the street for example, I always ask permission.
I haven’t actually filmed myself on an adventure yet, but I always think good content is key. If the content is good you can film on anything, even a mobile phone.
I can’t say I have mastered travelling and filming; this is a journey I am on but I think authenticity and listening to intuition goes a long way in any journey, filmed or not.
A mantra I live by is not to always see the world through a lens. This may sound like a bizarre thing for a filmmaker to say, however, I advise others to know when to put the camera away and be present in the moment. I do find this balance hard sometimes, but I feel it is important for me to see an adventure through my own eyes as well as the lens.

9. What’s next for you?
At the moment I am filming the 2nd Space Outside, which is about the practicalities of how to go on adventures. This will obviously cover mindsets and perception, but will also cover six months worth of research into ways of going on adventures. I start with an idea and then I have this living, breathing film that changes and evolves as I gain a greater understanding of the subject. For this second film I have loosely planned as much as I can but know that no plan can be set and I expect my opinions to change or to strengthen.

Oh, and hopefully lots of adventure!