Okay, so I’m a tiny bit in love with my new Anevay Frontier stove. Much of the outdoor gear I test and use is functional, but it’s a real pleasure when something comes along that is both practical and a real joy to use. 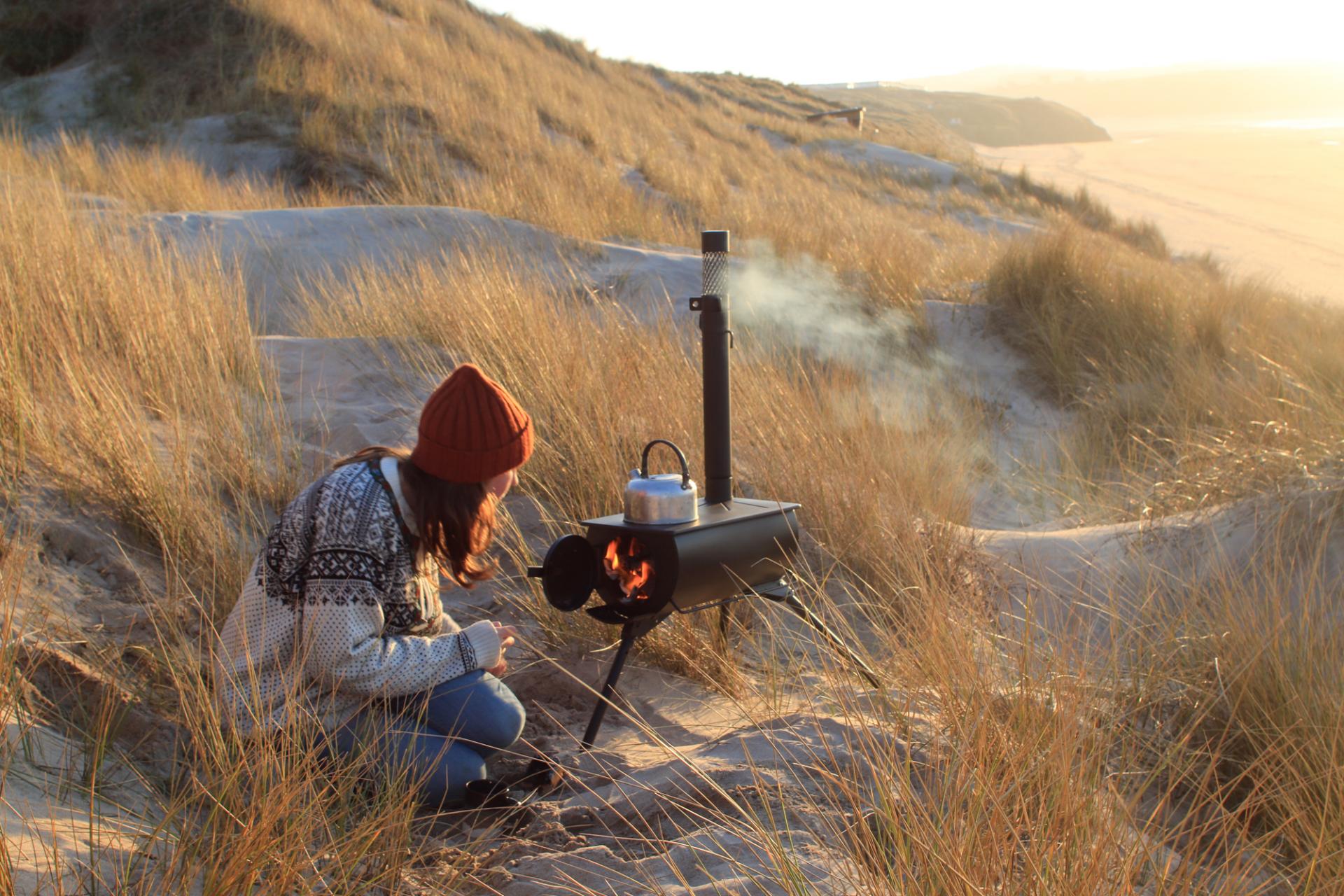 The Anevay Frontier make look a bit like a hefty stove you’d find indoors at first glance, but it’s actually amazingly lightweight and so portable it packs down into a nifty shoulder bag. When you’re ready to set the stove up, the legs fold out, the chimney flues stack on top and it’s ready in about two minutes. You can use one chimney flue outside when camping, or if you have a bell tent or yurt which allows a stove, pop the Frontier up inside, and add extra chimney segments. It’ll totally revolutionize winter camping trips and the way you cook outside. 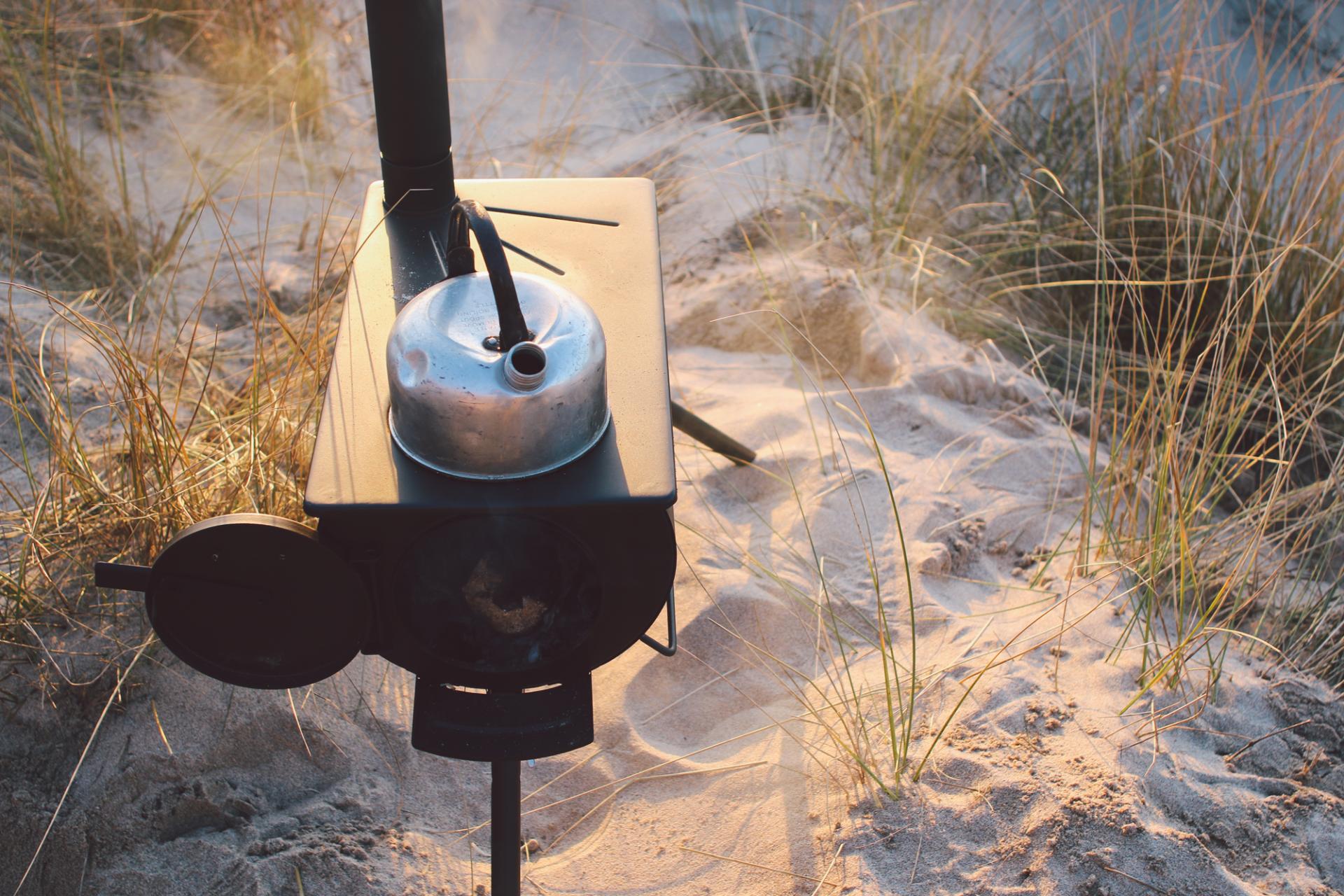 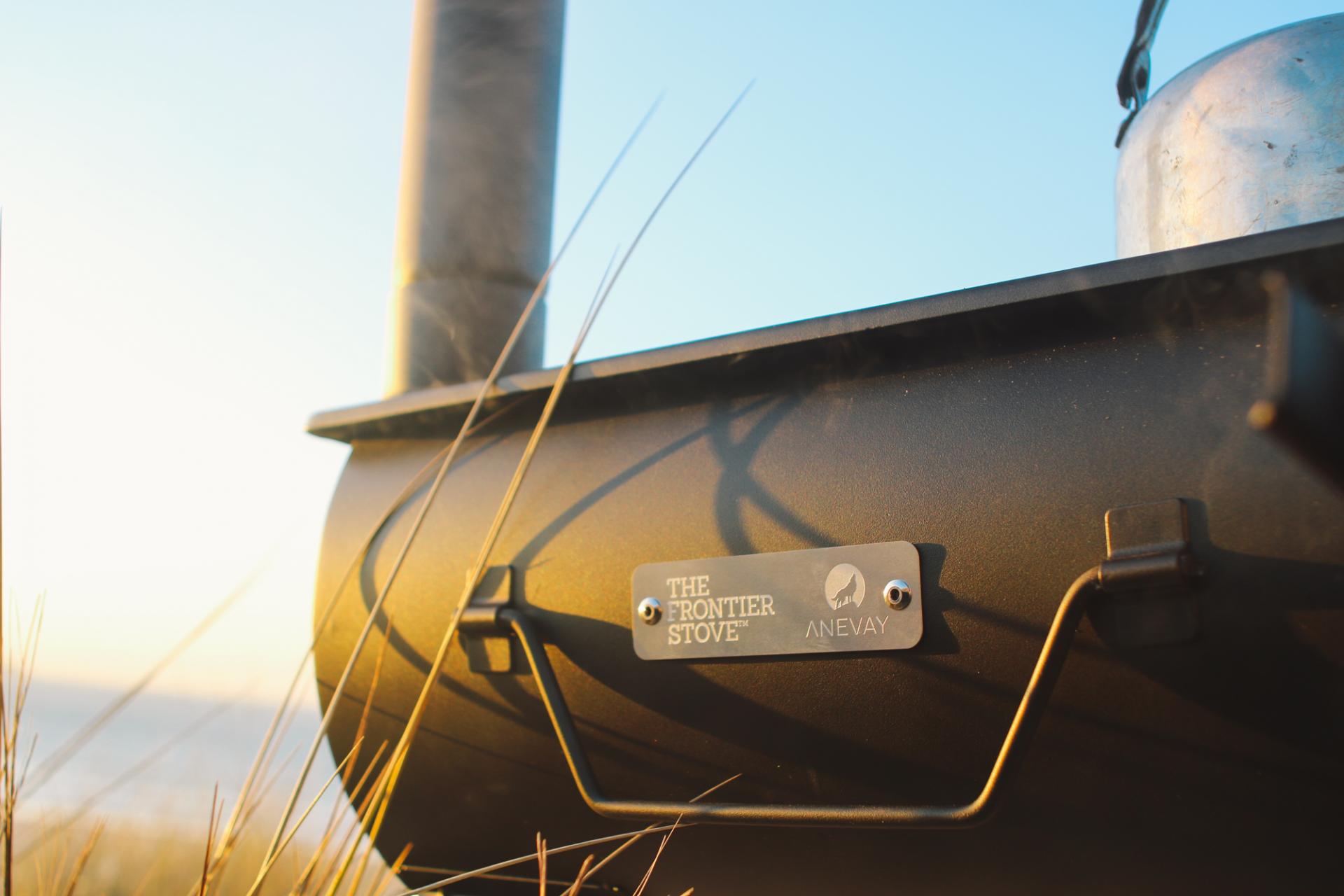 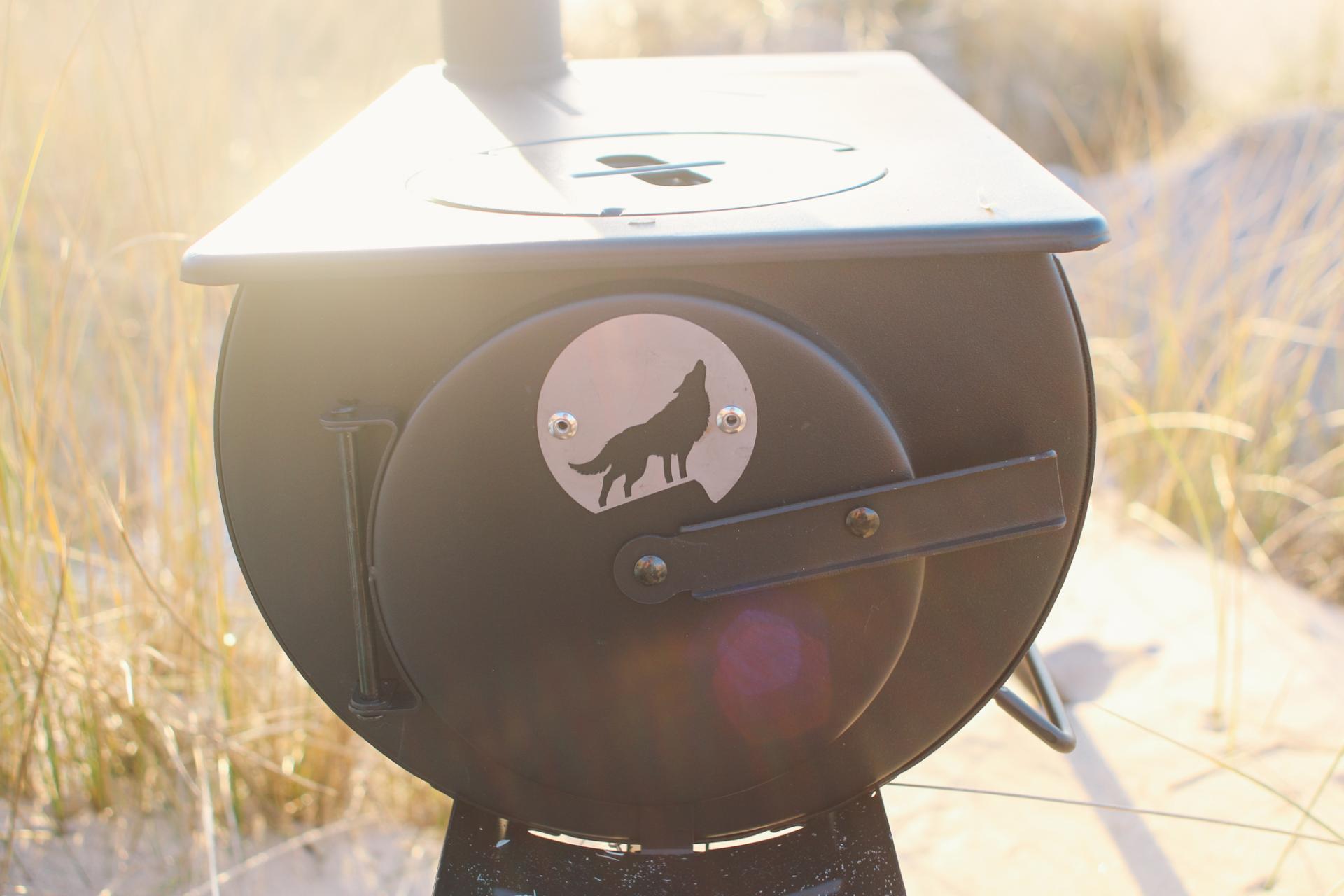 The Frontier Stove was first designed out of necessity – the need for a portable woodburning stove for third world disaster relief. The long flues are designed to combat smoke inhalation, which globally is a bigger killer than malaria. The Frontier transports smoke away from where you’re cooking, and is also much more efficient at burning fuel than an open fire.

And now all campers can get their hands on the Frontier, and it’s posher big brother, the Frontier Plus (£349) – invest in one and they should last you years of happy outdoor cooking. 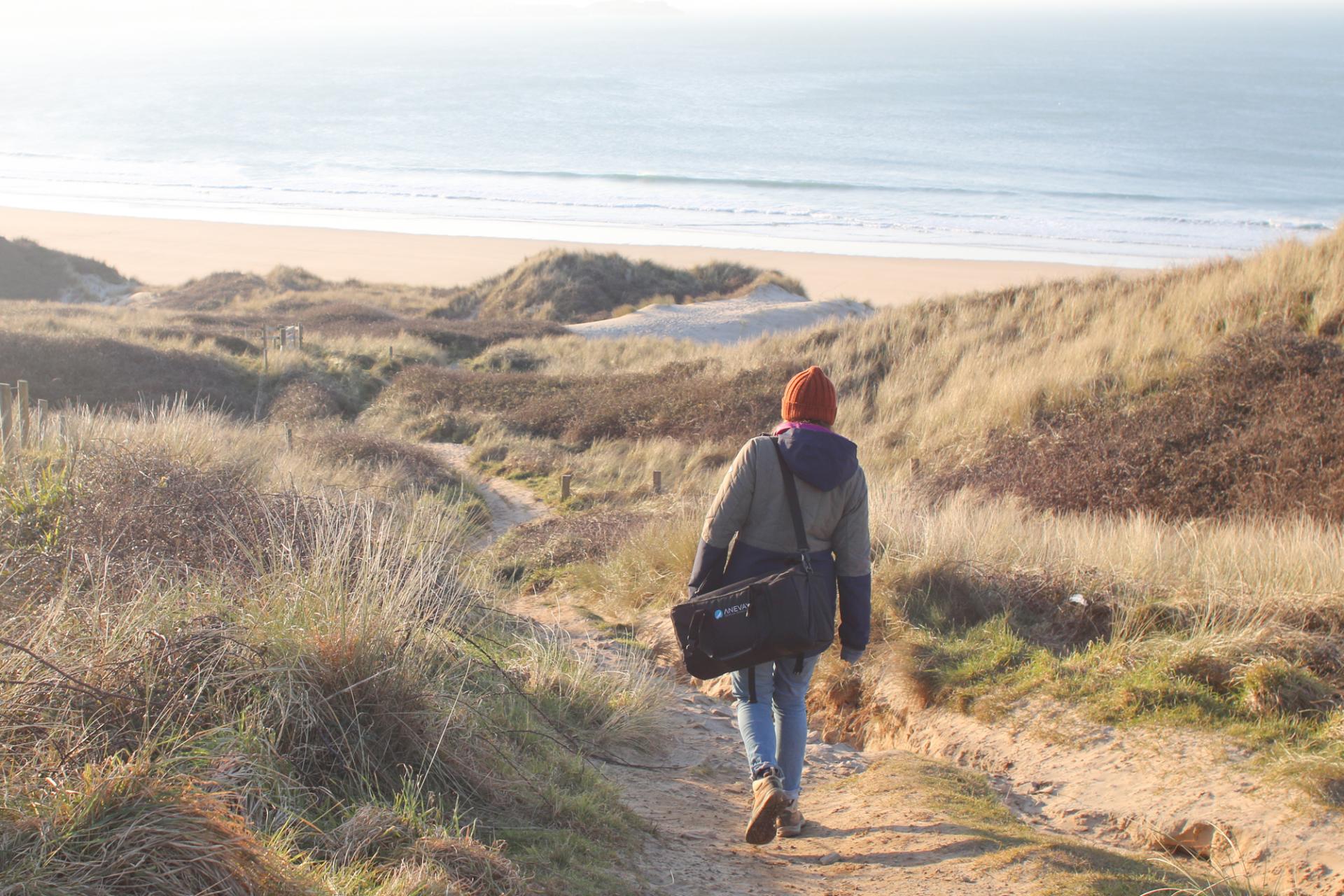 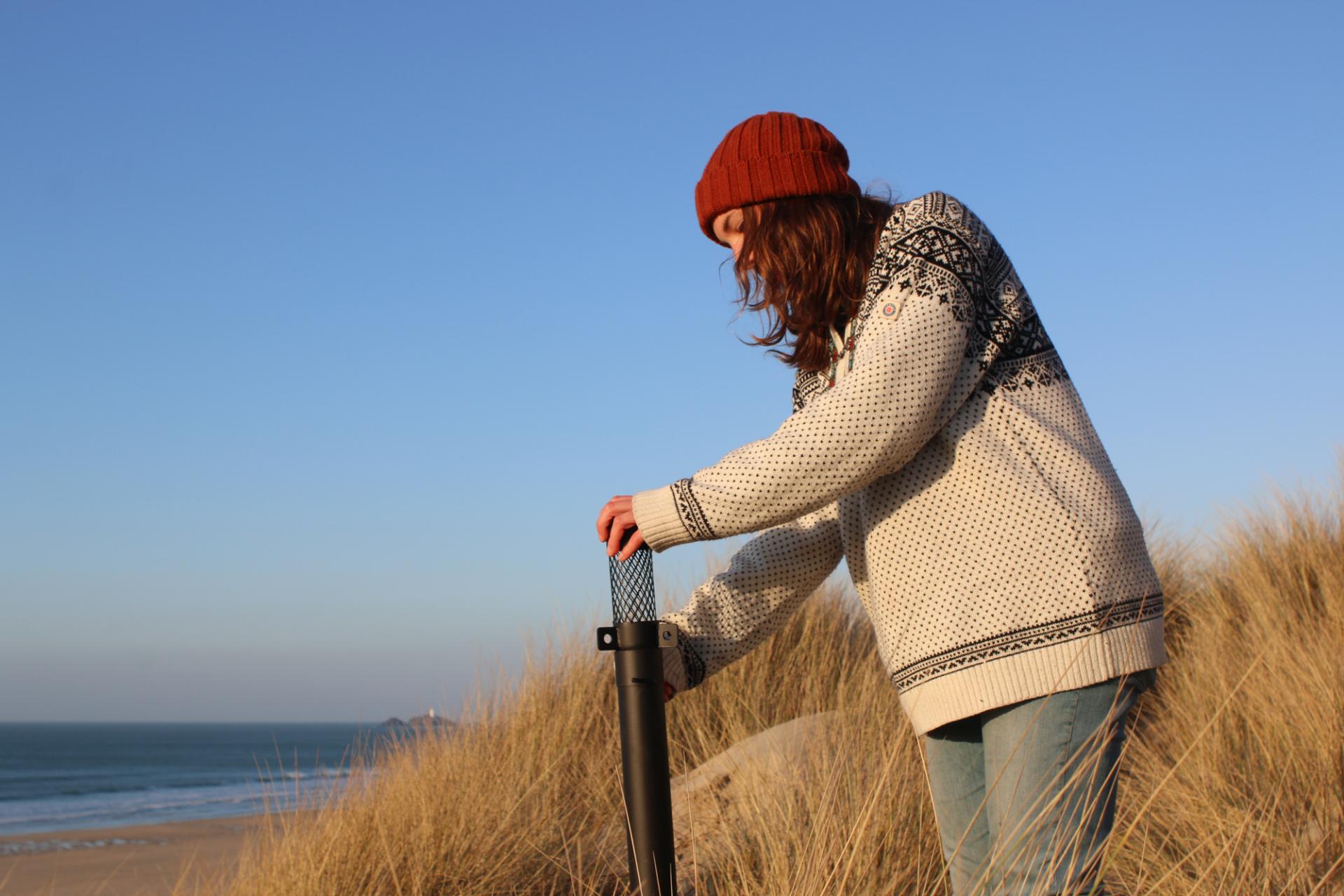 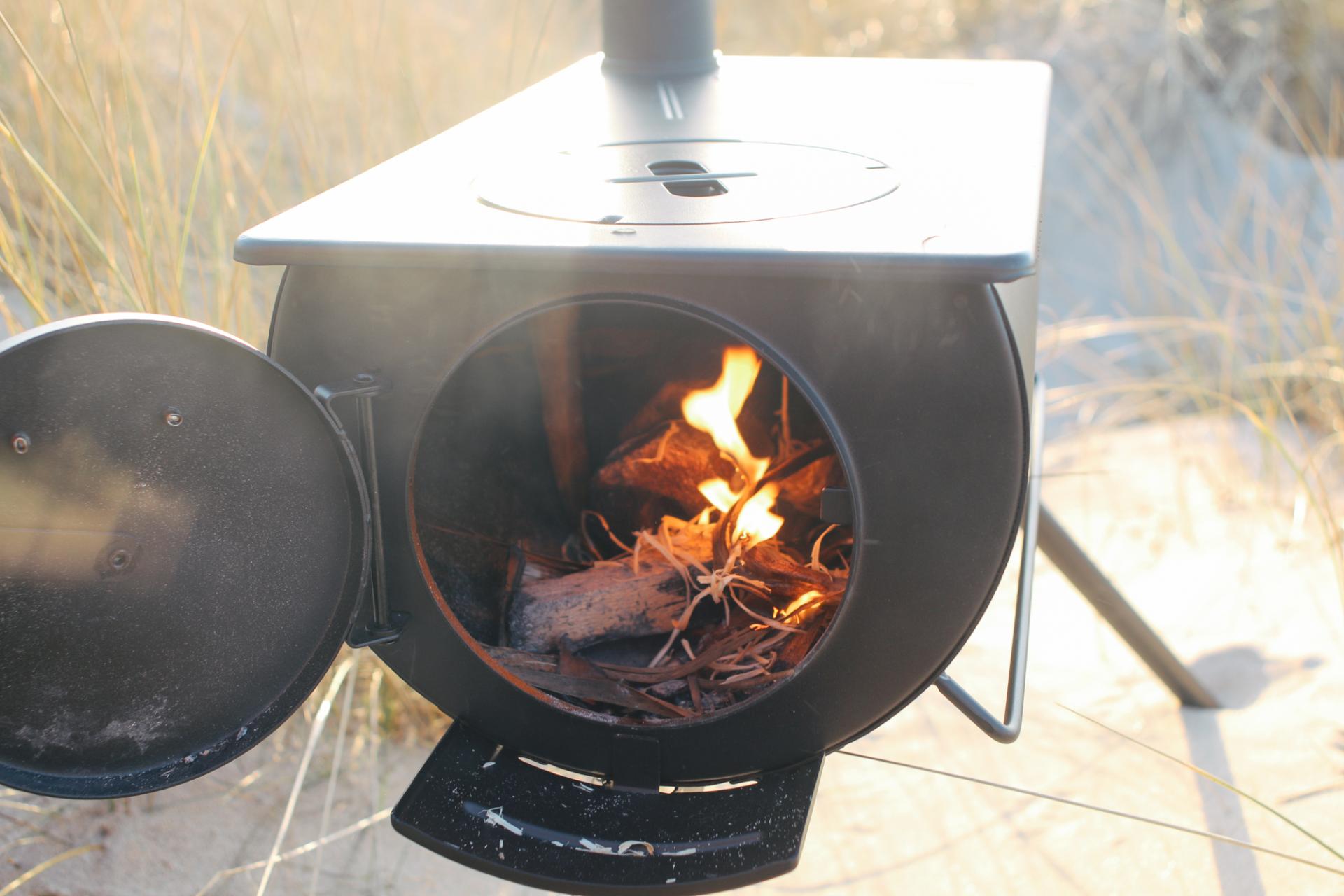 One reason I love the Frontier is how relaxing it is to cook on. It’s easier to light, tend to and cook on than an open fire, which usually requires a lot of faff and care, and far more useful (and fun) than my dinky little gas stove. The Frontier lights in a jiffy with some tinder and kindling, and lets you cook anything you would on the hob at home in the outdoors. It’s a great alternative to a fire if you’re camping somewhere were campfires aren’t permitted. And it’s also just a really wonderful way to make a cup of coffee and savour the outdoors. 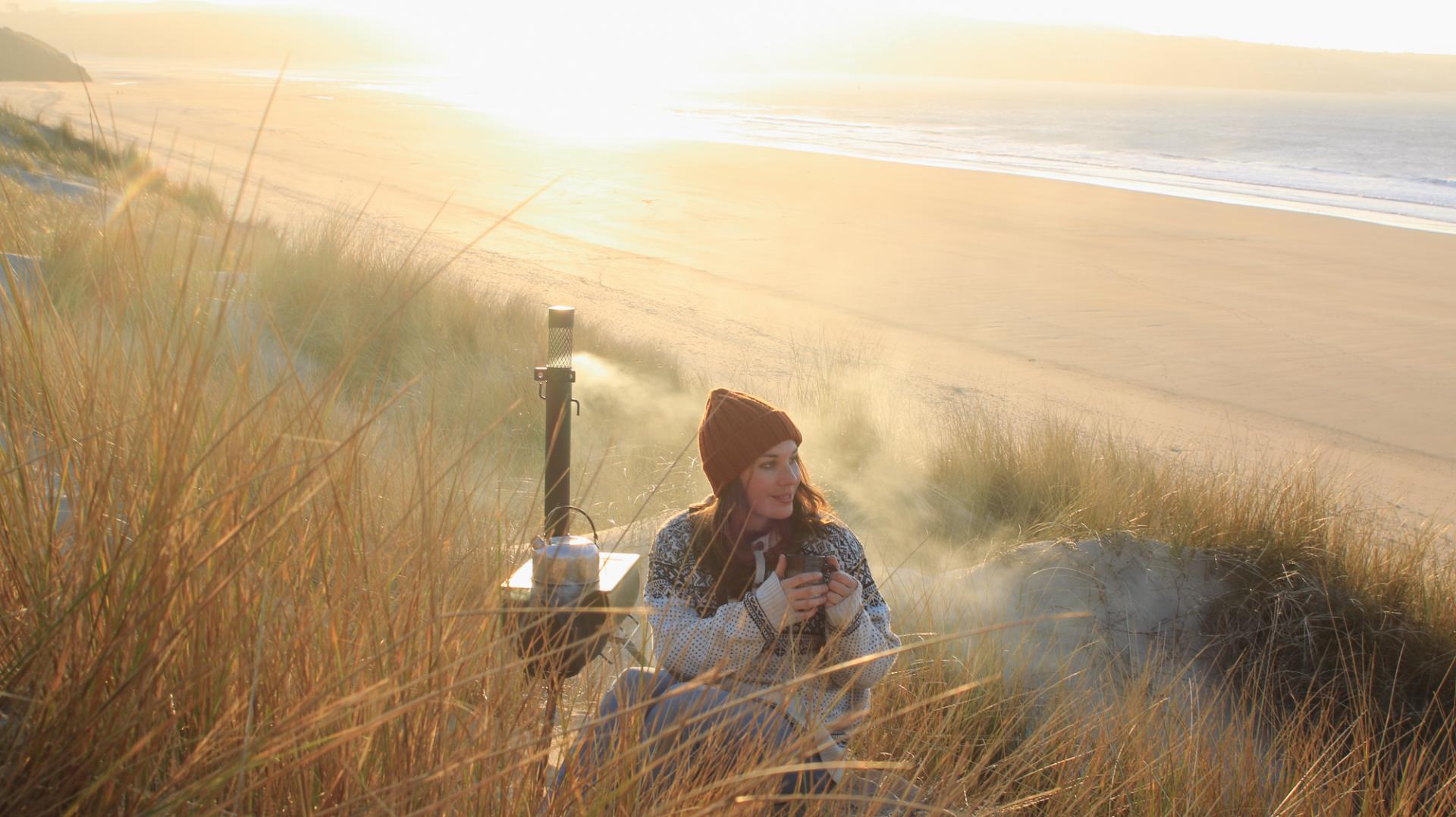 It’s hard not to feel happy with a beer in hand and a pot burbling away on the stove, which ties in with Anevay’s philosophy:

“We believe in getting out there, in slowing things down and taking time to sit round the ﬁre. We want to encourage people to cook real food outdoors: to make time for adventure and get creative with their outdoor cooking. We believe that adventure doesn’t have to mean a week-long expedition: it can be half an hour out of your day to make coﬀee on the Horizon Stove in your back garden, or an impromptu dinner on the beach watching the sun go down.”

FRONTIER STOVE CAMPING RECIPES:
I’ve been cooking up a storm on my stove – here are four of my favourite one-pot camping meals you can make on it, from posh pancakes to the ultimate crowd-pleasing stew. 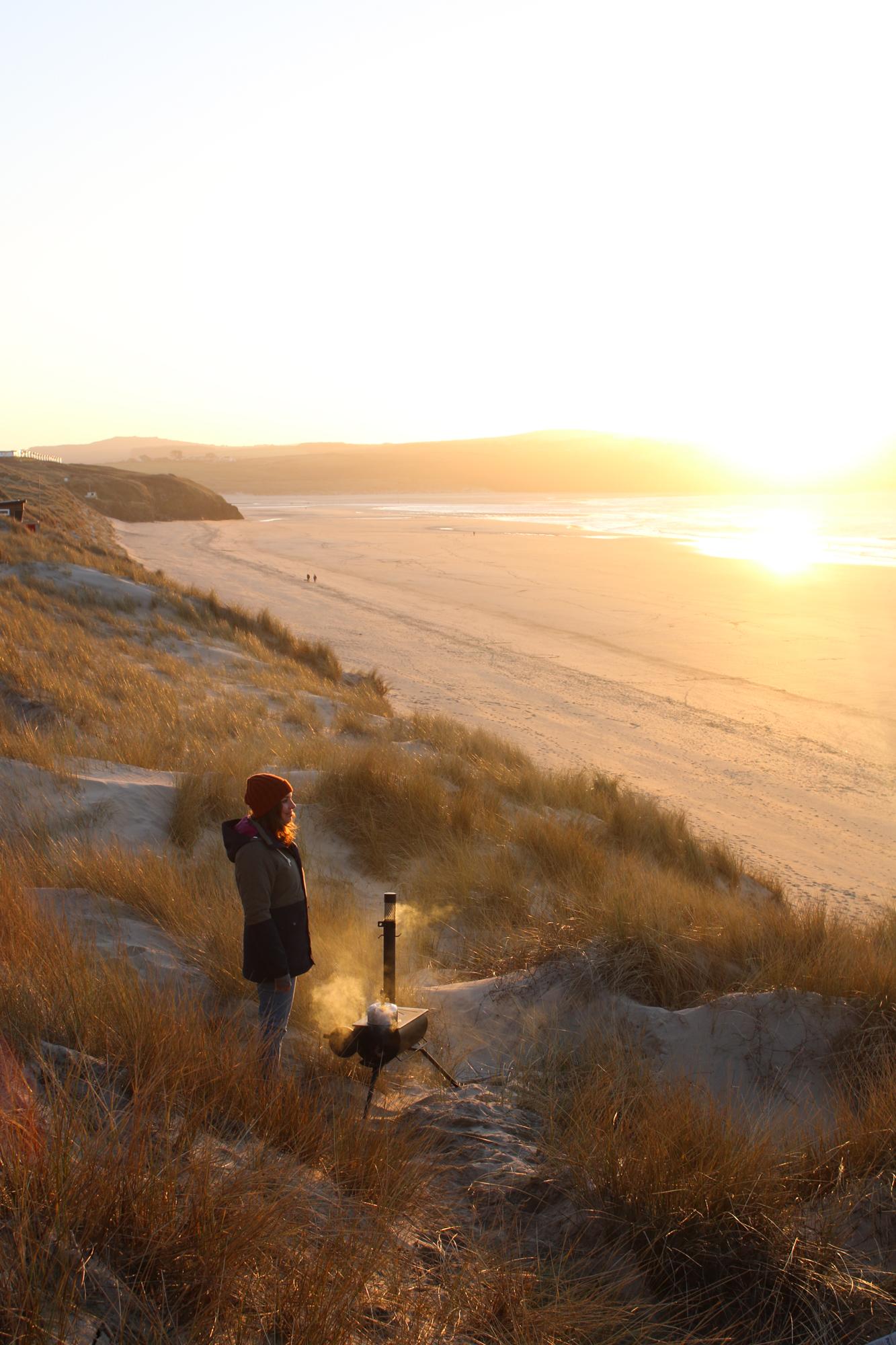 The Frontier stove is available from Anevay for £199