Guest blogger Charlotte Clark on the delights of rock climbing for beginners, and why this is the perfect confidence-building sport for women of all abilities.

“I should start this post by confessing that I’m not a fitness fanatic, nor do I have a passionate love of the outdoors. Until a year ago I’d never even though climbing was a sport let alone a hobby that I (a self-professed couch potato) could enjoy. Despite all that, last week I was declared runner up of ‘Most Improved Climber’ award at my local club.

In the long hot summer of 2009 an old friend invited me on a climbing trip to Harrison Rocks near Tunbridge Wells. It was clear from the off that I didn’t have the natural instinct to climb. Although I was brought up encouraged to have a go at ‘boys sports’ I shied away from situations that I felt were dangerous. I struggled horribly up a short crack climb on that first day and almost didn’t go back.

The next week, slightly more intrigued (but still aching from my first attempt), I joined my local climbing club. As a beginner it seemed that the men in the club climbed harder than the women and I took it as a given that because of their physical strength they would obviously be better. How wrong I was.

Having now been to various different climbing walls and crags around the UK I know that the hardest climbers are the ones who put their effort and time into it. There are two objects to overcome when it comes to climbing, firstly the physical. Like me, the majority of women are bottom heavy and don’t spend a lot of time hanging from their arms. Normal gym routines are great for improving general stamina and fitness but they don’t tend to prepare you for the crag. The best way for your body to learn how to move over rock is to do it repeatedly. However, it’s not all about strength, a lot of climbing is about technique and this is where women tend to excel. 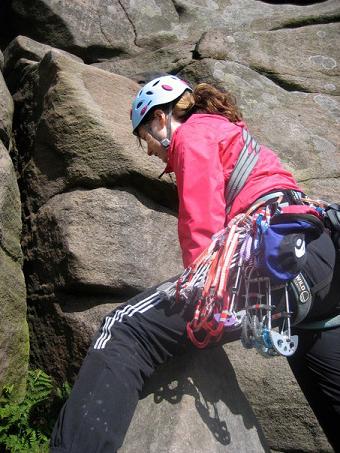 The second problem to overcome is your own fear. From the moment babies become aware of their surroundings they feel uncomfortable in high places. Dangling off a thin rope, whether it’s indoors or outside is understandably absolutely terrifying. The initial feelings of fear and lack of control are something I’m still learning to deal with.

Climbing is a fantastic way of learning about yourself and making friends along the way. If you’re following precautions you’re always safe but the thrill of learning to trust your body and overcome your fears is extremely liberating. I have so much more respect for my body and more knowledge of what I’m capable of now. 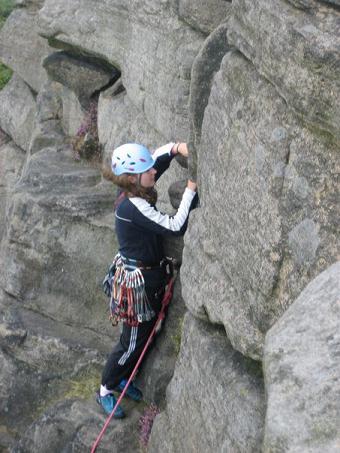 16 months after my first climb I found myself on the most challenging climb of my life, halfway up Flying Buttress in North Wales. It wasn’t that it was physically beyond me but it was my first true multi-pitch route. Because of the limited length of a rope and the dangers of rope drag, the only way to ascend one of these routes is to climb them a section at a time. After each pitch, the lead climber places new gear and sets up a belay to bring up other climbers safely. Climbing with two other people meant each section of the route took time to set up and at one point I spent around an hour standing on a rock shelf about three feet square. 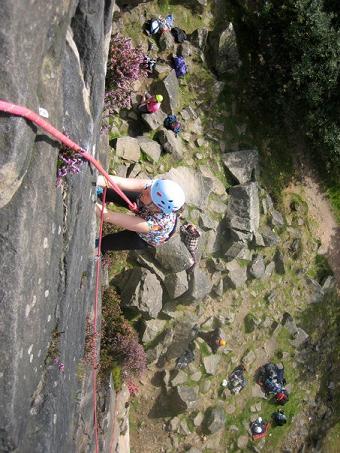 The scenery was breath-taking and despite the cold relying on my own body to get me up the rock-face felt incredibly empowering.

On the final pitch of the route I was mentally exhausted. My hands frozen by the cold wind could barely move but I managed to climb most of the route. Just feet from the top, I faced the biggest challenge of the route: a tight chimney that veered to the right. By this point, I could see my climbing partner over the top. Following his instructions I placed one foot into the crack and the other on the rock-face. I pulled up with one hand in a watery pool and the other clinging to a sharp pinnacle. That’s where my strength gave way.

I didn’t scream for long. The rope was tight enough to stop me reaching the ledge below, and I dangled momentarily like a puppet. I took a deep breath and started again. Each attempt exhausted me more and more, but eventually I made it to the top. After my fall, my partner aided me for a few feet but I finished the climb under my own steam. I felt incredibly relieved but also so proud of giving it my all.

I’m not the smallest girl in the world. I have more curves than muscle, but I can climb, and so can any girl who puts their mind to it.”

If you’d like to have a go at climbing visit the UK Climbing website for details on local climbing centres and information on beginner courses, and check out the climbing pages of The Girl Outdoors. 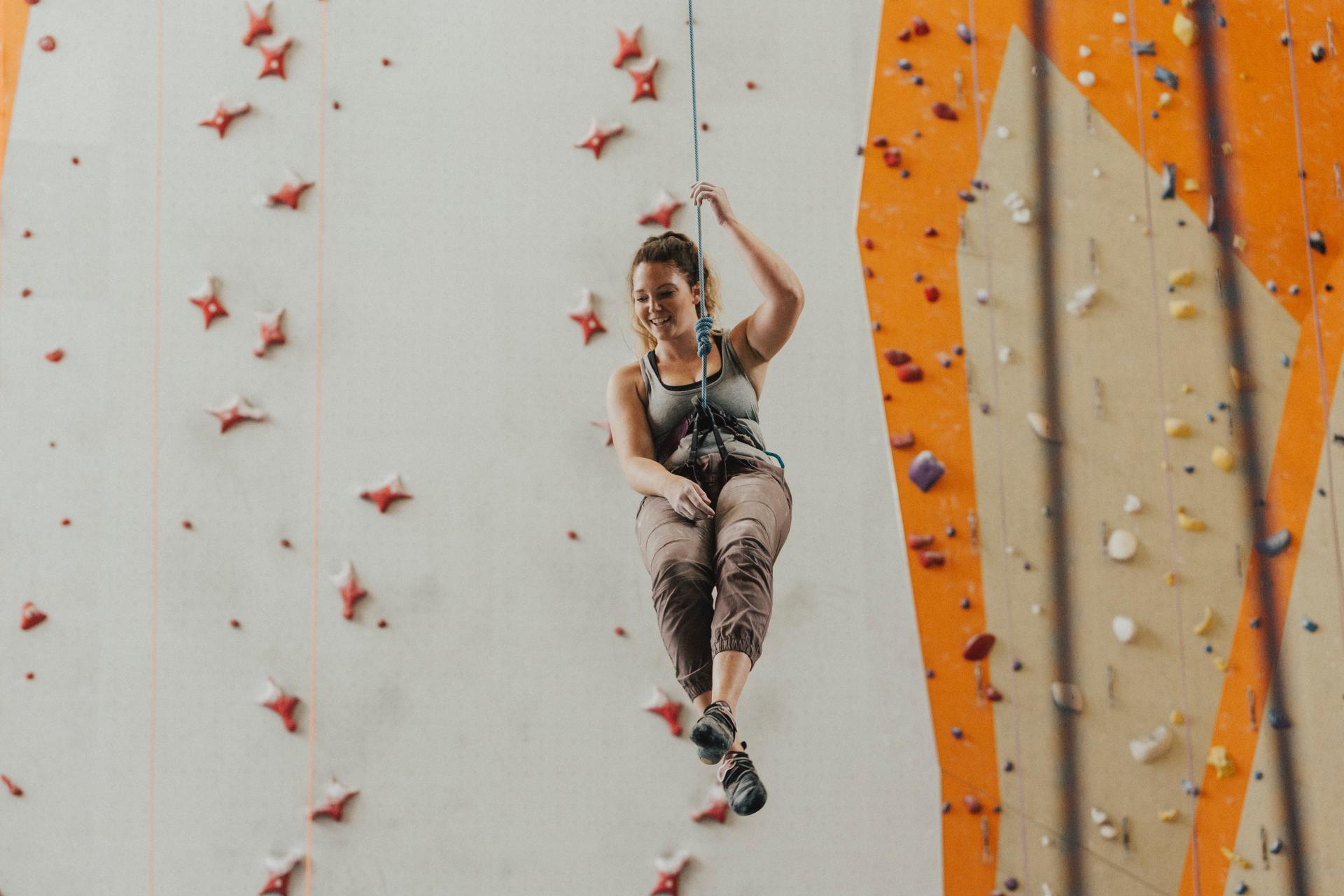