Last weekend we stayed in one of the loveliest places in the world. 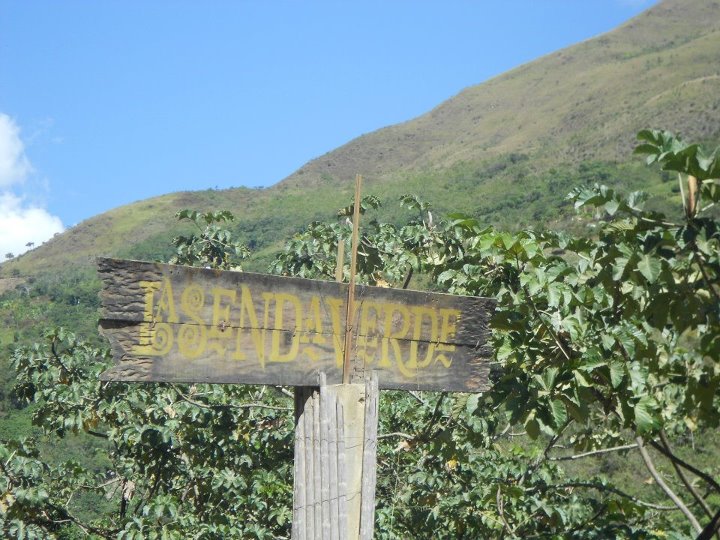 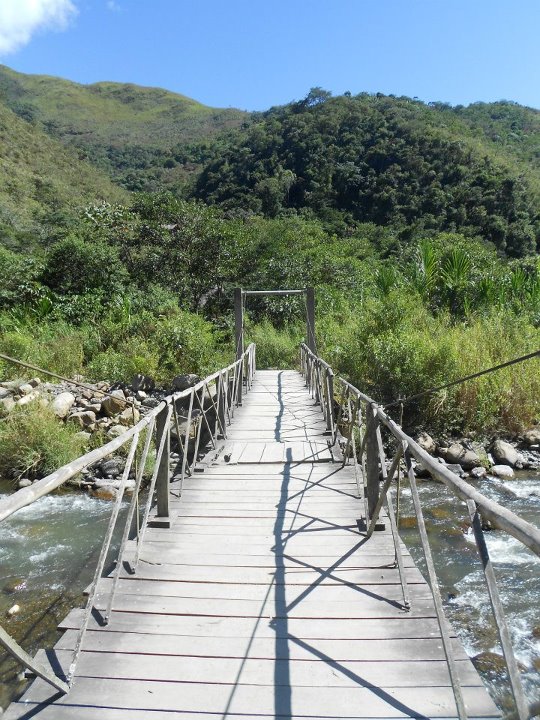 La Senda Verde is an animal refuge that has literally been cut out of the jungle, so much so that it feels like the wild is doing its best to fight its way back, crawling tendrils up pathways and wrapping itself around cabins. 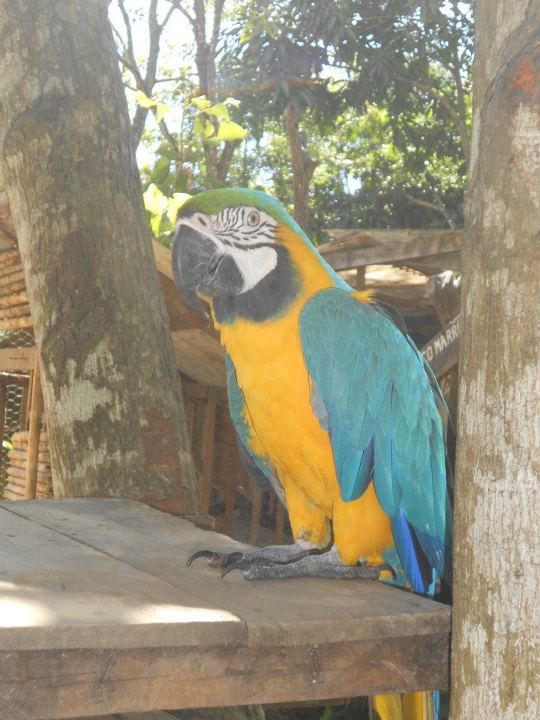 The refuge rescues exotic animals like monkeys, turtles, bears and birds from dodgy tourist attractions or owners who don’t know what they are doing and gives them a home.

The animals are free to roam the area, meaning that every tree over your head or bush next to your feet magically contains a friendly howler monkey or squawking guinea fowl.

To access La Senda Verde, you walk off a dirt road and cross a rickety rope bridge over a river to the other side, an enchanted island where endless little walkways lead to each corner of the refuge, including a clearing dotted with little brightly coloured houses, with a tree inhabited by a water cat at the centre, an open area populated by a rainbow of parrots, a restaurant under a thatched roof that squirrel monkeys play in, and across another tiny bridge, a huge jungle enclosure where Aruma, the spectacled bear lives. 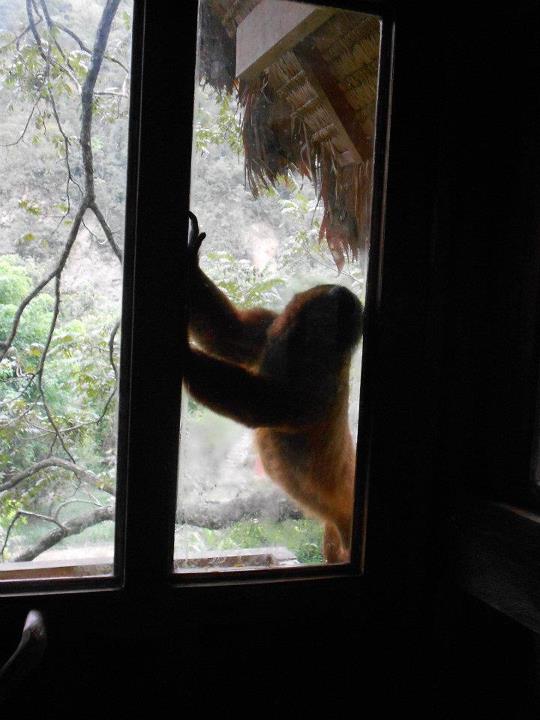 We stayed in the ultimate in eco-tourism, the refuge’s gorgeous treehouse, which had two tiny little floors covered in beanbags, a rope bridge to access it and a balcony overlooking the valley. 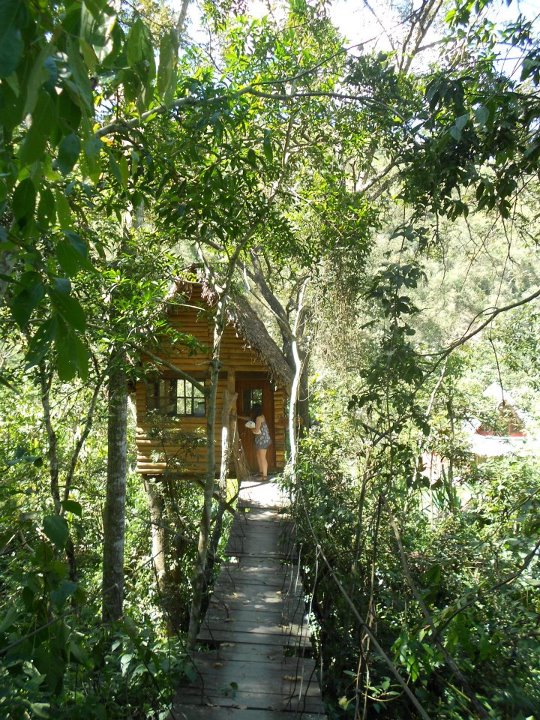 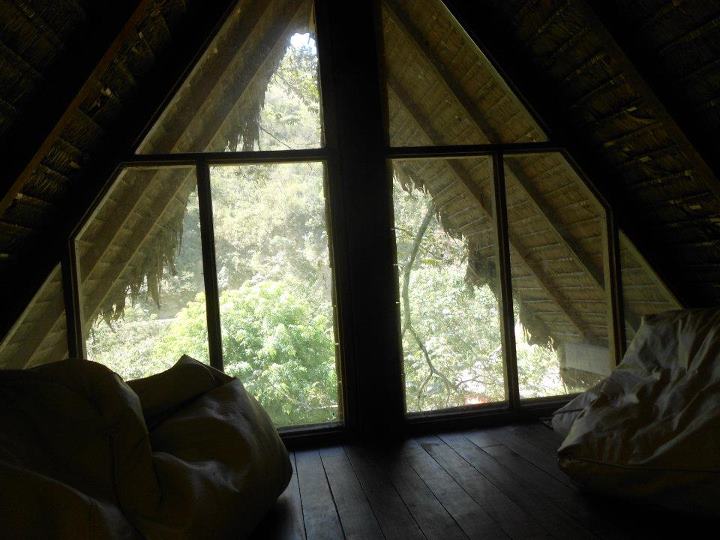 Lying under a mosquito net listening to the noises of the jungle is the nicest way to fall asleep ever. The next morning I sat outside and watched parrots fly past in matching pairs until a friendly spider monkey came to keep me company. 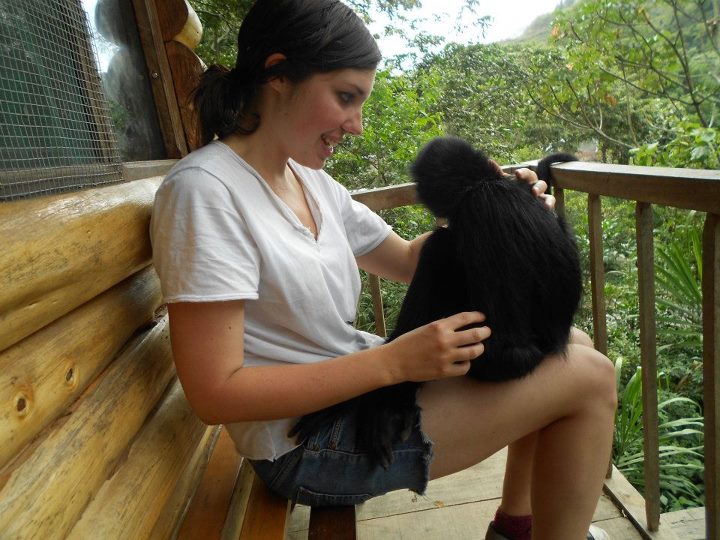 One of the loveliest parts of La Senda Verde is the natural stone pool cut out of the river that is part of the complex – the current threatens to pull you downstream but the water is beautiful and clear. You just have to watch that the monkeys don’t steal your clothes from the rocks. 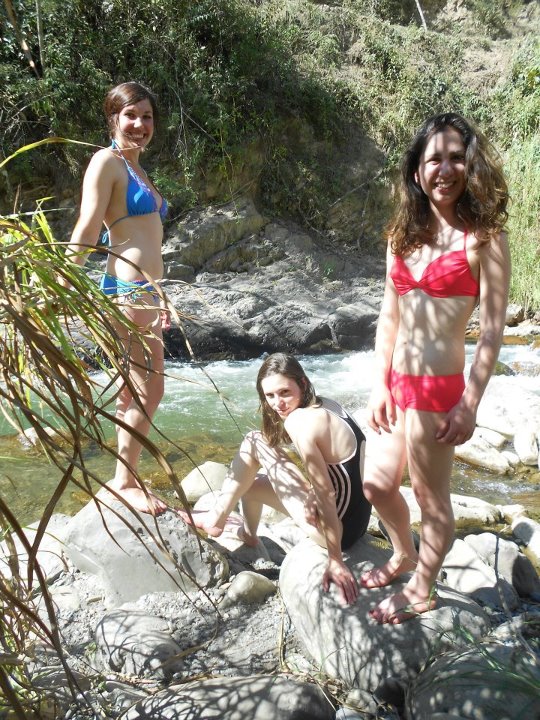