For the second of my adventures with Jeep to celebrate their Renegades Wanted campaign I to learnt to shoot arrows from a cantering horse. When the zombie apocalypse comes you’re going to want me on your team. 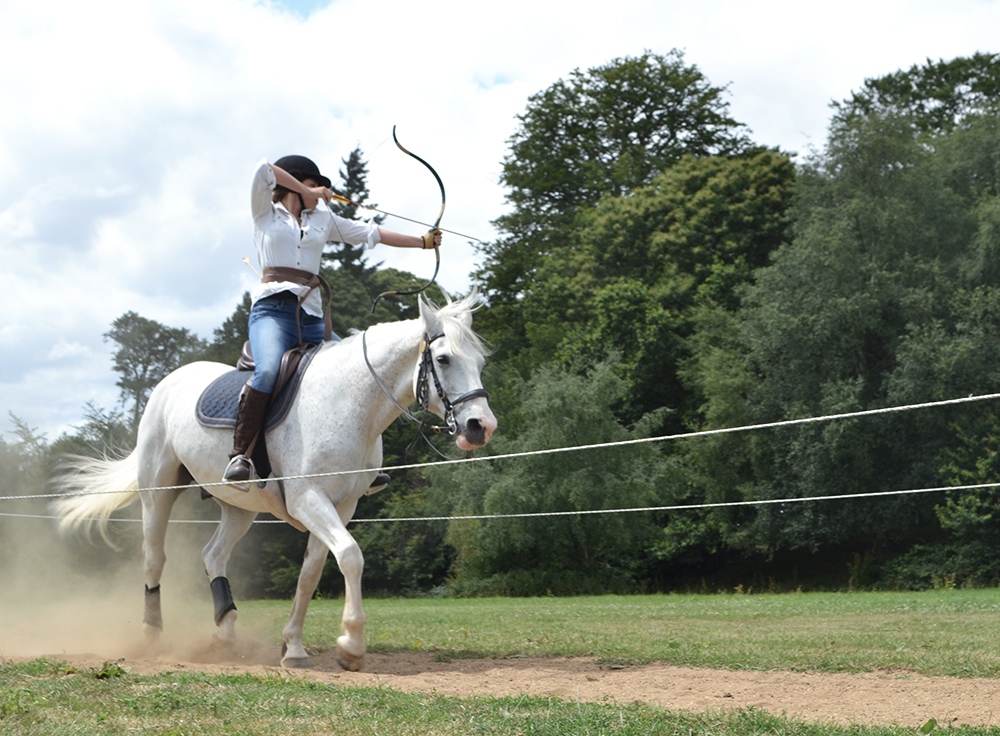 Adrenaline lovers Jeep have launched the Renegade, an all-new SUV that’s ready for whatever adventure you care to fling at it. And to celebrate? They sent some lucky competition winners off to try some incredible experiences this summer, including learning to parkour, going off-road racing, having a snowboarding lesson with British pro Aimee Fuller and cage diving with sharks.

To celebrate the campaign my horse-mad friend Immy (check out her lovely blog, the Wild Rambler) and I ticked something off our own active bucket lists – horseback combat, or the art of shooting arrows at targets from a cantering horse. You know, just casually. 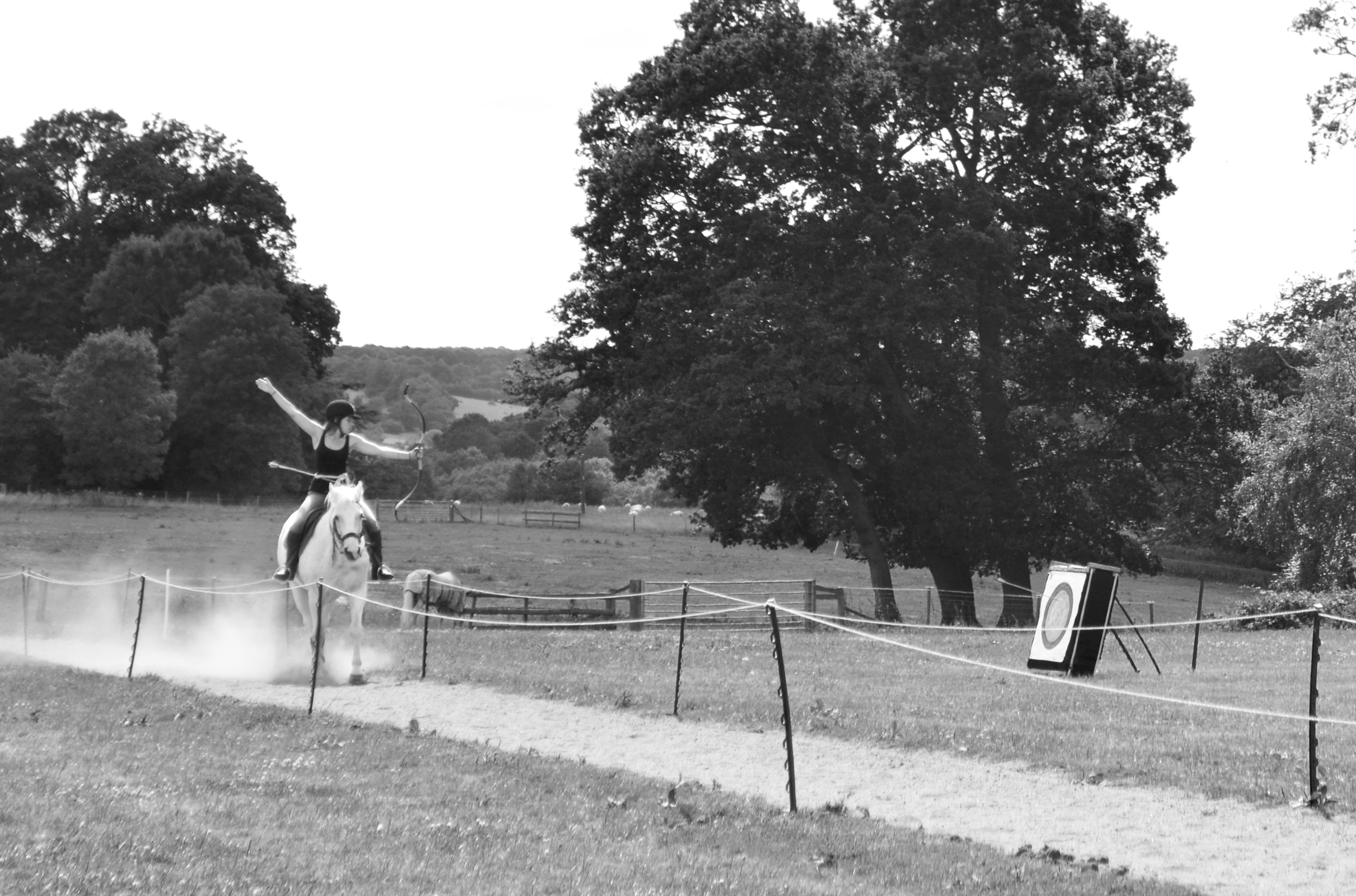 Horseback Archery originates from the people of the Steppe region, and now survives as an active sport in Korea and Japan. This beautiful display of great horsemanship and a keen aim is still popular in countries such as Hungary and Germany, but it’s less well known in Britain. Enter the incredible duo of Karl Greenwood and Zana Cousins-Greenwood, who run the Centre of Horseback Combat on a beautiful estate near Hemel Hempstead. Here they teach anyone with a secret desire to be Princess Merida from Brave how to use a bow and arrow on one of their lovely mounts. This also means that in case of zombie invasion a small group of British riders are very prepared to battle on the front lines.

Immy and I were greeted at the old brick stables by flapping flags, the helmets of jousting knights mounted on the wall and a very friendly dog named Dakota, lazing in the sunshine. Karl and Zana talked us through the day, kitted us out with bows, an archer’s glove for our shooting hand and a quiver’s worth of feathered arrows. Time to hit some targets. 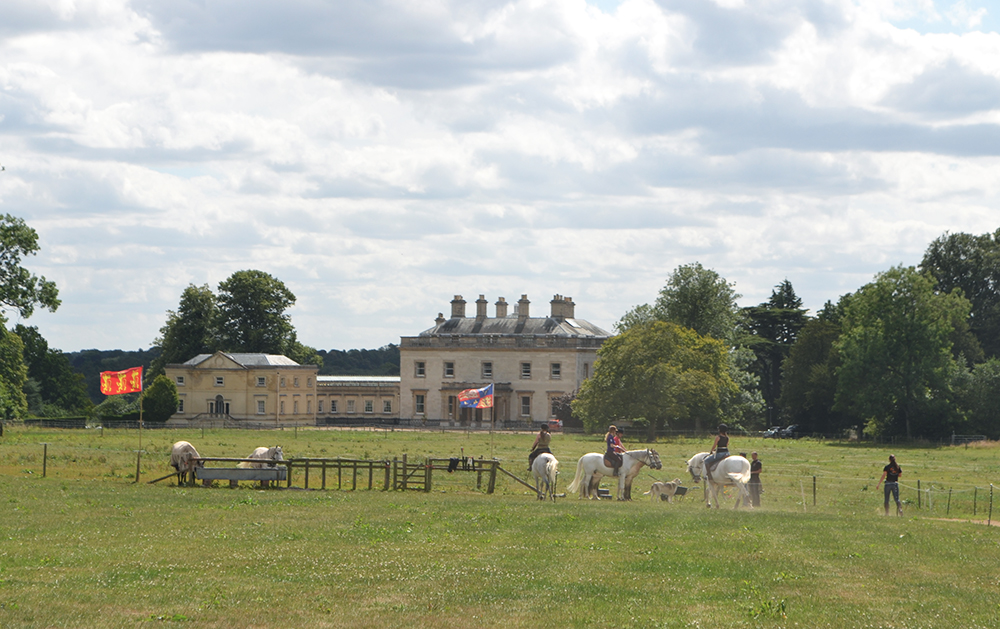 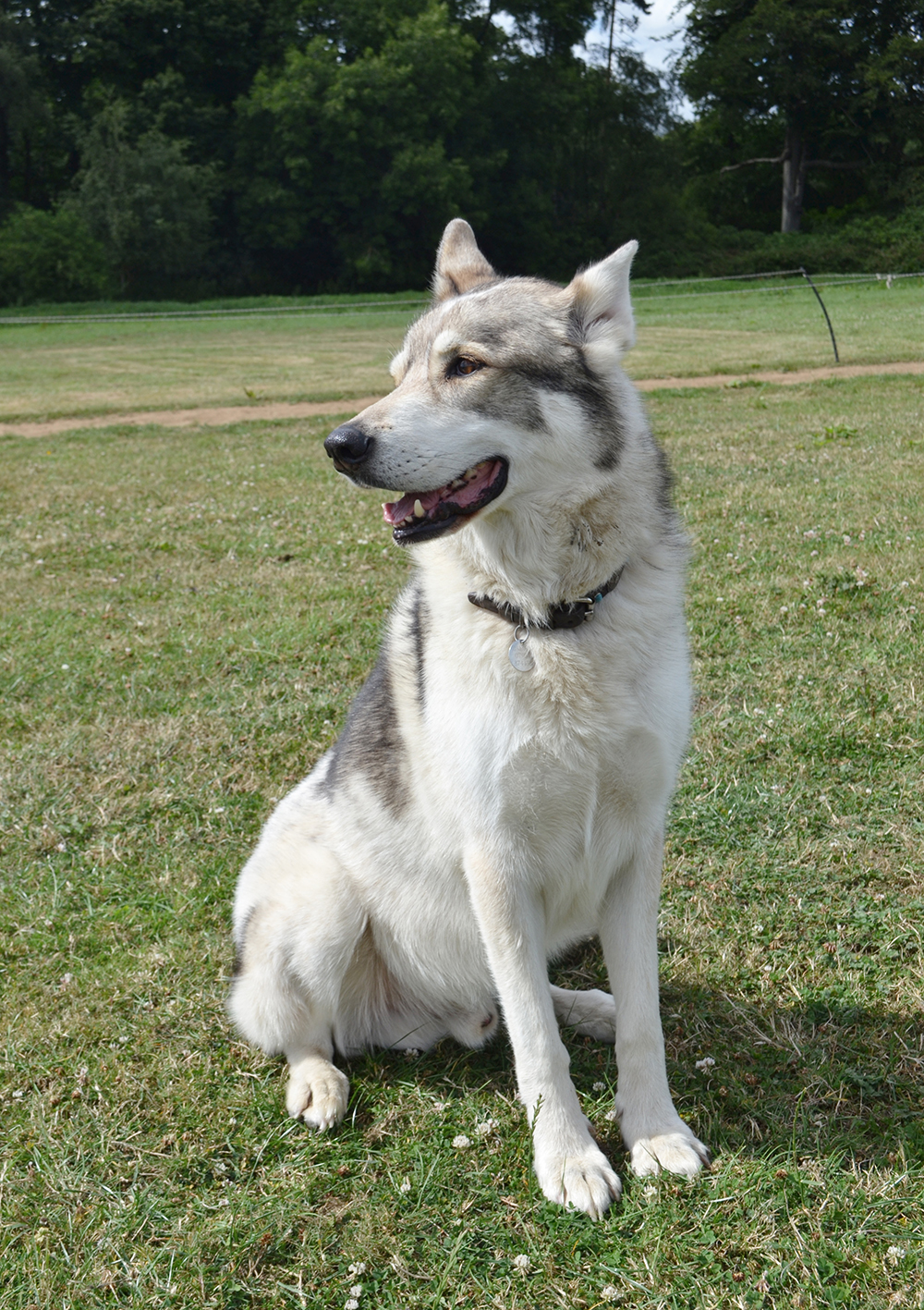 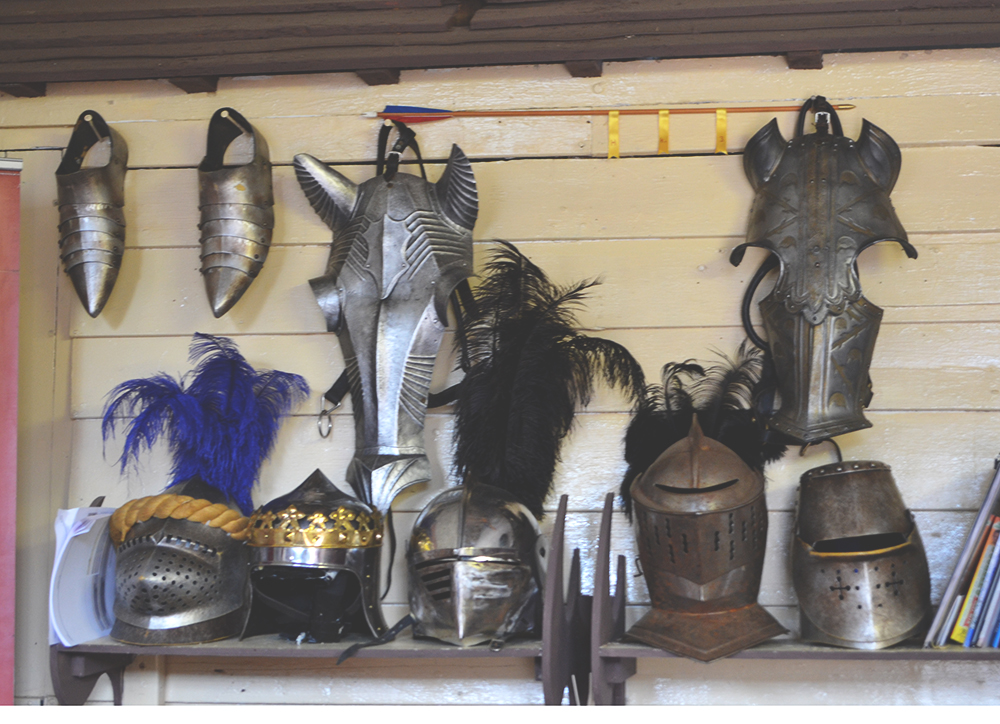 There are no horses involved in the first step of horseback combat – instead we practised on the nice safe ground, with targets that weren’t moving past us at speed. Karl coached us through the steps of pulling an arrow from your belt, stringing it, drawing it, notching it and then releasing your weapon in the rough direction of the target. All fine, when you don’t have a two-second time window in which to complete this feat. Oh, and you’re not allowed to look at your hands, either! 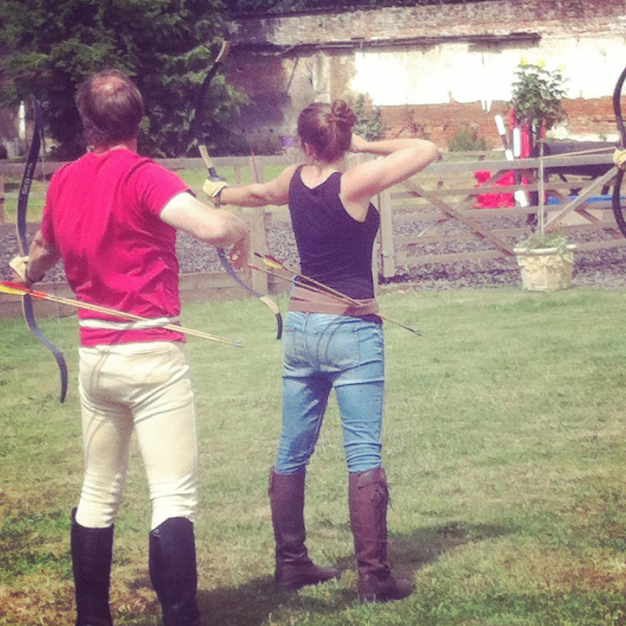 Once we had a vague idea how to use our bows, it was into the saddle. I partnered up with Oscar, a beautiful Irish grey who was incredibly patient with me as I fussed about on his back. We walked our horses slowly up a dirt track past three targets as Karl and his enthusiastic helpers led our mounts. It turns out shooting from the saddle isn’t harder than from the ground – aiming just feels different. As our confidence grew we progressed to trotting alone, with was mentally pretty weird, as you have to let your reins go and trust your horse to guide himself as you reach back for each arrow and let it loose. 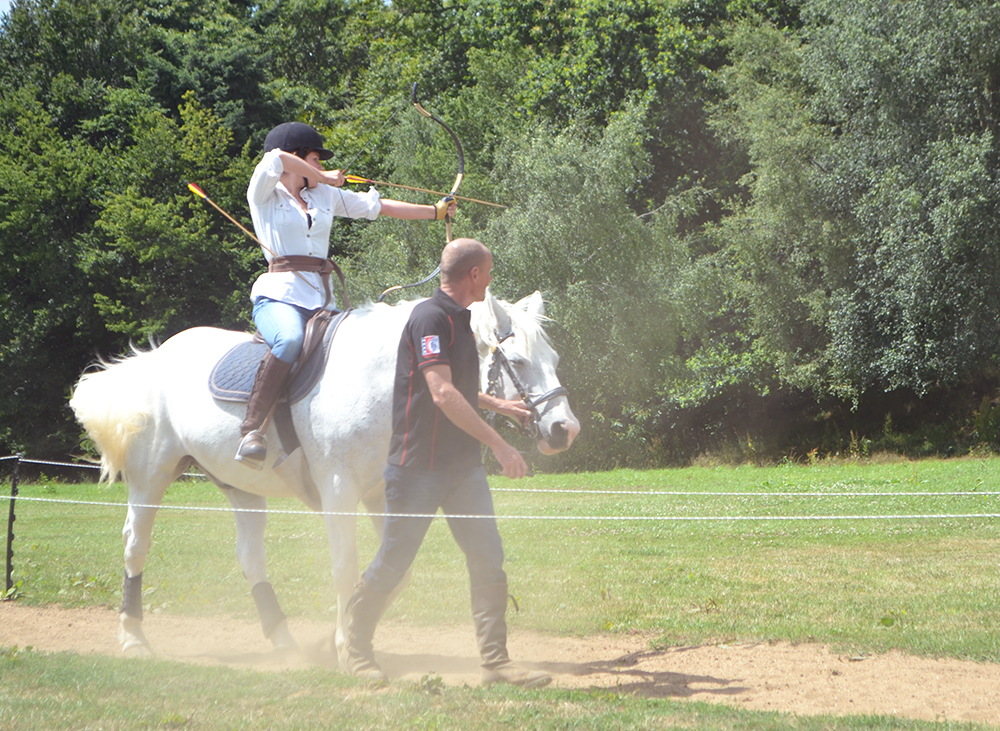 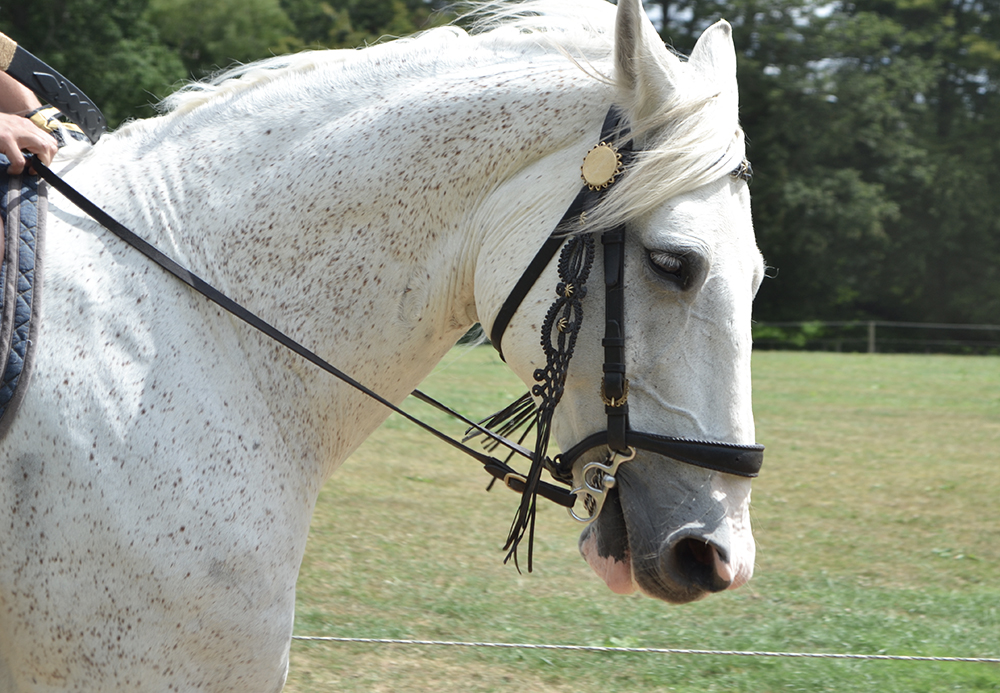 After lunch it was time to try shooting at a canter, which gives you a grand total of 14 seconds speeding along the track in which to hit three targets. Karl told me to imagine someone I really hate as I raced down the line in a cloud of dust, letting Oscar do his thing and concentrating all of my efforts on my aim. Seeing an arrow thwack into the heart of a target as you rush by is a high I’ll never forget – those zombies won’t know what’s hit them. 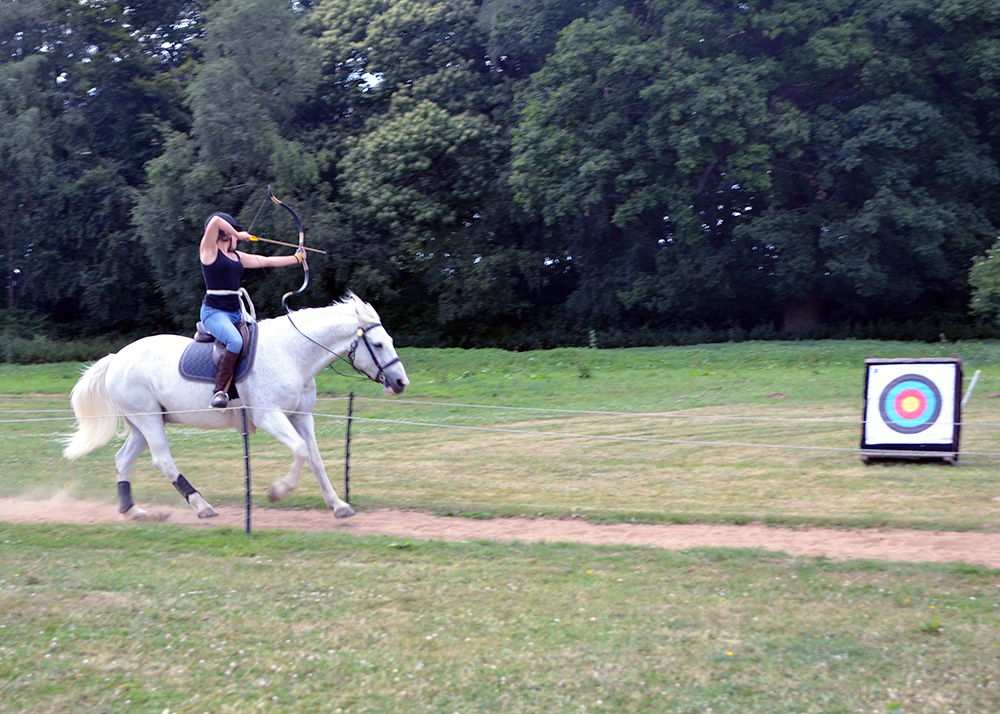 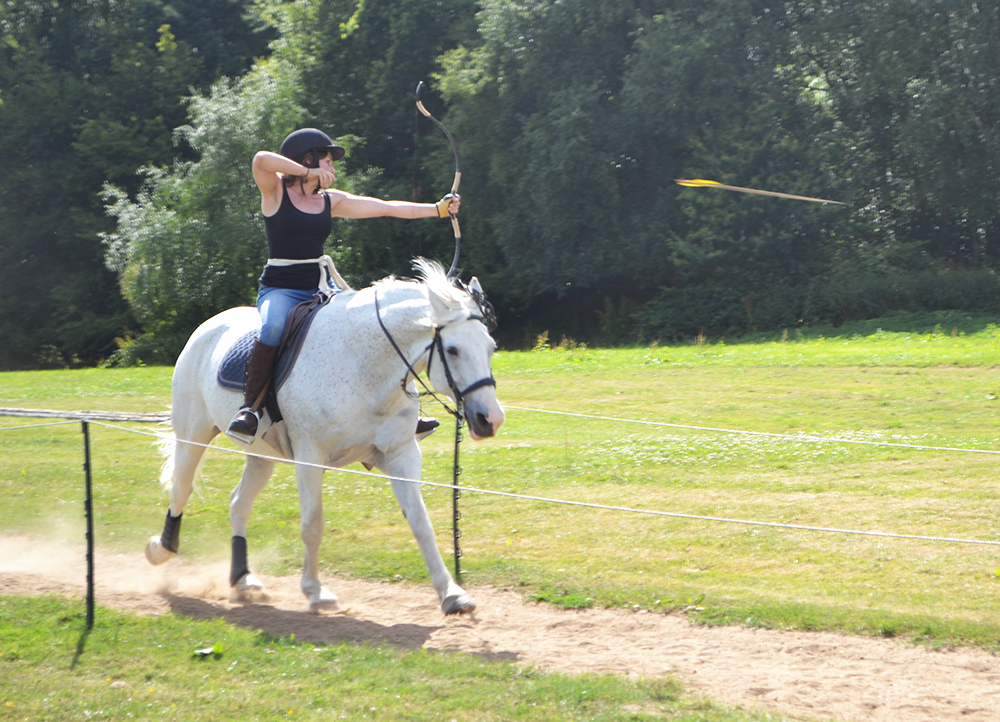 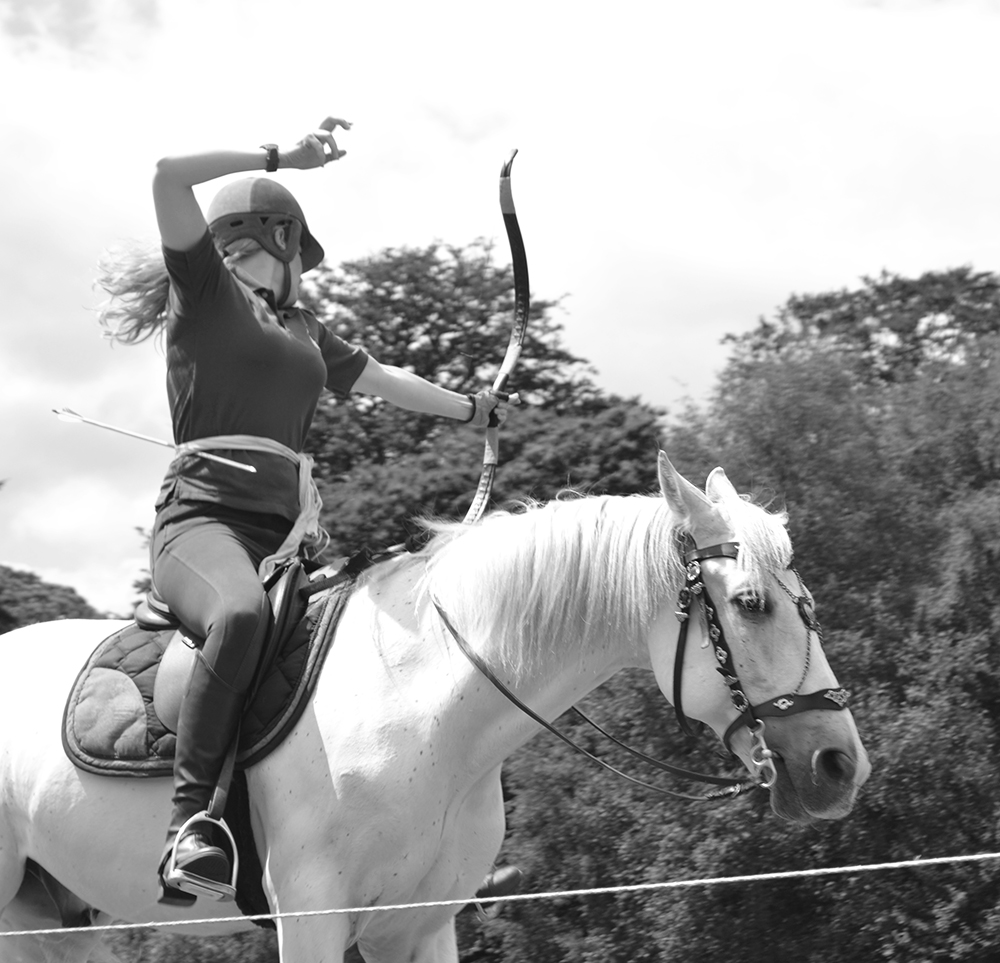 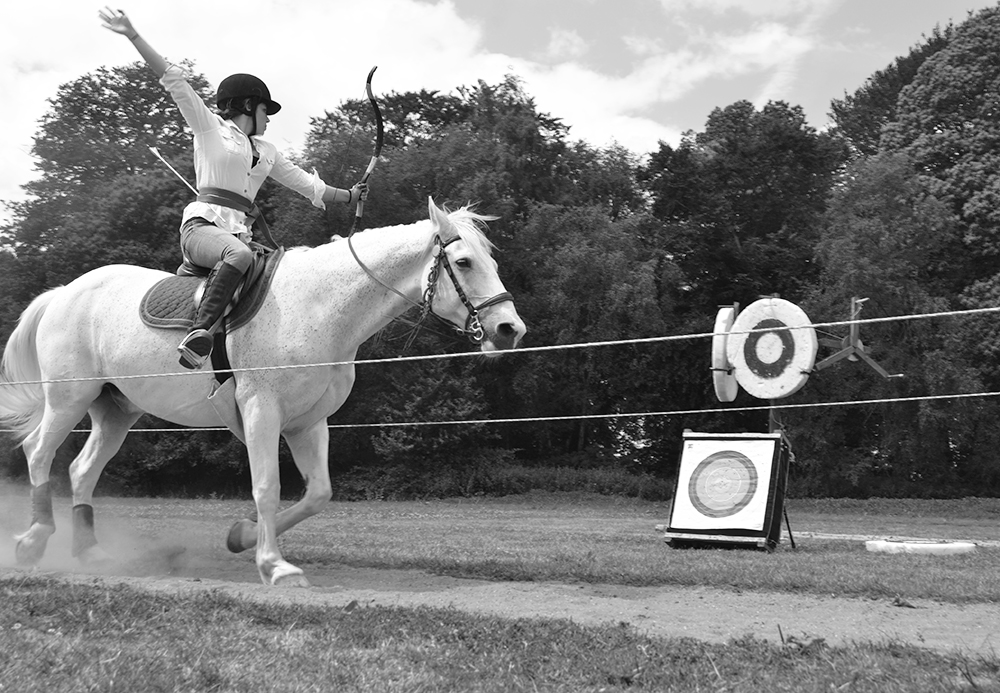 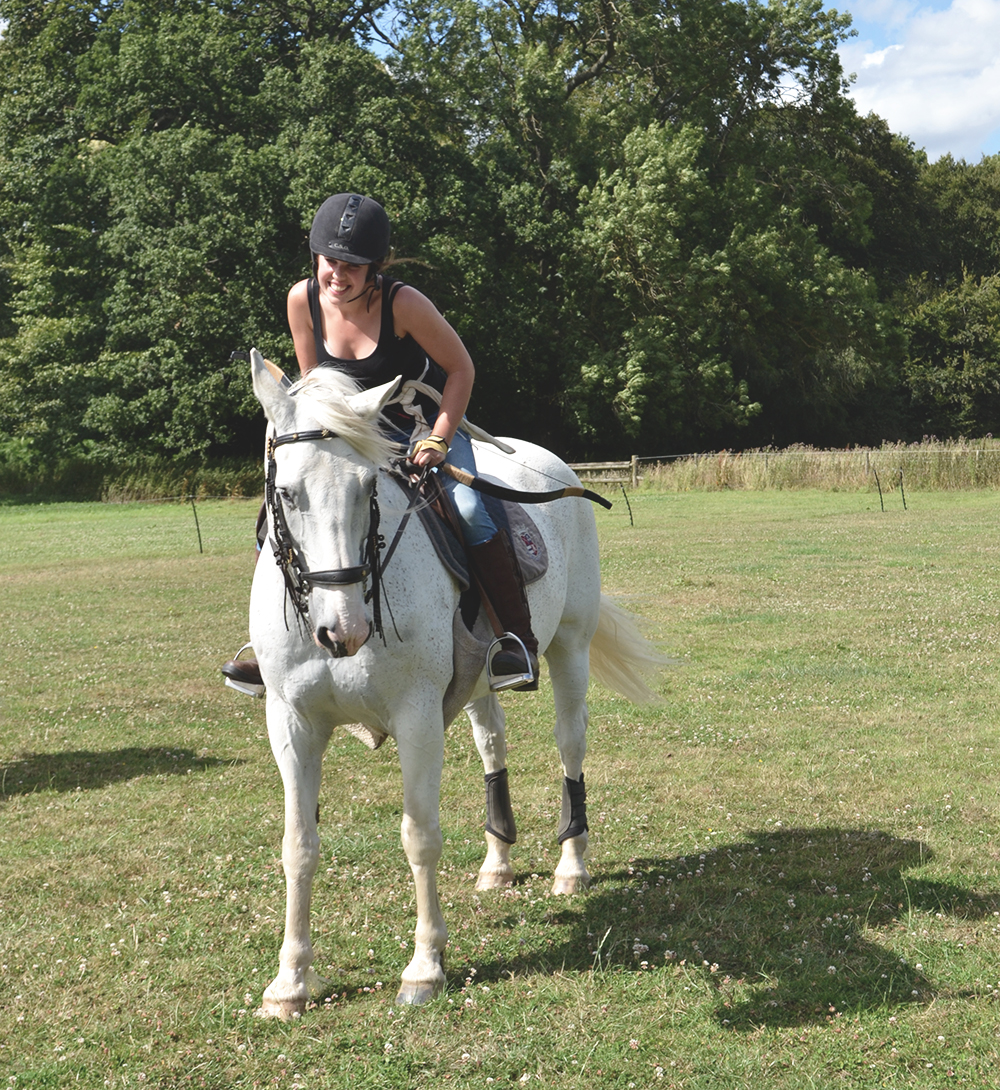 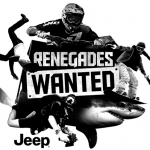 Find out more about Jeep’s fantastic new Renegade 4×4, designed for explorers. And here’s my first #Renegadeswanted adventure, a snorkel with wild seals.

A day’s horseback combat course at the Horseback Combat Centre costs from £175.