Hiking the Trotternish ridge, eating like kings, sleeping under the stars and getting very wet socks with Skye Wilderness Safaris. 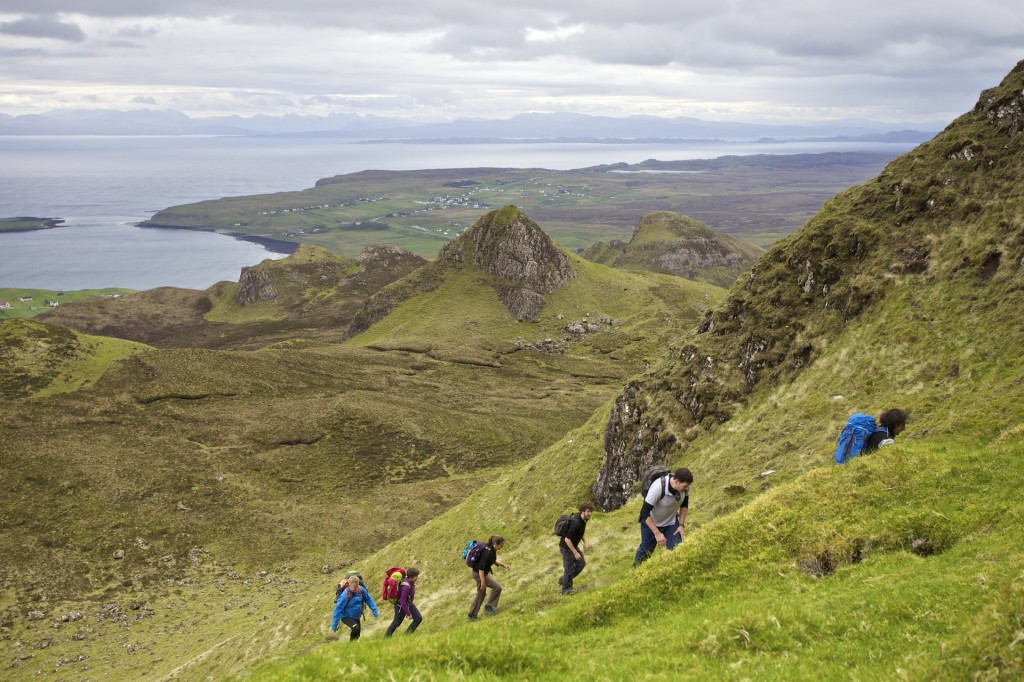 Skye Wilderness Safaris isn’t your average hiking tour. Founder Marcus and his team are based in the wilder parts of the beautiful little Isle of Skye, ready to take you off the beaten path and far from the madding crowd on a two-day hike through some of Britain’s most epic scenery, with a cosy bell tent and a slap-up meal waiting for you after a hard day’s exploring.

The night before we were off hiking Pete and I stayed in Portree, the only town on Skye. The evening was balmy, with a deep yellow sun setting over the hodgepodge of pastel-coloured houses on the harbour. I was wearing flipflops and I’d been lulled into a certainty that the weather the next day would be delightful. 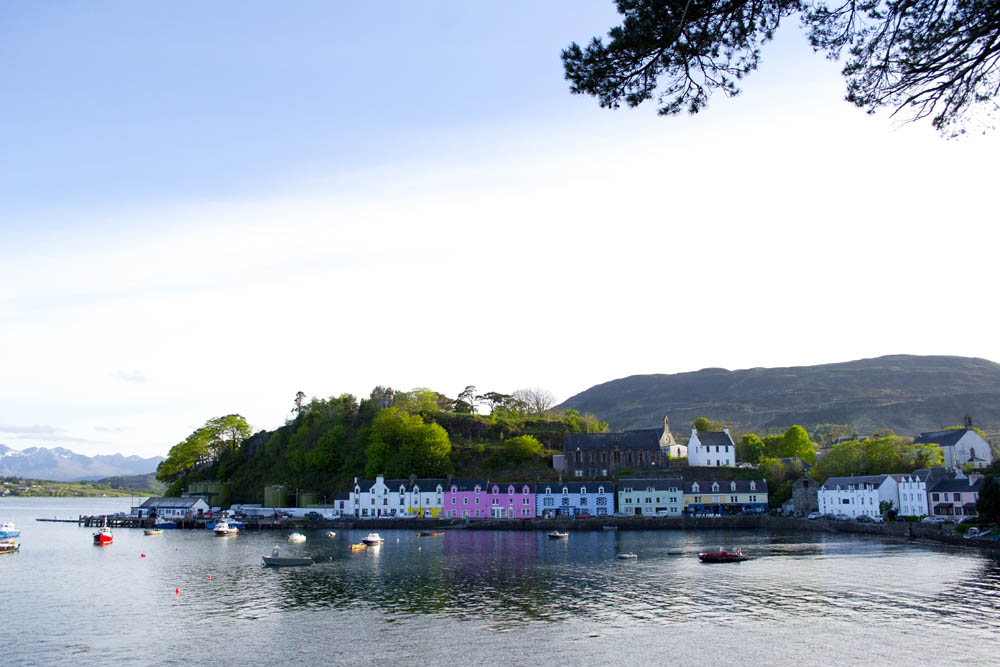 In the morning Marcus and his team bundled our gang of Gore-Tex clad hikers into landrovers and drove us twenty miles to the beginning of the walk. Head chef Johnno ceremoniously handed us packed lunches and waved us on our way. We started into the foothills under calm blue skies, and the walk was already rather breathtaking – the springy heather underfoot and towering green peaks above made me feel like I’d stumbled into Lord of the Rings territory. 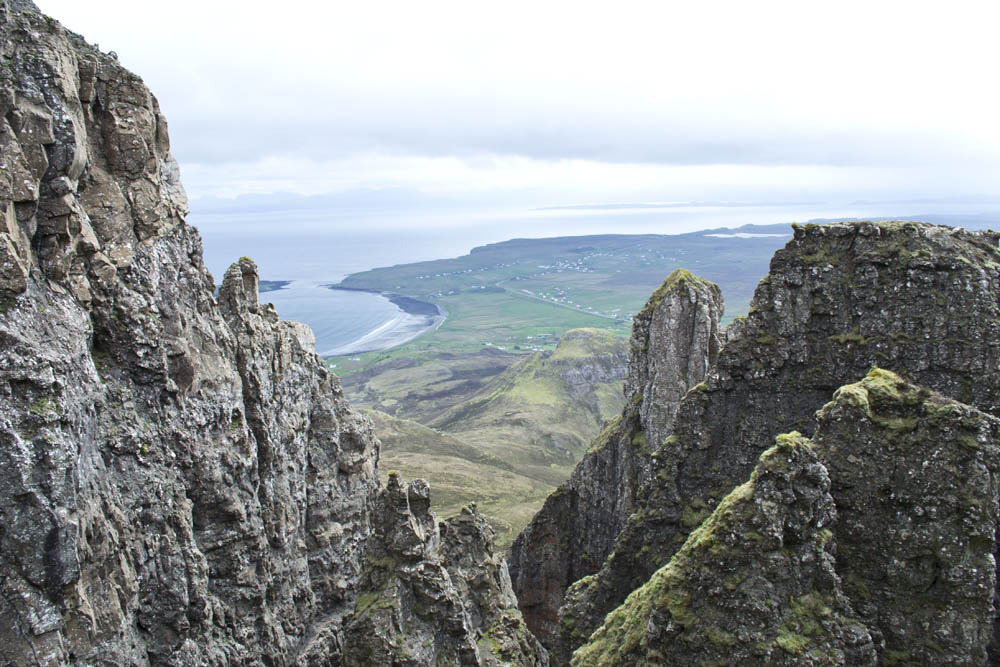 The first steep climb before hiking the Trotternish ridge rewarded us with a perfect view over Skye to the twinkling sea. Our lovely guide Louis distributed wine gums for our efforts as we climbed up to the Table, a plateau like a football field that towers above the Needle and the Prison, ominous rock formations that don’t quite look like they should be able to stand upright. This is where to come to if you want to feel like you’re alone on an untouched planet. The wind was blowing like a mad thing by this point, but we happily sat down for a rest and some of the deliriously good banana bread that Johnno had packed us for elevenses.

We stopped again for lunch, which was a veritable feast – a homemade pork pie, veggie concoctions and the officially the best brownie I Have Ever Had. Ever. I saved some of it for emergencies, which was lucky, because five minutes later the heavens opened and the rain descended on us in an unbroken sheet of water. A sheet of water blown by the wind right into our faces. And then it carried on for a good five more hours. 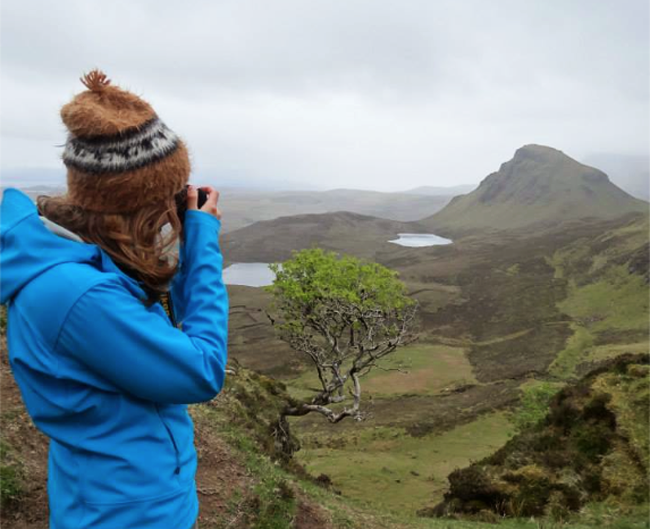 We plodded sadly up to the highest summit of the day – Beinn Edra, at 611m. After hour three my hardworking hiking boots gave up the ghost and filled up with impressive amounts of water, and visibility was so bad that I fell over a disorientated lamb who then followed us for a bit. At this point I decided it was time and ate my emergency brownie. 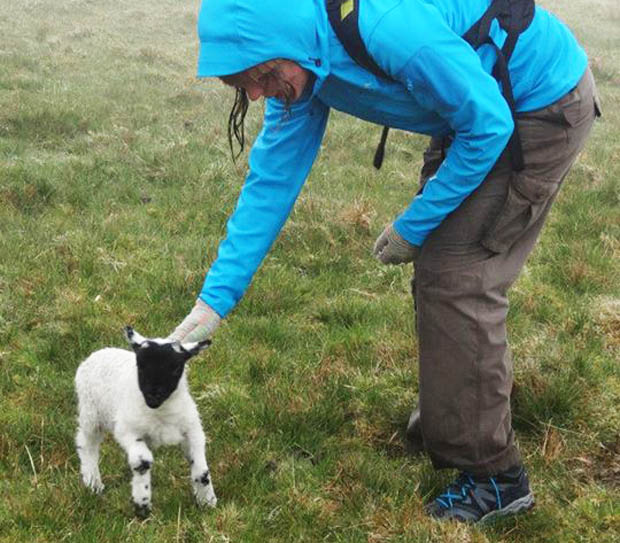 The summit had promised panoramic views and much jubilation, but instead it was just walking up a steep hill and then walking down again, blind. Poor Marcus was rather heartbroken, but by that point we were all so cold and wet that we’d bonded over how hilariously soggy we were and were getting on famously.

Despite the fact that I couldn’t see Marcus about ten feet in front of us, he heroically led us to the camp, where Johnno was preparing the most incredible food ever to be cooked on a camping stove. He really needs his own TV show. I was so cold that I couldn’t feel my toes, but putting on dry clothes in our beautiful bell tent was one of the most comforting experiences of my life (followed in close second by being handed a huge flask of coffee, generously laced with whisky). We all piled into another tent and the guys served us up myriad delights – mini slider burgers, perfectly cooked lamb and salted caramel and chocolate pots, all washed down with red wine. I’ve never felt more like I deserved food, which may have also added to the general deliciousness. And then we went to sleep, on comfy air beds in lantern-lit tent, listening to the wind howl outside. Cosiest thing ever. 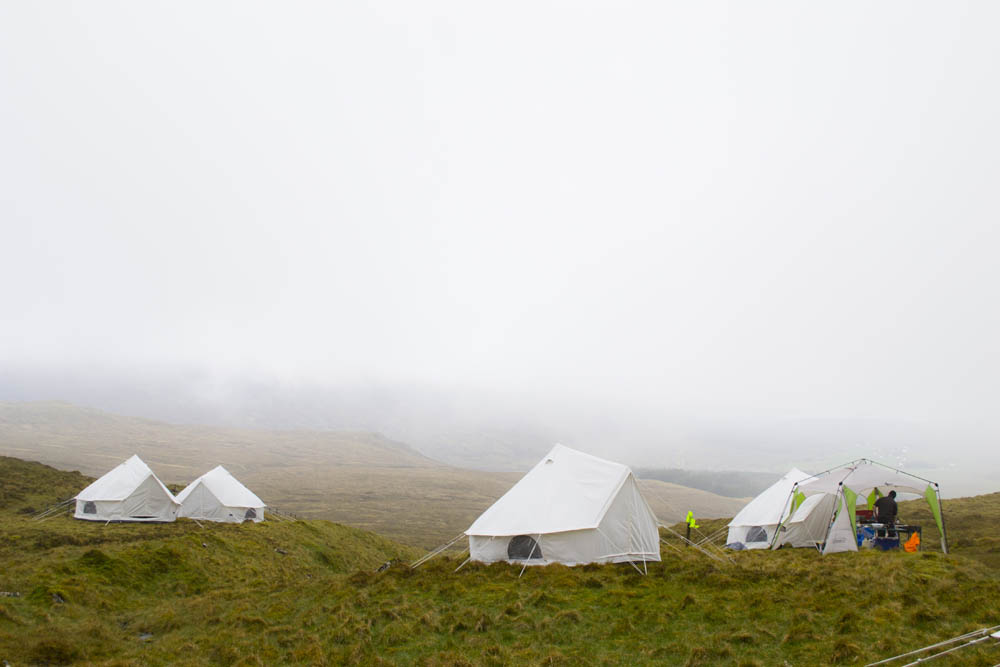 Book it: A two-day hike with Skye Wilderness Safaris costs £295 per person, including luxury camping, gourmet food, transport and a guide.

Read the story of my Scottish Highlands hiking adventure