Pete and I hit the road in a campervan named Alice for a weekend of surfing, bacon sandwiches and making friends with small ponies. 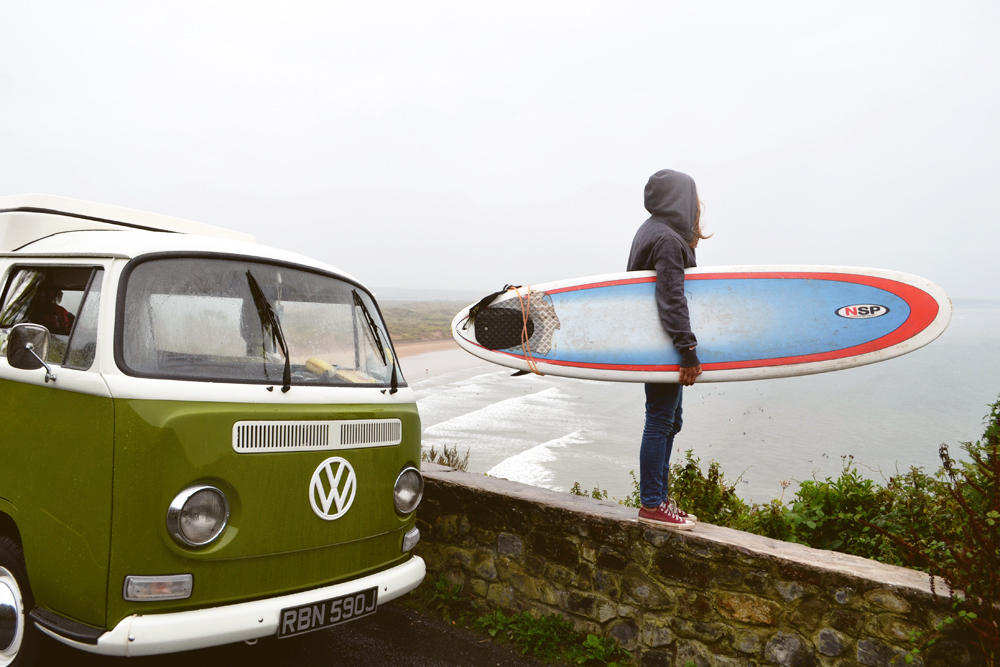 May I introduce you to the lovely Alice? She’s a bit of a beauty. A Taiga green VW campervan born in swinging 1970, she’s still going strong 44 years later, and she took us on a road trip to the Devon coast a few weeks ago for a little surf adventure. 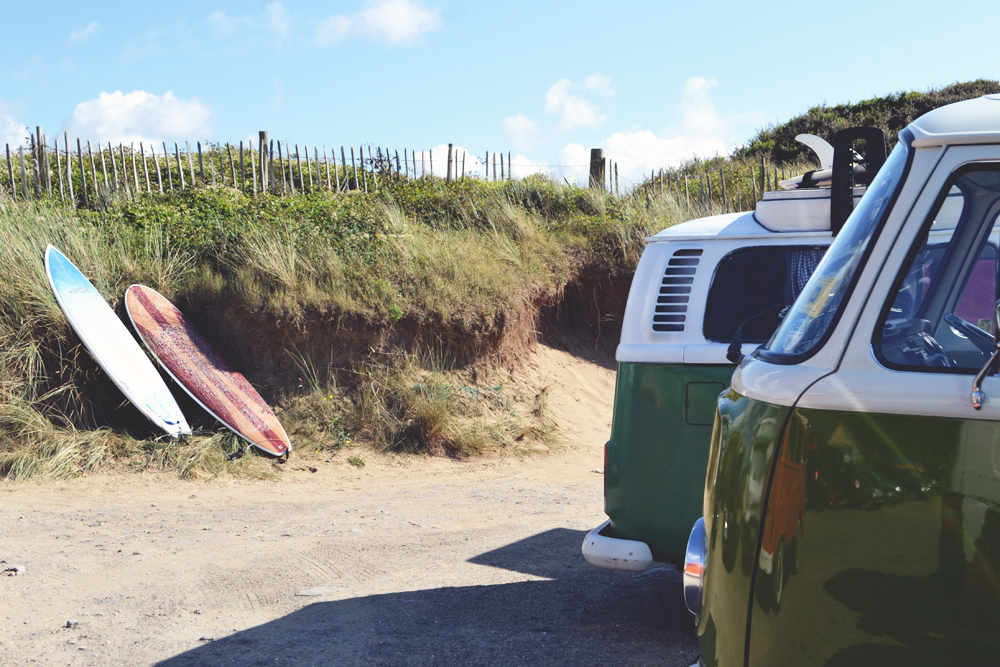 After picking up Alice near Exeter we drove to Croyde in search of some waves. Alice can only go at a very loud and trundly 50 miles per hour, which down Devonian country lanes quickly becomes a very relaxed way to travel indeed. Life’s pretty nice when you haven’t got much else to do besides be educated by Radio 4, nip into the back of your van to make a cup of tea and wave at other VW campers (all VWs wave at each other. It’s a Thing and it’s brilliant). 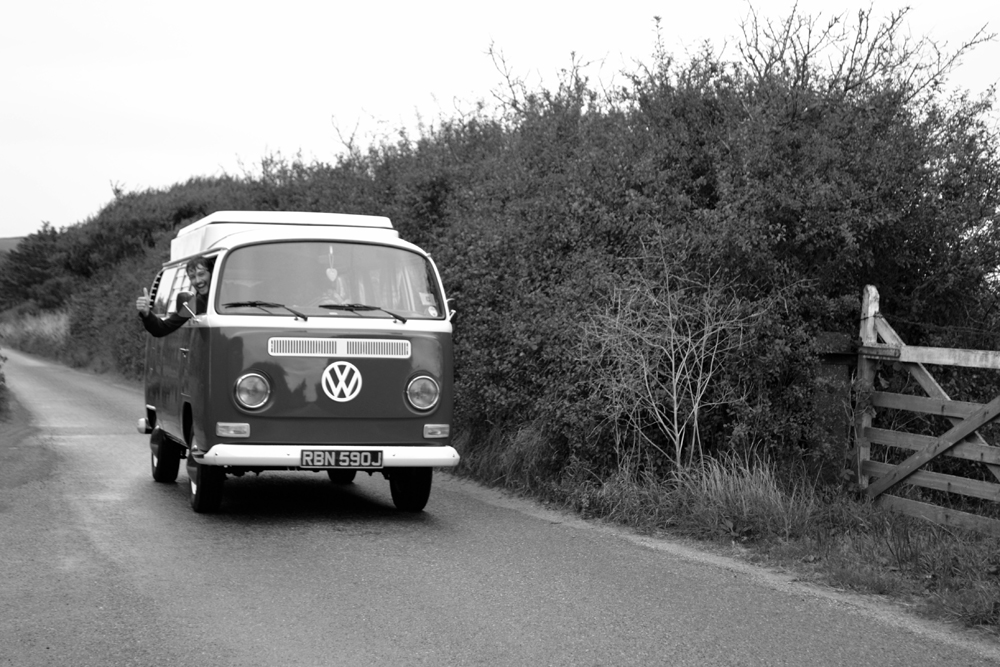 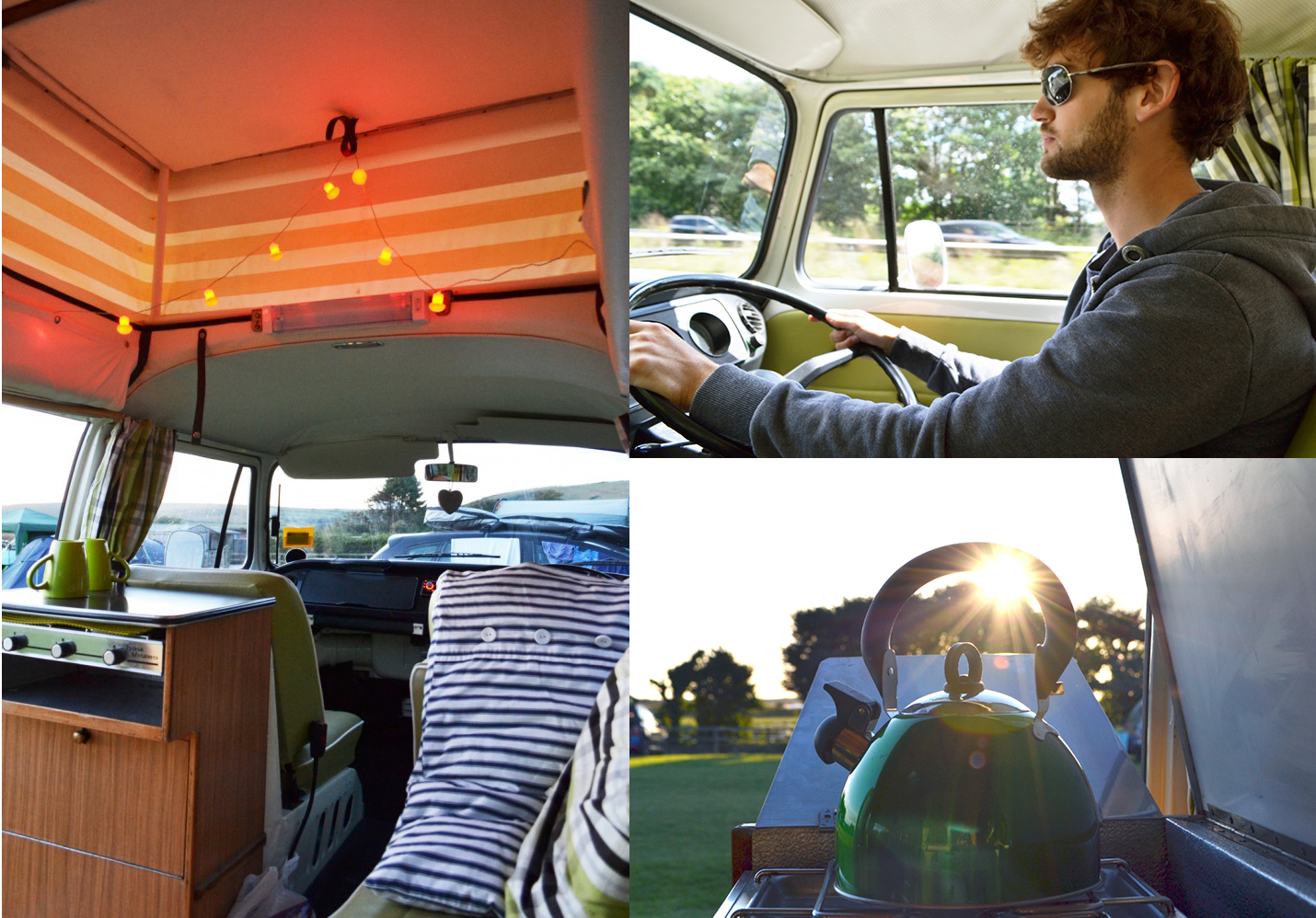 We parked Alice at the Secret Spot for the weekend, a dinky little camping site near Saunton Sands complete with wild garden and shetland ponies. Living in Alice was like playing in a doll’s house. Everything had it’s own compartment and seemed to double up into something else – the comfy little sofa and table magic into a bed, a seat hides all the crockery beneath it, there’s a tiny hidden stove ready to cook on and a sink seemingly designed for pixies. Serious fun. 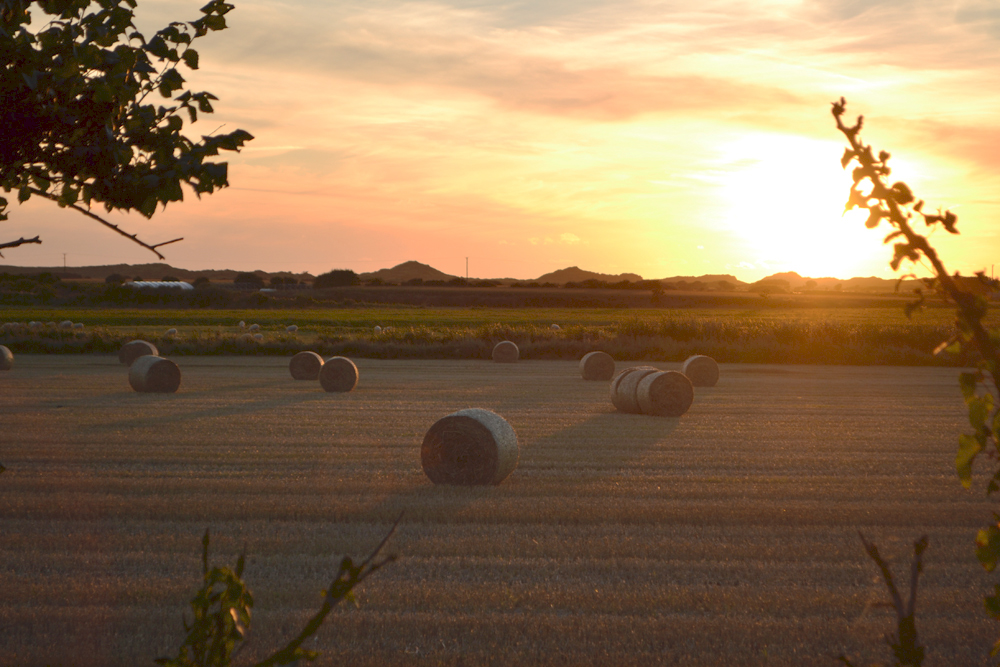 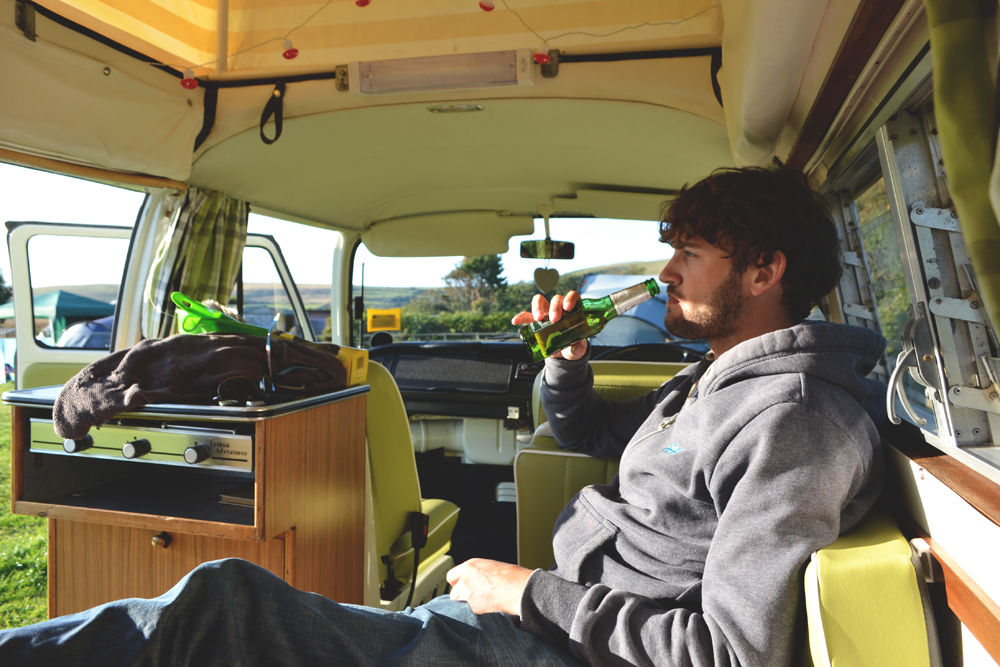 We made a pretty fab stew on the lilliput stove and sat in Alice’s door to eat it, watching the sun go down, then had a wander around a nearby field of friendly Shetland ponies, who tried to nibble on Pete when he attempted to make friends. The best part of all was getting to nod off in the back of the van, cocooned in duvets and sleeping bags below the fairy lights we’d strung up in the pop-up ceiling. Cosiest thing ever. 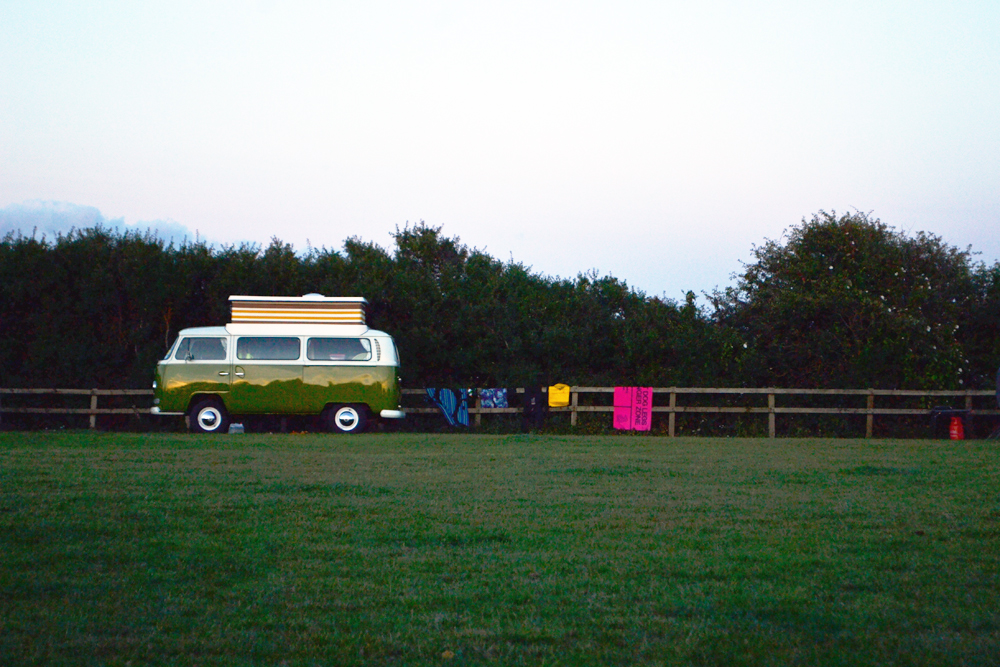 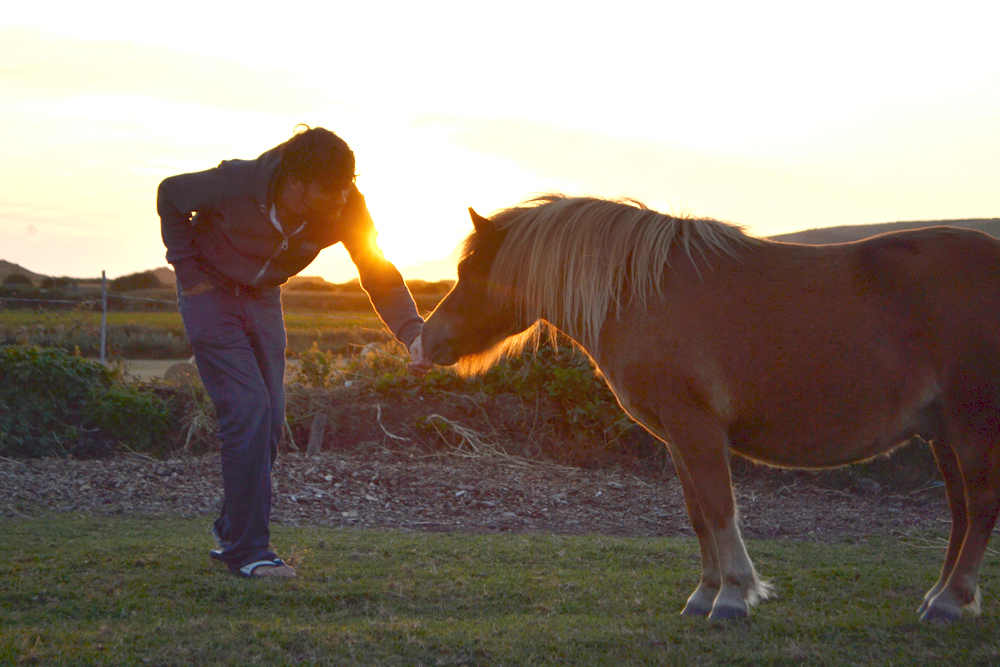 Oh, and we went surfing loads, of course. The first day was glorious blue skies, but the second was less sunshiney, so we ended up spending most of the day catching waves in the rain. My attempts at surfing still consist mainly of paddling for an eternity to get out back, sitting proudly in the lineup for a minute and then bailing when a big wave comes along, although very occasionally I ride a nice wave and decide I’m Kelly Slater. Pete’s been less often than me but predictably is already a pro. The best bit of our surf sessions was having Alice waiting for us – we could pop and drink hot tea and eat bacon sandwiches to warm up after a few hours in the sea – the perfect mini surf home. 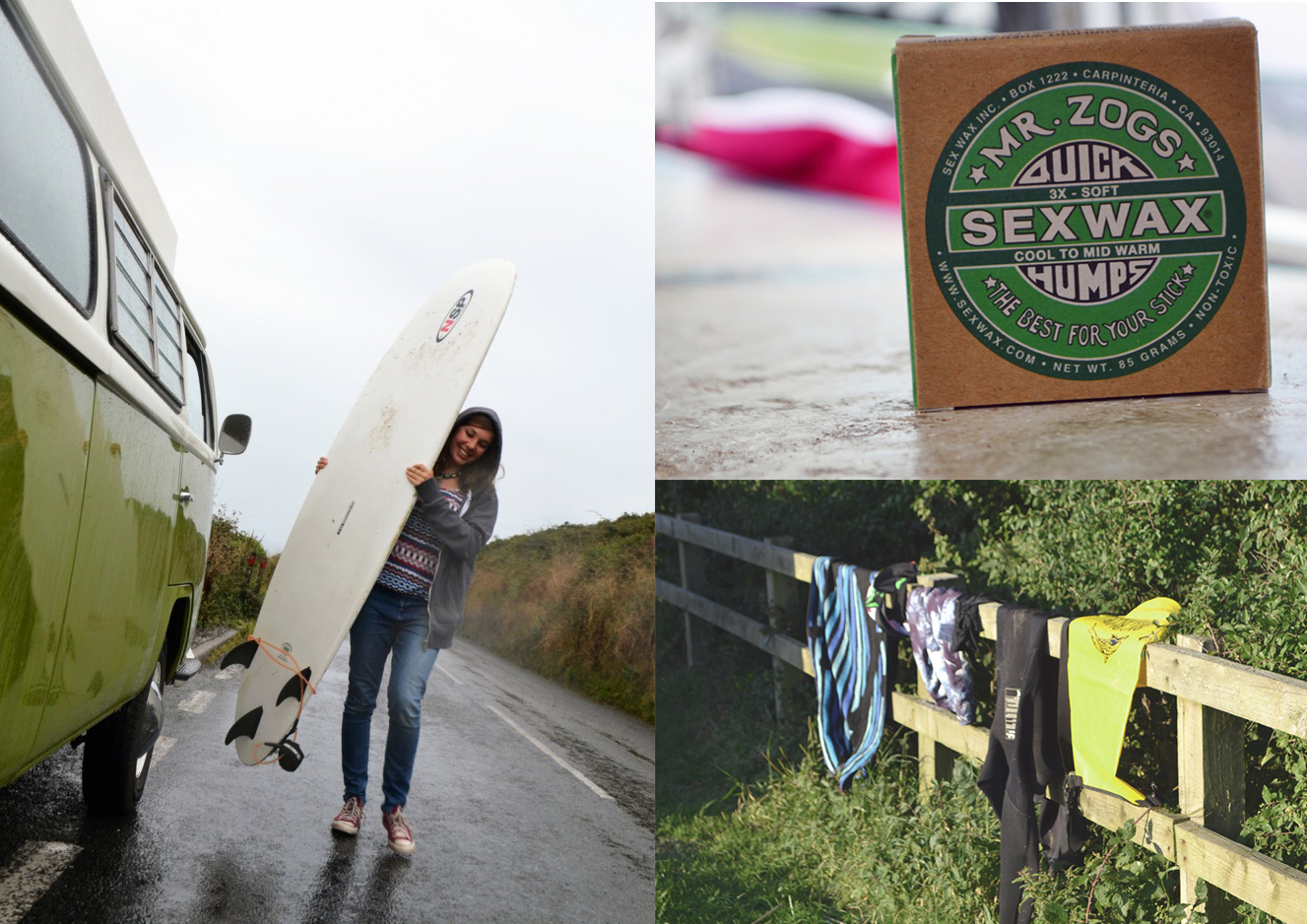 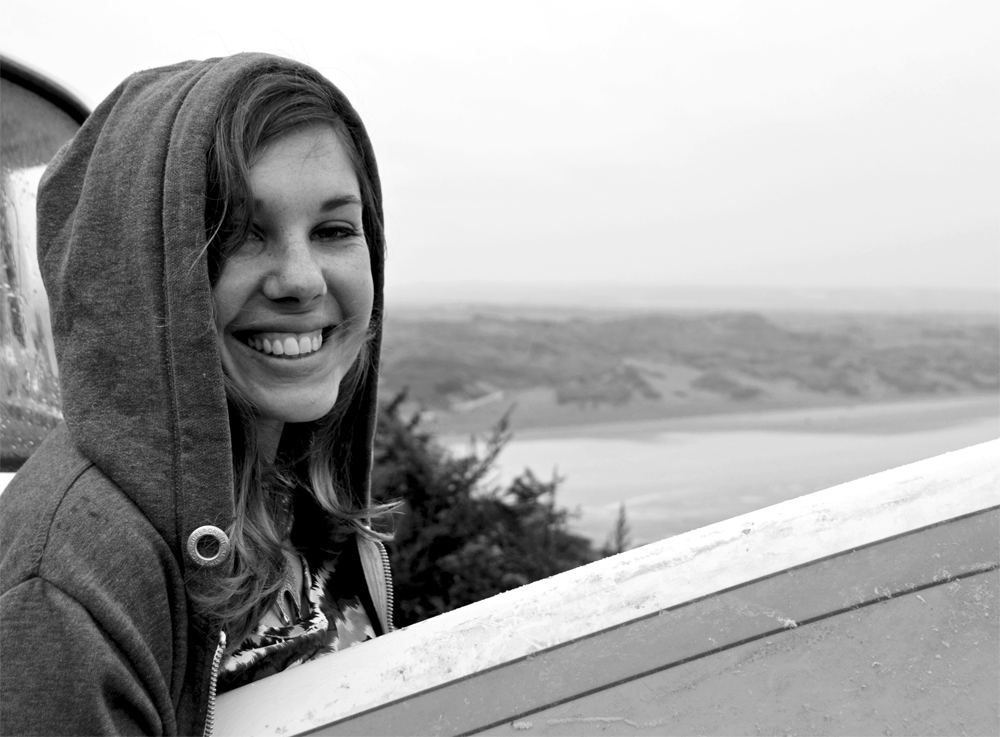 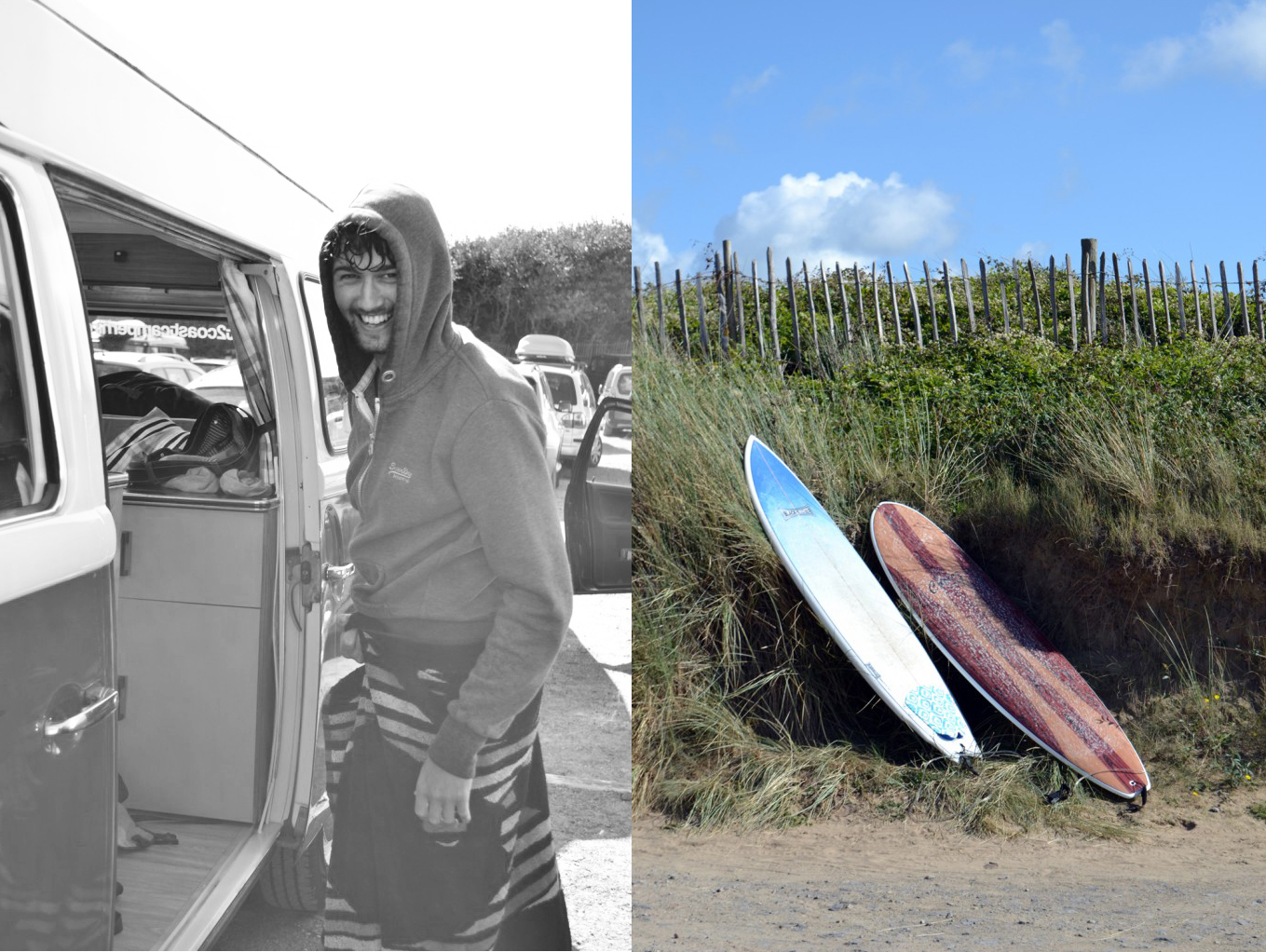 Book it: We rented Alice from Coast to Coast Camper Hire, based in Devon. Alice (and her mates Ruby, Clementine and co) cost from £275 to rent for a weekend. Stay at the Secret Spot near Croyde for £12.50 per person per night.